Well-built and brilliant to drive. The Taycan feels like a landmark car for Porsche. And remarkably, this plug-in is actually faster than any of Porsche’s other cars. Range has been recently updated with the arrival of a two-wheel drive model.

“Less is more and when it comes to the Taycan the least expensive model is my choice. Even though it has 'just' 375bhp, two-wheel drive and doesn't have the neck-snapping acceleration of the Turbo models, it's a brilliant package and feels like a Porsche should. We love it.”

“Porsche’s first attempt at a fully-electric super-saloon is fun to drive, practical and quick to charge, but it comes at a cost. The most significant thing about the Taycan, apart from the fact that it is really fast, is that it’s built like a Porsche with serious quality inside and out.” 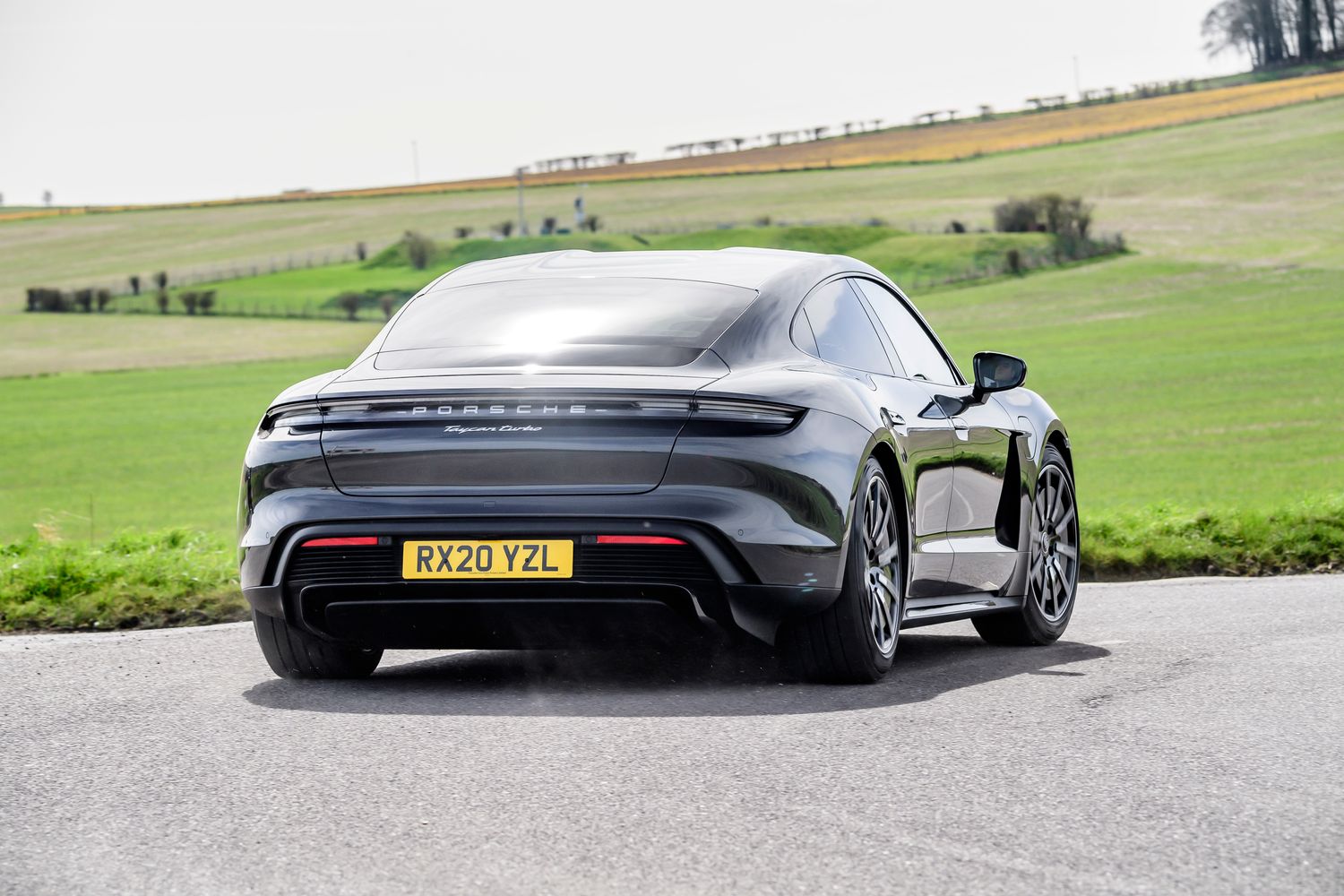 All the Taycan models are fast in a straight line. Unlike some rivals it drives like a Porsche through the corners too.

Perhaps the most interesting part of the system is the inclusion of a two-speed gearbox on the rear axle. Normally electric cars don’t need them as they can spin faster than a traditional engine and are much more flexible in the way they produce power. But by adding an extra ratio it means the Taycan can still have shocking acceleration while being refined and efficient at higher speeds. It’s good news for anyone who does a lot of motorway driving.

The Porsche’s best feature is the way it drives though. It might be a pure electric car, but it still feels like a Porsche in the way it goes around corners. It’s very well balanced and handles more like a traditional sportscar than a heavy electric vehicle or SUV. That’s not to say it’s lightweight - the Taycan is still 2.3 tonnes (about the same as a big conventional 4x4 like a Land Rover Discovery), but doesn’t feel like it when you drive. The steering especially feels far more natural than in a Tesla and it gives you confidence to drive quickly knowing you are in control.

Unlike most electric cars, there’s no braking effect when you lift off the throttle pedal. The car will still recapture the energy created when you slow down by turning the motors into generators to put power back into the battery, but it’ll only do it when you hit the brake pedal.

All Taycan models with the exception of the newly arrived entry-level model have four-wheel drive with a motor on both axles. The entry-level model only has the rear motor, which makes this version lighter and, for us, a slightly more engaging car to drive. The entry level model also does without air suspension, which is standard from the 4S upwards. However, you can still add it as an option and still have a cheaper car than the the 4S. Our test car came with the optional air suspension and we found it to be a great system that delivers a great ride and surefooted handling in corners.