The Kangoo is a useful and affordable small van for businesses who don’t need to carry huge loads or go long distances.

“The range isn't great and you need to bear in mind that this will drop once it’s fully loaded, but it’s a good option if you’re not travelling long distances and as with all vans, comes with good tax breaks for business drivers.”

“Excellently practical box-shape from Renault. This borrows the motor and battery from the Renault Zoe and works as a very practical take on an battery electric van. Now, if they ever do a 4x4 Kangoo with two motors, things would get really interesting…” 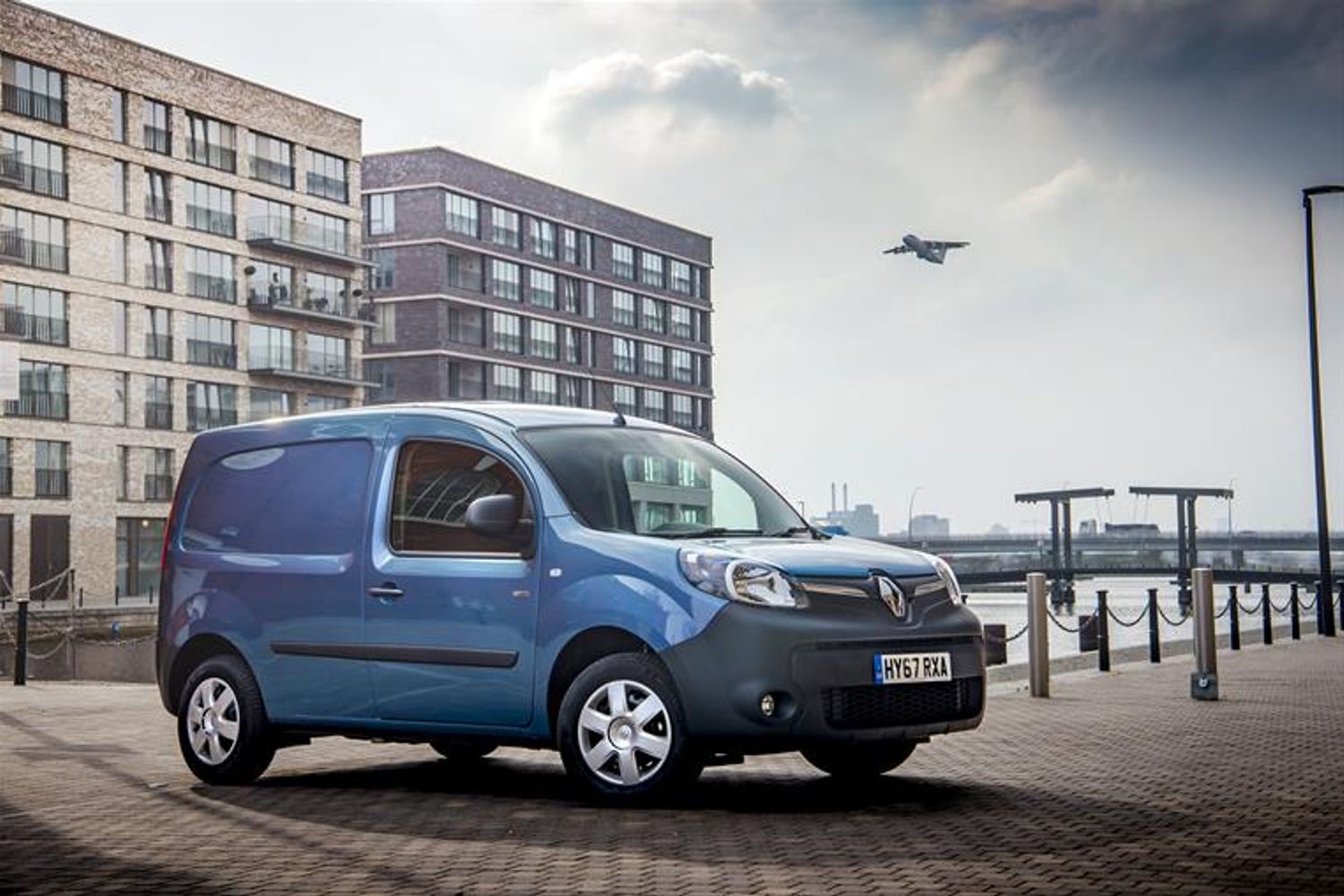 Renault’s Kangoo van has had a reasonable amount of success since its 2012 launch, but was always held back by a comparatively tiny battery which meant it was only really suitable for low mileage drivers who had very predictable driving patterns.

Now the Kangoo has bounced back with a 33kWh battery which gives it a far more useful range. According to the official figures, it is now capable of travelling 143 miles between charges, although even Renault admit that’s not a realistic figure, and suggest somewhere between 75 and 125 miles is more likely depending on the load, where you drive, and the weather.

That might not seem many compared to a diesel, but it opens up electric van ownership to a far larger number of drivers and will be especially of interest to anyone who does most of their driving in cities which are just about to be hit with restrictions on conventionally-engined vehicles.

In these cases, the Kangoo could offer really quite substantial savings on fees, tolls and fuel. Going electric shouldn’t involve too many compromises either, as the ZE is available with two sizes of load space and can even be ordered as a crew cab, so you can carry five people and a little bit of cargo. In this configuration, it could actually be one of the cheapest (and most spacious) electric family cars available, especially as the government gives more generous grants for zero-emission commercial vehicles. With a 20% rebate, it equates to around £6,500 off a crew cab Kangoo.

The motor in the Kangoo is borrowed from the Zoe hatchback, although it is less powerful and produces a measly-sounding 60bhp. In reality though that feels adequate, mainly because the electric motor produces plenty of pulling power and it’s available as soon as you squeeze the accelerator pedal. It’s not so sprightly at higher speeds, but it feels more than enough around town, even with a load on board.

When you reach the destination – or are stopping for a break – the Kangoo will accept a 7kW AC charge, which is the type commonly found at roadside and car park points or workplace chargers. It takes about six hours to get from empty to 100%, while a lunch hour top-up should add 15-25 miles easily. There’s no option to rapid charge using a service station DC point though, so longer journeys will involve a lengthy wait.

If the Kangoo isn’t putting a spring in your step, then there are other electric vans worth considering. The Nissan e-NV200 is the most serious rival, but Peugeot and Citroen also offer electric version of their small vans.