Due to arrive in 2025, Volkswagen's smallest ID model to date could be a real game-changer

“The more I see this of car, the more I like it. 2025 seems an awfully long time to wait for it to arrive, but if Volkswagen can nail the price at under £20k, it will have a real winner on its hands.”

“I really like the bubble-wrap roof and half steering wheel, but I just know they'll disappear by the time it makes production. That said, it promises to be a great little package. Roll on 2025.” 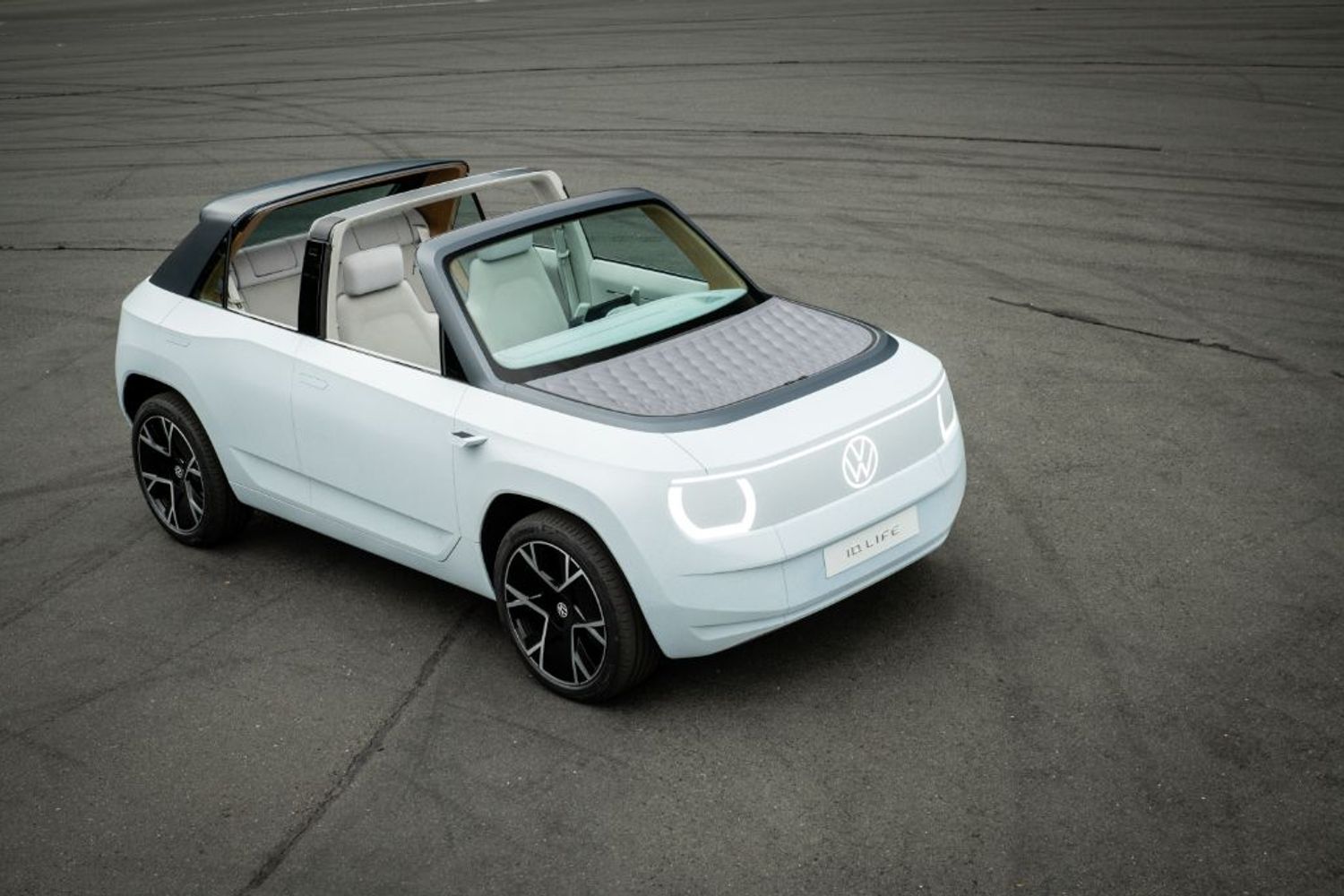 For a car brand that gave us the ultimate peoples’ car in the form of the original Beetle, it’s taken Volkswagen a while to perform the same trick with an electric car. Although the ID.3 is a brilliantly competent package and the ID.4 is a throughly decent family car, both are merely alternative options in the electric car market. And while they will undoubtedly persuade thousands of motorists to make the switch, neither is likely to light the blue touch paper to initiate a mass uptake of electric cars.

But that doesn’t mean that Volkswagen has missed its change. According to the brand’s big-wigs, the ID.3 and ID.4 are just the advanced party. The real game-changer in the form of a truly affordable, decent range small car is in the pipeline and is set to hit showrooms in four years time. With a price tag of under £20,000…

Volkswagen’s enthusiasm for its baby ID model is encouraging and its bravery in putting a price tag on a car that is four years away from the delivery is unheard-of. Equally strange is the fact that bosses invited electrifying.com along to a very secret compound within the brand’s Wolfsburg headquarters to take the concept version for a spin.

Badged ID Life, the concept car was the star of the 2021 Munich Motor Show and, like previous ID concept cars, gives us a reasonable idea of how the final production will look.

But while the small car was still the big star in Munich, it looks almost lost on our test site. At just over four metres long, it is 200mm shorter than an ID.3 and has almost identical exterior dimensions to the current Polo.

Once inside, however, the perception of space changes completely. Where a Polo feels like a supermini from the cabin, the ID Life has interior space that matches, and in some places betters, a Golf. Thanks to its 2.65m wheelbase and flat floor (one of the big advantages of an electric car), there’s a huge amount of space on offer.  Adding to the airy feel is a dashboard that has been pared back to the absolute minimum. Not only are there virtually no more switches and no buttons, but the main display has been replaced by a docking port for a smartphone. Even the steering wheel has been reduced to a semi-circlular ‘yoke’.

The only sensor surfaces are in the centre of the steering wheel, all displays run either via the head-up display or the smartphone, and the vast majority of commands are whispered to the ID Life via voice control.

Many of the ID Life’s interior features are likely to be replaced by more conventional features by the time customers receive their cars. However, there are a few elements that might make the cut. These include the adaptable seating system that allows owners to slide the rear bench to maximise and minimise the boot area, and as Hyundai has already proven, there is a market for front seats that recline like a first-class airline chair.

And while the production version is likely to be trimmed in a sea of plastic (albeit recycled), the concept ID Life certainly showcases what might be possible in the future. Among the high-tech material highlights are real wood trims from certified forests while the seat covers are made of recycled PET bottles. The highlight, however, is the bonnet and roof made from a kind of bubble wrap made of reused plastic waste. This is not only sustainable and light (and therefore good for the range) it also forms a neat contrast to the matt bodywork.

The textile sheets can also be easily removed with a zipper, and, once stowed, allow the ID Life to become a convertible of sorts. The concept version also features a Vehicle to Load (V2L) feature that allows owners to power standard 240V domestic appliances from the car. To showcase this, Volkswagen converted the frunk into a coffee bar complete with Nespresso machine.

Like any concept car, the ID Life is packed with details that have little chance of series production – especially not in an entry-level model at a competitive price. But the technology underneath is all the more tangible. That’s because the ID Life is built the Volkswagen Group’s adaptable MEB platform - a universal framework of key parts that can be found under the skin of the ID.3, ID.4 and the ŠKODA Enyaq.

To prevent too many of us (and its rivals) guessing the final specification, Volkswagen has tinkered a little with the concept car’s power outputs and battery sizing. So while the ID Life comes with a 57kWh battery and a 234bhp motor, not even Volkswagen is expecting this to be the final spec.

In order for Volkswagen to hit its target price of £20,000, we’d expect the entry-level models to come with a 40kWh pack and a power output of 134bhp. We also expect the motor to be in the front rather than the rear as it is in the ID.3 and ID.4. Volkswagen claims that this is purely down to cost as the front-motor layout requires a less complicated cooling system.

So what’s it like to drive? Well, although this is clearly a very unique, hand-built car, it does give us some idea of what a small, front-motor ID model will feel like on the road. The good news is that is drives very smoothly. The long wheelbase delivers a very refined ride quality and it feels like a much bigger car. As with the ID.3 and ID.4, the acceleration is smooth and silent and it just feels a very relaxing car to drive. The only disappointment is that the turning circle isn’t as good as the ID.3 on account of the motor now having to drive and turn the wheels at the same time.

By the time the ID Life hits the market in 2025, it’s likely to wear the ID.2 badge and sit directly below the ID.3 in Volkswagen’s all-electric range. Does that leave room for an even more affordable ID.1? Volkswagen bosses are known to be keen on the idea, but as with all electric car projects, its viability depends on just how fast battery prices come down and how many people want to buy. As countless car makers have discovered to their cost, making money from city cars is almost impossible task, so the hard work is still to come.