Ford has revealed the fourth model in its legendary ‘Supervan’ series of high performance Transit concepts – and it’s gone electric.

Designed and created by both Ford Performance and Austrian electric race car specialist STARD, the 2,000bhp all-wheel drive Supervan 4 made its debut at the Goodwood Festival of Speed. It contains a 50 kWh liquid-cooled battery pack and four electric motors, meaning a top speed in excess of 200mph and a 0-62 acceleration time of under two seconds – figures that put high-performance electric cars like the Tesla Model S Plaid or the Porsche Taycan Turbo S to shame.

Despite having a purpose-built track-ready chassis, the Supervan 4 maintains elements from its road-going equivalent, such as the SYNC in-cab 15.5-inch infotainment screen. It allows for remote vehicle management, and can be used to access one of the five driving modes (Road, Track, Drag, Drift and Rally) to tailor the Supervan 4’s three-stage regenerative braking system and vehicle responsiveness. 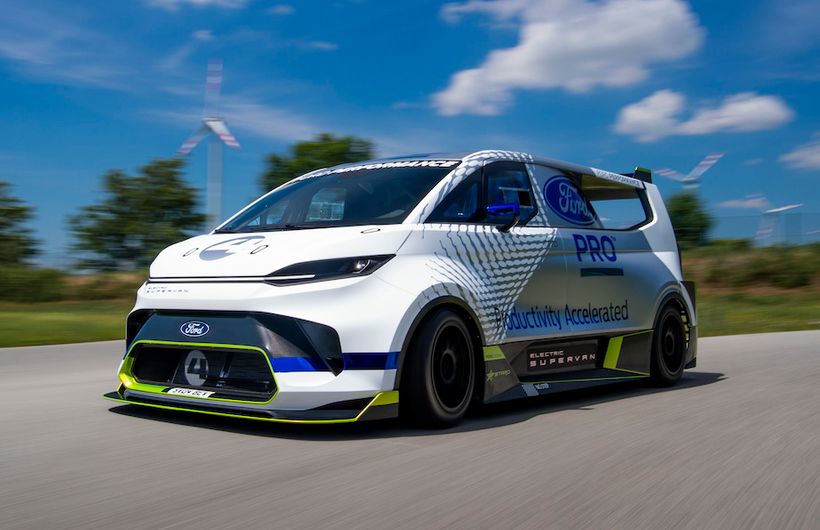 Supervan 4 has a 50kWh battery pack and four electric motors, giving a range of, er, 22 miles

Though, one area where it isn’t very van-like is the economy. Ford hasn’t yet said what range the Supervan 4 can achieve when it isn’t being thrashed around, but we do know that at race pace, the vehicle will manage around 35 kilometres, or 22 miles.

Ultimately, this is still a van, so it does provide sufficient load space in the cargo area. And just like a standard Ford E-Transit, the Supervan 4 can transmit data and health information to Ford engineers to ensure both optimised efficiency and safety. Ford has even installed a mounting point for a detachable towbar, allowing the Supervan 4 to haul up to 2,250kg. 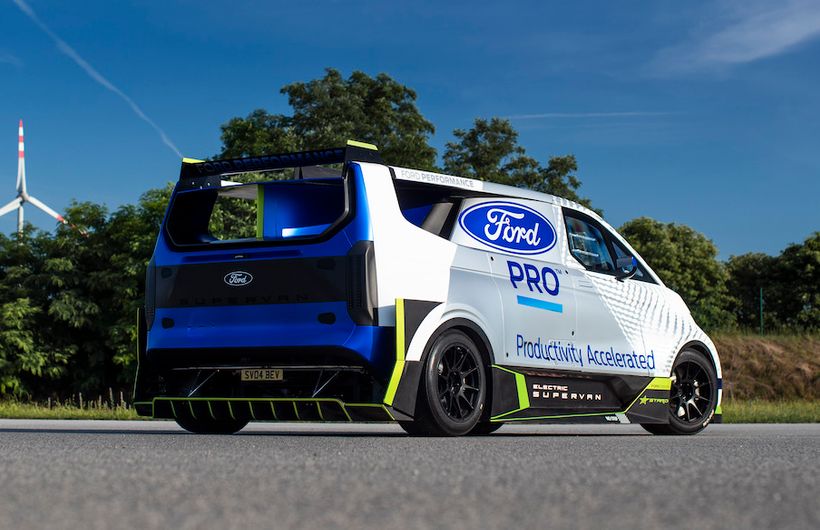