Electric car owners will have to pay road tax and the company car benefit-in-kind rates will rise by 1% per year from April 2025, the Chancellor of the Exchequer announced today in his autumn statement.

Until now, 100% battery electric cars and some hybrids have been treated to free road tax – officially known as Vehicle Excise Duty – to help lower costs and encourage adoption. As electric cars have moved the mainstream it has left the government with a hole in its finances which this move intends to fix.

Details published by the Treasury show that electric car drivers will pay £165 per year from 2025, including any cars first registered between 1 April 2017 and 31 March 2025. Zero and low emission cars first registered between 1 March 2001 and 30 March 2017 will pay £20 a year, while electric vans will move to the rate for petrol and diesel light goods vehicles, currently £290 a year.

More worryingly, the Expensive Car Supplement - nicknamed the ‘Tesla Tax’ - which is currently not applied to electric vehicles will be reimposed in 2025.

New electric cars registered after 1 April 2025 will therefore be liable for the supplement, which currently applies to cars with a list price exceeding £40,000 for five years. This will add an amount which is currently £355 per year to the road tax bill for drivers of cars including family models such as a Kia Niro EV.

The benefit-in-kind taxation imposed by the Inland Revenue on company vehicles and cars leased through a salary sacrifice scheme is also to rise for electric cars. The current levels, which are pegged at 2% for zero-emission cars until 2025, will rise by a maximum of 1% per year from 2025 to 2028.

There was pressure to clarify the BIK levels to allow businesses and employees to make informed decisions about vehicles which are being ordered now and will be kept for three or four years on a typical lease cycle.

Battery electric vehicles have accounted for 14.6% of the total new car sales so far this year, and the share is growing fast, with registrations up nearly 40% this year. There are now more than a million plug-in vehicles on British roads.

In addition to currently having free road tax, pure electric cars will also not pay any fuel duty. The government currently receives 53p per litre on unleaded petrol and diesel, in addition to VAT at 20%.

However, electric car owners are already wincing after a series of price increases imposed by domestic energy suppliers and public charge point operators. The Chancellor also announced that the current price cap on electricity will rise in April by 20% from £2,500 to £3,000, making it more expensive to charge an electric car.

Founder and CEO of Electrifying.com Ginny Buckley said: “News that electric car owners will start paying vehicle excise duty from 2025 is not a surprise, especially when we consider the increasing popularity of zero-emission vehicles and the loss in revenue from taxes that will inevitably follow.

“We know that many electric car drivers were incentivised to make the switch in part by cheaper running costs, however in a recent survey of Electrifying.com visitors over a third (36%) told us they had made the move to electric because of their environmental benefits, so financial reasons are not the only reason motorists make the switch.

“That said, at a time when household incomes are already stretched and energy bills are soaring any extra increases to the running costs of an electric car could put buyers off and risk derailing the electric revolution.

“The way in which electric cars are going to be taxed needs to be simple and fair for motorists. This is why I would like to see drivers paying based on the efficiency of the vehicle; it’s unfair that the list price is being used as a blunt instrument to tax drivers, especially as electric cars are traditionally more expensive than a petrol or diesel." 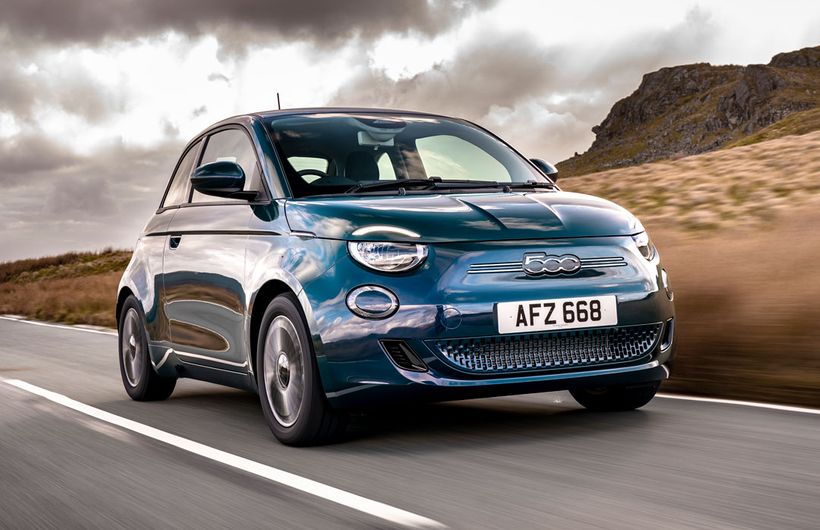 Rates for a small car like the Fiat 500e should be lower than a heavy, expensive model, says Ginny
Continue the conversation in the Electrifying forum