New electric vehicle company NIO has confirmed it is to come to the UK in 2023, following a launch in other European countries before the end of this year. Three models will be available through subscription, some with battery swap technology. NIO announced that the ET7 saloon is available to order now in Germany, the Netherlands, Denmark, and Sweden with deliveries due to start on October.

NIO also confirmed that order books are open for its EL7, a large SUV, and the ET5, a mid-size saloon, with deliveries set to start in January and March 2023, respectively.

NIO’s batteries are particularly interesting, using a format called CSU (Chargeable, Swappable, Upgradeable) which enables them to be charged as normal, swapped when empty or even upgraded to the latest battery technology or capacity. This would allow drivers to choose a bigger battery pack when going on a longer journey, for example, and then swap back to a smaller unit when they return.

This is made feasible through NIO’s subscription model, which is now open for users in Germany, the Netherlands, Denmark and Sweden. With terms starting from just one month to 60 months, users will be able to choose the vehicle that best suits their needs. For all subscription models, NIO provides a worry-free experience by offering comprehensive insurance, maintenance, winter tyres, a courtesy car and battery swapping, as well as the flexibility to upgrade the battery.

NIO plans to build 20 Power Swap Stations (PSS) in Europe. In 2023, this number is expected to reach 120. The PSS located in Zusmarshausen, between Munich and Stuttgart is in operation, and the PSS in Berlin is nearing completion. By 2025, NIO aims to build 1,000 PSS outside of China, most of which will be in Europe. It is thought the first one in the UK will be in the Oxford area. 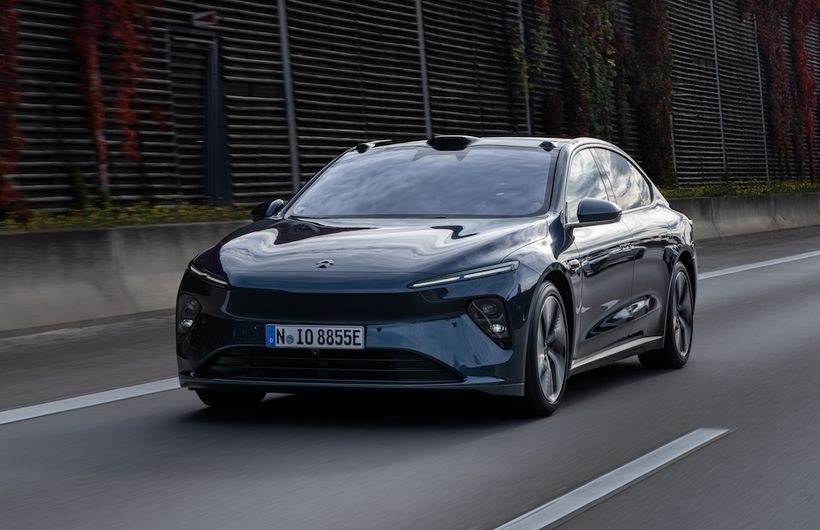