Octopus and Osprey Charging have teamed up to launch the UK’s first public dynamic price rapid charging pilot. Drivers who use the Octopus Electric Juice card to initiate their charging session between 19:00 and 23:00 will receive a 20% discount on their final bill.

The Seven-Eleven pricing trial will operate across all Osprey rapid charging sites in the UK  but only customers using the Octopus Electric Juice card will be able to take advantage of the discount. Drivers using an Osprey RFID card or contactless payment will pay the standard rate. The scheme has been introduced to encourage drivers to use rapid chargers at off-peak times when motorists are less likely to find the unit in use.

While Tesla has peak and off-peak prices at certain Supercharger sites, this is the first time the concept has been made available to non-Tesla drivers across the UK public charging network. With the discount applied, customers able to take advantage of the trial will pay 39p per kWh instead of 49p per kWh. For a 50kWh recharge, the discount would amount to £5.00. Incredibly, this will mean that for some drivers, using an Osprey rapid charger will be cheaper than charging at home on a domestic cheap rate.

To take advantage of the pilot, drivers will need to obtain an Electric Juice card. The RFID card allows drivers to charge with more than 30 UK charge point operators (including Shell Recharge, Ionity and Fastned), with payment either added to the driver’s domestic electricity bill or via a debit or payment card. Non Octopus Energy customers can also apply to get an Electric Juice card.

Although the use of multi-brand charging cards is still relatively low in the UK where contactless debit and credit card payments dominate, they are considerably more popular in mainland Europe. With high competition to win new customers, card providers often offer significant discounts across networks. 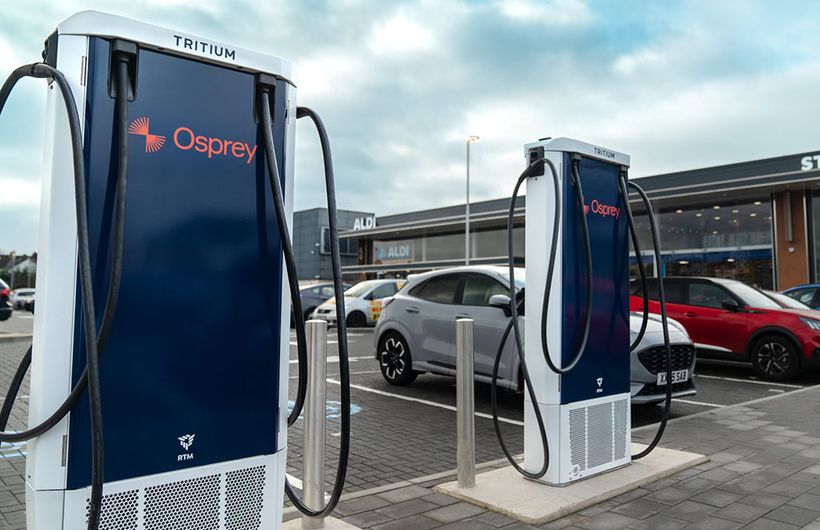