The battle for EV speed supremacy is hotting up with Porsche this week overtaking Tesla to set a new fully-electric production car lap record at the Nurburgring Nordschleife.

The previous record of 7 minutes 35.579 seconds was set last September by Andreas Simonsen in an unmodified Tesla Model S Plaid.

Although the Taycan Turbo S is officially classed as a standard production model, verified by  TÜV Rheinland, it was equipped with a performance kit from Porsche Tequipment, and Porsche Dynamic Chassis Control (PDCC). 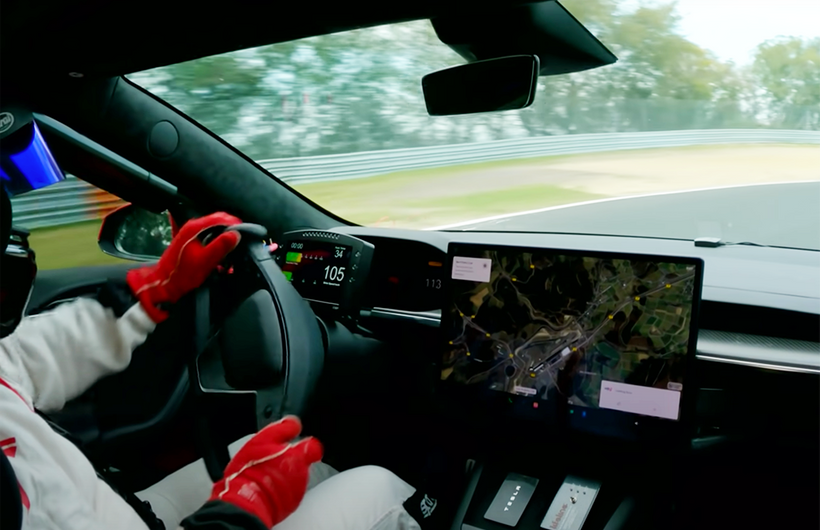 The previous record was held by a Tesla Model S Plaid, which recorded a time of 7m 36s last year

“This lap time not only shows how much potential lies in our new performance kit, but also confirms once again the sports car genes of the Taycan.” 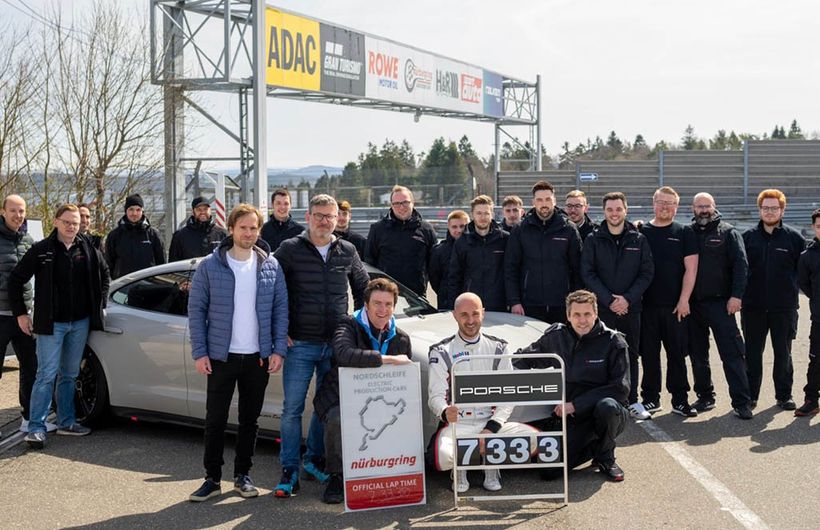 The Porsche team behind the record-breaking Taycan. How did they all fit in?
Continue the conversation in the Electrifying forum