Electrifying.com is a year old! To celebrate what has been a breakthrough year for electric vehicles, we have created our Birthday Honours List of the electric cars, innovations or developments which our team of expert judges believe represents a significant achievement in the field.

The judging panel represents the most experienced and knowledgeable team of electric car reviewers in the business. Electrifying.com’s founder and CEO Ginny Buckley has testing cars for 25 years. She’s a juror and advisor for the World Car of the Year Awards and reports on transport and consumer related issues for the ITV1 flagship current affairs programme Tonight. Nicki Shields is best known as the TV face of the Formula E racing series. She is also the anchor for Supercharged on CNN, a technology and motor show.

Editor-In-Chief Tom Barnard spent a decade testing cars for Auto Express magazine before moving into public relations for car makers including Vauxhall, Hyundai, Nissan and Mitsubishi. He now combines his writing roots and knowledge of all things electric.

Mike Askew spent 15 years working as a motoring journalist and was the founding editor of Test Drive Magazine. He counts himself as a fully-qualified electric vehicle bore, having owned a Renault Twizy and a BMW i3.

Tomi Adebayo - aka GadgetsBoy – is our technology expert, and founded his own channel focused on consumer tech, whether it be smartphones, cars, utilities and more. He assesses the amazing, life-simplifying and protecting innovations which are part of every new car we test.

Here's our list honouring the best of the best.

Ginny Buckley says: “The Fiat 500 electric brings affordable electric chic to the city car market. It looks great and is good to drive, but most of all we love the choice. There are two battery pack options and hatchback or cabrio body styles. It’s a small car which costs buttons to run but is stylish enough to be a fashion accessory.”

Nicki Shields says: “Fiat’s reinvention of the 500 as an electric car is a genius move. It retains all of the retro chic you’d expect but adds in the very latest technology. It’s affordable too, and the electric range on top versions embarrasses most rivals. I also love the fact you can get a convertible.”

Read the full review and watch the video here​

Ginny thinks the 500 is bootiful

Ginny Buckley says: “In a world which seems obsessed by SUVs my love of an estate car is well documented and the MG5 is a brilliant example of one. It’s a great car for family and business drivers who want space, value and a great warranty.”

Tom Ford says: “Consumers asked the question, MG provided the answer. If you want a reasonably-priced, pure electric small estate car, then the MG5 is the solution. Honest, yet surprisingly well-equipped, the MG5 isn’t space-age or complicated - just a very good car for people who need a vehicle that copes with real life. And you can’t ask for more than that.”​ 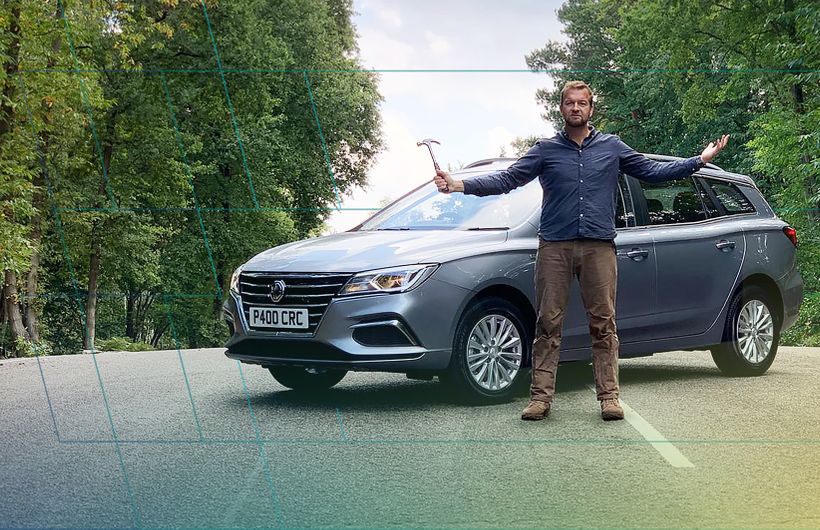 The MG5 hits the nail on the head

Ginny Buckley says: “We’ve had more questions from readers about this car than any other over the past year. Real people are thinking it could be the right car for them, and we don’t think they’ll be disappointed when they can finally try one.”

Tom Ford says: “Good-looking, spacious, rational, fun. That’s the Skoda Enyaq. With a range of battery and trim options to suit, it’s one of the biggest surprises of the year, distilling Skoda’s best attributes into a car that’s as comprehensive for a family bus as you’re likely to find. If this is what the future of family motoring looks like, we’re all for it.” 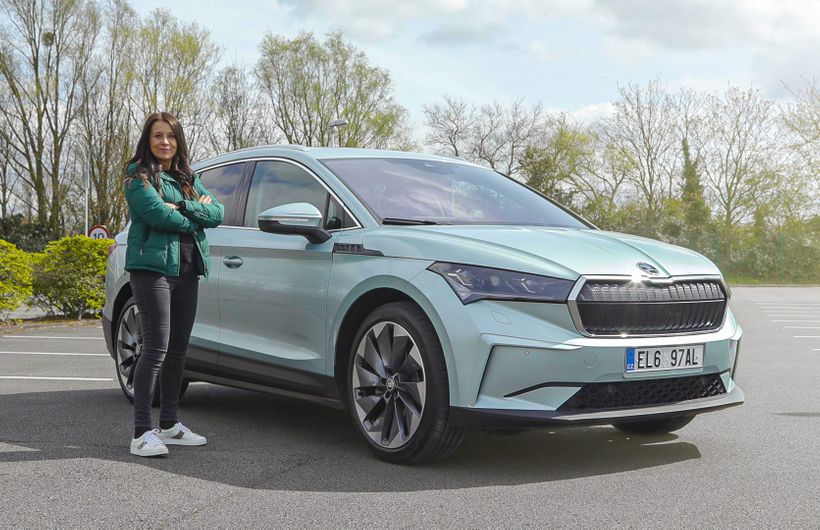 The Enyaq is proving popular with readers. You won't be disappointed

Ginny Buckley says: “This award isn’t about practicality or efficiency. What we were looking for is a car which will convince the naysayers that an electric car can be more exciting than anything powered by petrol and the gorgeous Pininfarina Battista is the car to do that. It’s a car from the company responsible for some of the world’s most beautiful cars and is destined to adorn many teenagers’ bedroom walls.”

Tom Barnard says: “There is a glut of electric hypercar announcements, all featuring cars which are nothing more than drawings and made-up figures to try and attract the attention of investors. But the Pininfarina Battista is a real car which does everything we’ve been promised. F1 driver Nick Heidfeld is the development driver and says it is so fast that he had to re-calibrate his senses.” 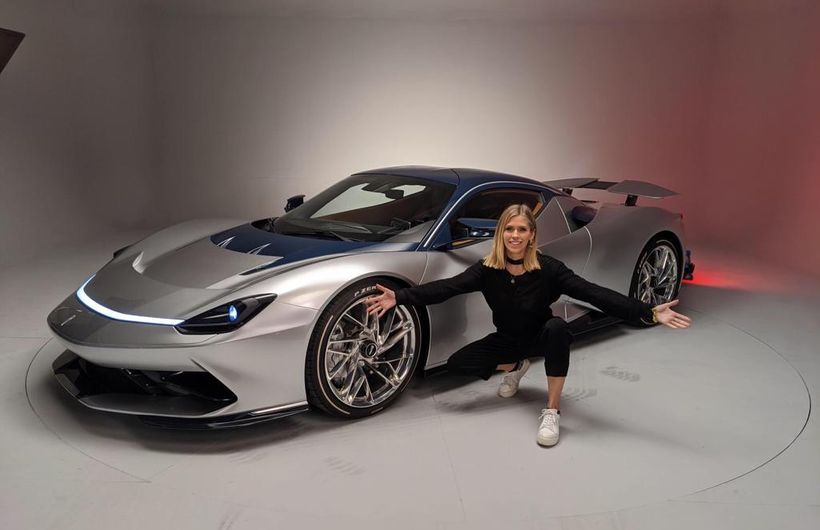 Nicki can't quite stretch to a Battista

Ginny Buckley says: “The Taycan makes me smile every time I get behind the wheel. It’s a full electric sports car, one that feels like a Porsche and is a joy to drive. Even the 4S has plenty of power and acceleration that will startle you. But what really impressed us was the steering and the brakes; it can carve through a set of bends not just fast, but with real feedback for the driver too.”

​Tom Barnard says: “Forget the way it drives for a moment. The truly impressive part of the Taycan for me is the technology. The electric drive system runs at 800v which allows it to get the power in and out faster. Plus it is the first electric car to use a two speed gearbox for extra efficiency at speed. The performance is impressive, but the ability to go further and charge faster will be the most useful aspect for owners.”

We are quite taken with the Taycan

Ginny Buckley says: “There was a lot of cynicism surrounding Formula E in its early days and it took a visionary like Alejandro Agag to ignore the naysayers and create an entertaining race series that also raises awareness about the global issues of climate change, inner-city pollution and sustainability.”

Nicki Shields says: “Motorsport is going through the biggest change since its inception. Alejandro Agag has been a leading pioneer in this change. An early adopter and true believer in the future of electrification of motorsport. His success of creating Formula E, now in its seventh season and a World Championship with 10 leading manufacturers, is truly remarkable.” 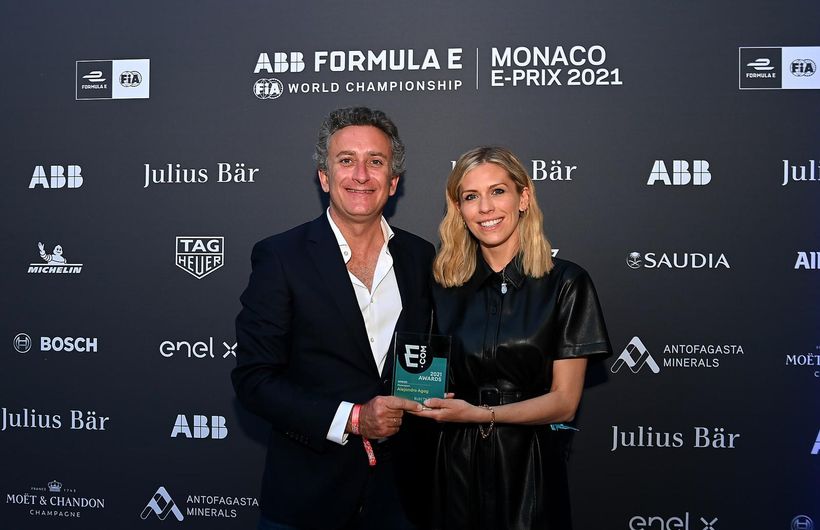 Ginny Buckley says: “The Leaf has been on sale for a decade now and there are more of them on British roads than any other electric car. That means there is a huge choice of pre-loved cars to choose from, and they have proved to be incredibly reliable too. It’s also been instrumental in establishing the entire market for electric cars in Britain.”

Tom Barnard says: “Nissan bet the farm on electric cars being the future. If it had have been unreliable then it would have put people off electric cars for a generation. But the cars have proved to be reliable and robust and now the rest of the world is catching up. But it means the Leaf makes a brilliant used buy, with prices starting in banger territory.”

Ginny Buckley says: “Forget the fact that the I-Pace is electric, because it’s simply an excellent car. Jaguar's first all-electric model looks bold and drives like a Jaguar should. It’s easy to get distracted by the new kids who have arrived to challenge it, but the I-Pace is still our favourite.”

Nicki Shields says: “Jaguar’s first attempt at an electric car blew us all away when it was first launched and is still a winner now. It has brilliant driving dynamics and plenty of space for the family, but it also has fantastic styling and a premium feel which lifts it above other cars in this sector.”

Nicki says the I-Pace is out standing in the field

Ginny Buckley says: “Tesla is divisive, class-leading - and brilliant. While others still struggle to get their heads around the whole concept of pure electric motivation, Tesla’s relentless adoption of new technology means that it often finds itself adding features that leave others constantly battling to catch up. Its Model 3 distils this tech into a car which is within reach of a middle manager motorist.”

Tomi Adebayo says: “The Tesla Model 3 is more than just an electric car; it's a host of technology on wheels. Tesla has taken things we love and use every day like watching movies or gaming and added them to the car, so we can take those experiences everywhere with us. Safety and comfort are at the core of the Model 3 too, from the self-driving capabilities to the integration of an apps to replace the key. Nothing comes close.” 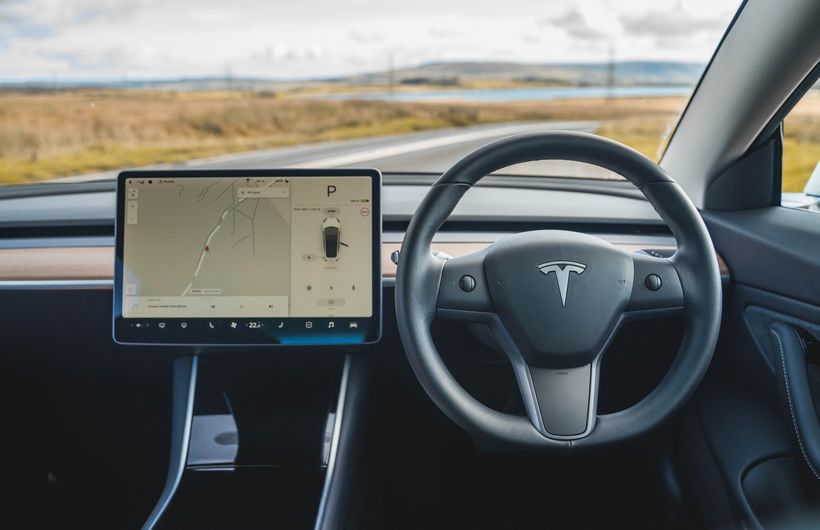 Ginny Buckley says: “When people first buy an electric car they can be a bit dismissive of efficiency as electricity is so much cheaper than petrol. But then you start to take notice of how many miles you get from a kilowatt, if only because it means you don’t have to spend as long charging. The Model 3 always amazes us as it squeezes more miles out of a charge than cars which are far smaller.”

Tom Barnard says: “There are engineers from car companies across the world who have Model 3s in pieces trying to work out how they make them so efficient. In the real world, we have seen the Tesla getting almost twice the number of miles out of every kilowatt compared to rivals. A mix of aerodynamics, software and the latest hardware for heating and propelling the car mean it is the benchmark.”

Ginny Buckley says: “Ask car buyers what is stopping them buying an electric car, and a huge percentage will mention the lack of charging infrastructure. They’re scared of running out of power and don’t trust the network that exists. I tell them that it’s changing, and point to Gridserve as proof. Its fantastic forecourt gives us a glimpse of what the future of electric car charging really should be.  It's also home to my favourite supermarket, 'Booths', which makes me happy as a Lancashire Lass.”

Tom Ford says: “Infrastructure is one of the hottest topics among electric vehicle buyers and owners, and while some talked, Gridserve acted. This isn’t a set of chargers tacked onto the wasteland at the side of a traditional petrol forecourt, but a clean, attractive, multi-delivery destination. It has proper facilities as well as a multitude of chargers whatever your EV’s need or capability.”

Shopping and electric cars - what could be better?

Overall Electrifying Car of the Year - the Fiat 500 Electric

In a year that has seen more new electric cars go on sale than in the past decade, we think the Fiat 500 is the one which will bring electrified motoring - and joy - to the largest number of people. It's a car we'd be happy to own and we think thousands of you will take the plunge thanks to the variety of models in the range, including a cute convertible. It's affordable, well built retro chic and is great fun to drive. 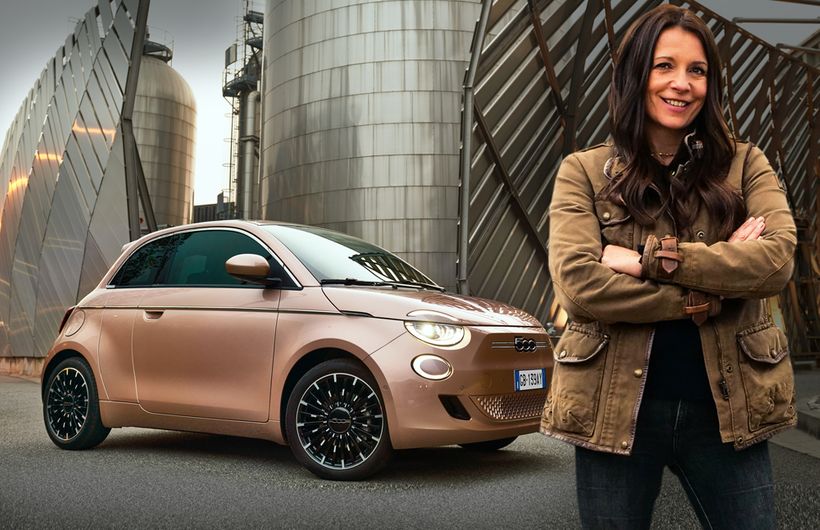 A worthy winner we'd all be happy to own