The game-changing Tesla Model 3 remains not just Tesla’s most affordable car, but its most impressive one too. All versions come with great range, performance and superb safety. Plus, you’ll have Tesla’s Supercharger network of rapid charging stations at your disposal.

“The Model 3 is a best seller for a reason. It's not quite perfect, but in the same way that Apple created a mythology around its products, you don't just buy a Tesla, you buy into a clan. ”

“Tesla leads when it comes to tech. I love the simple high-tech interior that does away switches and buttons. The excellent Supercharger network is another bonus other car makers can’t match.” 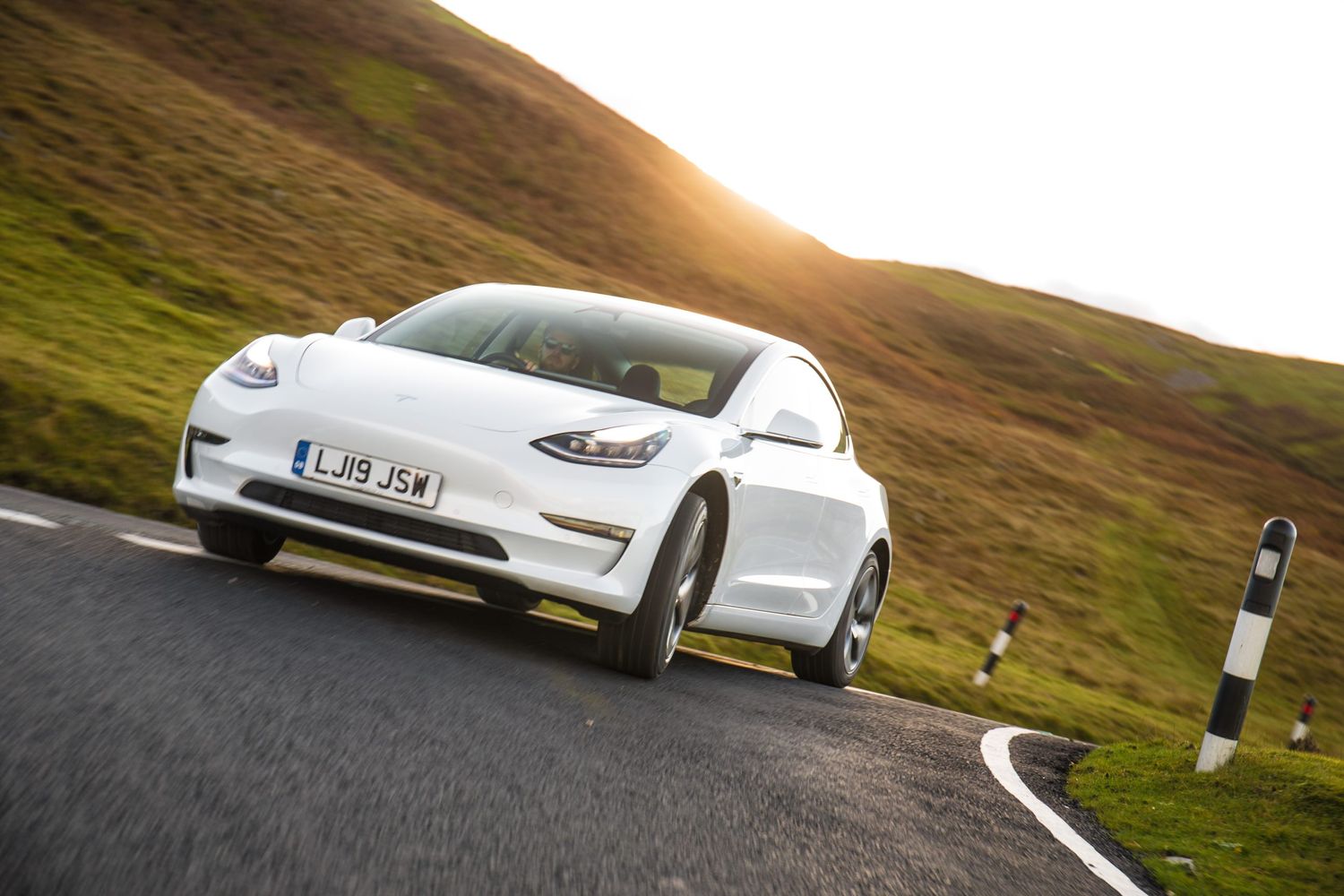 The Tesla Model 3 was seen as the car industry’s ‘iPhone’ moment by many. But a few years down the line, does this revolutionary car still live up to the hype? Pitted as the ‘affordable’ Tesla when it was revealed in 2016, it arrived in the UK three years later as a genuine alternative for premium compact executive favourites like the BMW 3 Series, Audi A4 and Mercedes C-Class. And in terms of sales, it’s well and truly taken the fight to those established Germans. In reality, it’s more expensive to buy than those cars, but significantly cheaper to run and tax.

​The first question any buyer swapping out of a conventional petrol or diesel car will ask is about the range and charging. There are three different versions of the Model 3, but even the cheapest model (now simply called Model 3) has an official range of 305 miles. The bigger battery version, called the Long Range, increases its reach to 374 miles, and most owners will find that to be plenty in-between top-ups at home or at destinations. If you do need to charge in the middle of a journey, there are now thousands of compatible fast and rapid chargers throughout the UK, including Tesla’s own superb super-fast Supercharger network of almost 1,000 charging points at almost 100 locations.

At the top of the line-up is the Model 3 Performance. Not only does it have acceleration times that would embarrass a Ferrari or Lamborghini, it can still achieve an impressive range of 340 miles, and comes with slightly sportier looks than the rest of the range, too. But in truth, all versions of the Model 3 are great to drive. It might not steer with as much precision as the Jaguar I-Pace, but it isn’t far off and its swift acceleration makes it more fun than many of its petrol or diesel rivals, like the BMW 3 Series for example.

Where the Model 3 really sets itself apart from rivals is with its tech. The minimalist interior might take some getting used to as almost all of the functions are controlled by a central ‘tablet’ screen, leaving the rest of the dashboard clear and uncluttered.

Unlike most conventional cars, the Tesla gets smarter the longer you own it; updates sent to the car over the internet add extra technology and upgrade features while you sleep.​ 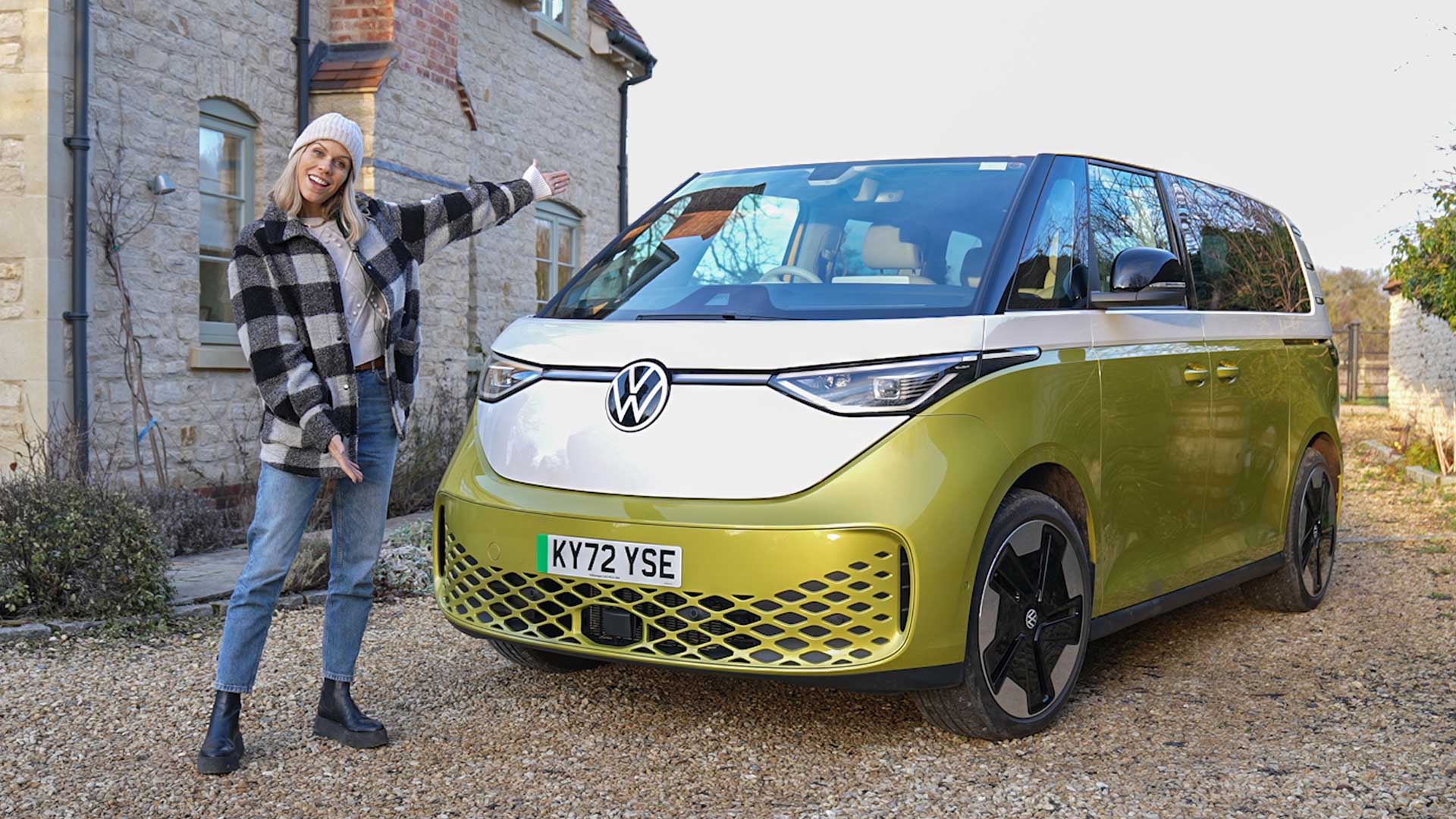 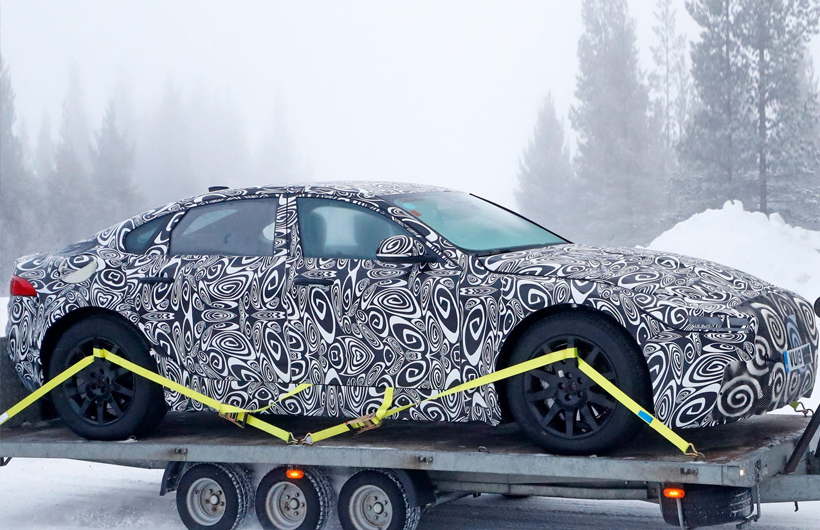 ​
​Hidden deep in the menus are all sorts of interesting features, from the ability to make the car drive itself on some roads to Tesla’s infamous and unique ‘Easter eggs’. These are fun features you won’t find in the owner’s manual and include the ability to change the touchscreen into a retro games console, or you could even surprise one of your passengers by placing a virtual whoopee cushion under their seat. These Tesla toys are also updated over the air, so you never know what’s coming next, which can inject some fun into a miserable Monday morning.

Safety is also top-class. In the independent Euro NCAP safety tests and its equivalent in the US, the Model 3 has gained some of the highest scores ever, thanks to its excellent protection in impacts and clever technology which could help you avoid a crash in the first place.

So what’s the catch? Well the Model 3 isn’t quite perfect. It’s only available with a separate boot rather than a hatchback, which will limit its appeal for some as it’s not so easy to carry bigger loads, or a dog, for example – the newer Tesla Model Y would be a better choice here. The rear seats are oddly-shaped too, and sitting in them can be uncomfortable for taller passengers as the floor is unnaturally high. There have also been reports of build-quality issues on early cars and parts supply problems.