Car group Stellantis, which owns Peugeot, Citroen, Fiat and Vauxhall in Europe, has announced an extension of its commercial vehicle partnership with Toyota. The end result will be a Toyota-badged all-electric large commercial vehicle that will join the Japanese brand’s line-up in 2024.

Toyota and Stellantis have worked together on commercial vehicle production since 2012, although will be the first time Toyota has ventured into the large electric van market. Toyota currently sells its own rebadged version of the Peugeot Partner / Citroen Berlingo as the Proace City alongside the Proace – a rebadged version of the Peugeot Expert / Citroen Dispatch / Vauxhall Vivaro. Both are offered in full electric form.

Under the extended arrangement, Stellantis will supply Toyota with a version of the group’s large van, which is badged Citroen Relay, Peugeot Boxer, Vauxhall Movano and Fiat Ducato in Europe.  The new vehicle will be produced at Stellantis’ plants in Gliwice, Poland and Atessa, Italy. Planned for mid-2024, the new van marks Toyota’s first entry into the large-size commercial vehicle segment.

The new, as-yet unnamed van is expected to feature an identical electric drive system as the vehicles it is based on. That will mean a 75kWh battery pack and a WLTP range of around 50 miles. A small battery version with a 37kWh pack may be part of the line-up if Toyota sees a business case for it.

Stellantis and TME’s collaboration started in 2012 with the Toyota’s mid-size LCV produced at Stellantis’ Hordain plant in France, followed in 2019 by a competitive and appealing addition to the compact-size LCV segment, produced at Stellantis’ plant in Vigo, Spain. The large-size LCV announcement today, deepens the collaboration enabling Toyota to complete a full LCV line-up in Europe, while allowing both companies to benefit from development and production cost optimisation. 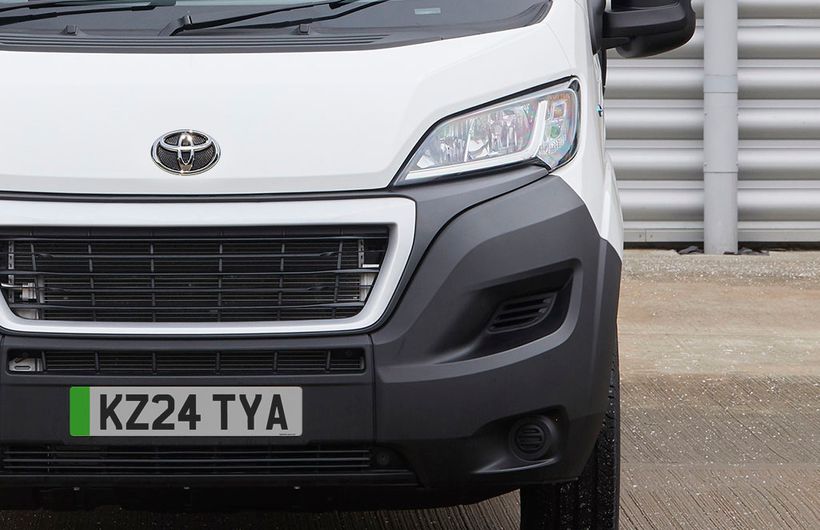 Due from 2024, the new Toyota van will come in an electrified form
Continue the conversation in the Electrifying forum