Volkswagen has revealed a near-production concept car that previews its new ID. Aero / ID.7 flagship model. Set to go on sale late next year, the ID. AERO will be the brand’s second ‘global’ model after the ID.4, which means it will be built and sold in multiple markets around the world. Volkswagen is understood to have registered both ID. AERO and ID.7 name plates, and will make a final call on the name closer to launch.

Unlike the ID.4 SUV, the ID. Aero takes the form of a large saloon, and measures just under five metres in length according to Volkswagen’s sparse technical details. This would make it around the same size as the current Passat model. It will be built on the same set of universal underpinnings (known as the MEB platform) as all other ID. cars, including the ID.3 and recently revealed ID. Buzz.

At just under 5 metres long, the ID. AERO is around the same size as Volkswagen's current Passat

Volkswagen claims that the ID. AERO is significantly more aerodynamic than other ID. models, and has a drag co-efficient of 0.23. However, while that sounds impressive, ŠKODA’s Enyaq Coupe has the same figure despite being a much taller car. Although Volkswagen has yet to announce final technical specifications for the car, it has confirmed that it will be offered with the brand’s familiar 77kWh battery pack and has an estimated WLTP range figure of 385 miles. Should the production car get the same WLTP figure, it would make the ID. AERO one of the longest range electric cars on the market.

Rapid DC charging is likely to peak at between 130kW and 150kW, with Volkswagen expected to unlock the higher speed following incremental increases since the ID. range was launched in 2020. Volkswagen has yet to confirm the drive layout, but entry-level models are expected to be rear-wheel drive as standard, with all-wheel drive optional on higher spec or a potential sporty GTX model.

Like the ID.4, the ID. AERO is expected to have a cavernous interior that will offer passengers considerably more space than the similarly-sized Passat. Although no interior images have been released, it is likely to feature a more premium cabin than the ID.4, which has been criticised for its basic look and feel.

Sleek lines and low roofline means the ID. AERO should have a sector-best range figure of more than 350 miles

The ID. AERO will launch in saloon or sedan form initially, with a more practical estate version understood to be in the pipeline. While the estate market has seen a huge drop in popularity over recent years, public reaction to the 2018 ID. SpaceVizzion concept was overwhelmingly positive. In terms of engineering, adding a long-roof estate version to the ID. AERO range would be entirely possible and could potentially open up a new market for the brand.

Volkswagen will build the ID. AERO in China and Europe initially, with the brand’s Emden plant in Germany earmarked for production of European-spec models. The car is expected to be shown in its final production form later this year with sales starting in the second half of 2023. 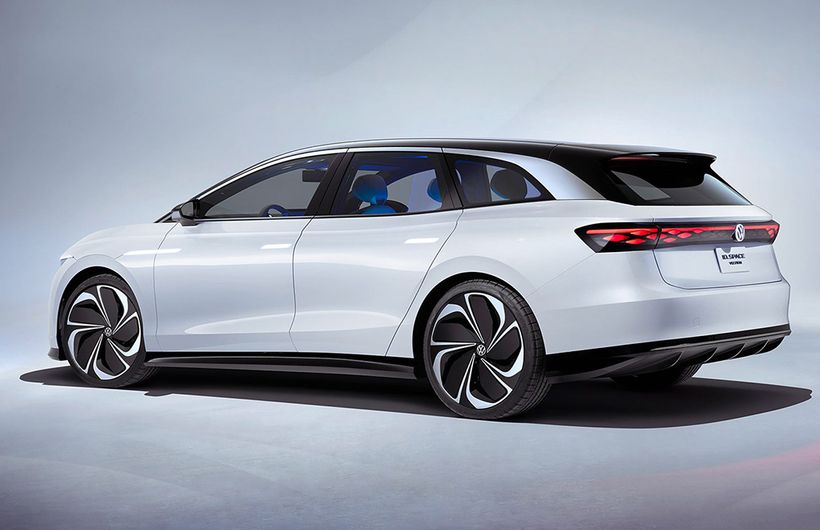