When it comes to switching a nation to electric cars, there’s one question that gets asked more than most: will there be enough chargers? Over the course of the last 100 years, the process of filling up an internal combustion engine car at a petrol station has become part of the fabric of life. We know where the stations are and we’ve all learned the process of refuelling.

With electric, things are different. You’re just as likely to plug in at a drive-thru coffee joint as you are at a supermarket car park or a hotel. Wherever there’s power and people, you’ll soon find a plug for your electric car. Despite this, many would-be switchers to electric cars are still concerned about the number of public rapid charging points.

So what’s the answer? Together with bp pulse, we’ll explain a little more about the UK’s rapidly expanding network and shed light on the process involved in building bigger and better hubs that will take the anxiety out of recharging.

How do we build a rapid charging network?

It’s fair to say that when the first motorway fast charger went live in 2011, even the most ambitious of observers wondered whether the nation would be able to make the wholesale switch from fossil fuels to electric. Battery ranges were stubbornly still in two figures while electric cars were small and expensive. At best, it seemed little more than a pipe dream.

Fast forward ten short years and there are now more than 4,700 rapid chargers at more than 3,000 locations around the country (source: zap-map.com). What’s more, drivers can take advantage of much faster units with the latest generation of 50 kW rapid chargers now able to charge up to seven times faster than the original South Mimms plug.

But while charging speeds have rocketed over the past decade, many of the hurdles facing charge point installers and operators remain exactly the same as they did in 2011. The biggest issue is that the existing power supply infrastructure in many areas can’t carry enough capacity to support large multi-unit hubs. It’s important to note that the energy supply itself isn’t in question – National Grid has stated on numerous occasions that we’ll have more than enough energy to keep the nation’s motorists moving – the problem is getting the power to where it’s needed.

Thankfully, this is an issue that has been recognised and is already being addressed. The Government recently announced that it is investing £1.3bn in charging infrastructure to kickstart the delivery of a rapid charging network across motorway and key A road service stations. By 2023 the Government expects to see a high-powered charging hub at every motorway service area, installed by the private sector. As part of the plan, the Government has confirmed it will invest £950m in future proofing grid capacity along motorways and key A roads.

Why do we need to upgrade the infrastructure?

In the UK, we effectively have two networks, a huge ‘low voltage’ one that delivers power to the end user (roads, offices, houses etc) and a smaller ‘high voltage’ network (think pylons) that delivers huge amounts of power to a series of sub-stations that distribute electricity to the low voltage network. Still with us? Good.

Because the grid infrastructure that underpins most of the UK’s main road network is ‘low voltage’, most locations can only support the installation of two or three 50kW DC rapid chargers without the need for an additional connection to the high voltage network.

Right now, that’s not a huge problem because it means that most sites can quickly and affordably install a small number of rapid chargers - broadening the network out and plugging some of the gaps between larger hubs.

Why going large is more complicated than you’d think

The process of building rapid charging hubs is, unsurprisingly, a lot more complex. These typically require direct connections to the high voltage network, which means more remote installations are much more complex to plan.

They are also very expensive to build as they need to incorporate sub-stations (transformers) that distribute energy from the high voltage network to the charging hub. And if the nearest high voltage connection is miles away, cables need to be laid to connect everything up. They also involve a lot more agencies and companies, which add to the complexities of a build. As a result, big hubs take a lot longer to plan and build. Some of the larger locations going live now have been in planning for a number of years.

Although adding electric chargers to existing forecourts has helped expand the network while giving motorists access to all the facilities of a normal fuel station (a shop, food and drink etc), adding large numbers of chargers to a traditional forecourt is no simple task. Safely combining underground fuel storage with high voltage electricity understandably requires a host of additional safety measures.

It’s not just the engineering challenges that make adding new chargers a complicated affair. Parking space is another consideration that needs to be factored in – particularly at sites where the installation of charging points reduces the number of parking spaces available for non-electric car drivers. In busy locations, parking spaces (which can generate revenue for the land owner) are often in short supply, so securing additional areas that are for the exclusive use of drivers using the charger can add to the complexity and cost of an installation.

Is it better to have a few chargers with very high outputs or a higher number of chargers with lower outputs? That’s the question facing the UK’s growing number of chargepoint operators as the network expands. While the ideal answer would be more high output chargers at all locations, limitations to the grid infrastructure mean that for now, a degree of compromise is needed.

Why do we need to compromise? In simple terms, all hubs have a fixed quantity of energy that can be distributed to the chargers. That limitation can be both geographical or down to cost (transformers can be eye-wateringly expensive).

Let’s say a charging hub substation has a maximum output of 1.5 megawatts (MW).

Although there are already some cars that can take advantage of a 350kW charger (the Porsche Taycan, Audi e-tron GT, Hyundai IONIQ 5 and Kia EV6, which can all charge at more than 200kW), the mass adoption of 800-volt systems for electric cars ) is unlikely to happen for the next few years.

And, while cars with ultra-fast 800-volt charging systems enjoy lightning quick recharges, the real-world time differences between a 350kW charger and a 175kW charger are minimal. If we take a Hyundai IONIQ 5 with a 73kWh battery for example, a 10-80% charge on a 350kW charger will take 18 minutes, while the same charge on a 175kW charger will take 23 minutes - just five minutes more. Why? Because even though the IONIQ 5 can take a huge amount of charge, it can only do so for a short period of time.

Therefore, it often makes more sense to install multiple 175kW, 150kW and 50kW units which allow more cars to plug in at the same time.

As the infrastructure gains capacity over the coming years, many new charging units can be switched to deliver higher outputs. For example, a range of units built by ABB (which are already being installed at bp pulse locations) are modular and can be switched from 175kW to 350kW without having to replace the unit.

It might sound odd, but one way to roll out high output chargers to more remote locations could be a system inspired by the humble toilet cistern. When you flush your loo, a large amount of stored water is sent from the tank down the pan. As soon as the cistern has emptied, it slowly fills back up.

A rapid charger with battery storage works on exactly the same principle. A high capacity battery fills with charge from a standard low-voltage supply to the point at which it full. When you turn up in your electric car and plug in, the charger delivers all the stored charge in one hit and at high speed. As soon as the storage battery is emptied (flushed) it starts to fill up again to be ready for the next car. This technology can work on either stand-alone charging units that may only see a handful of users a day, or can be scaled up to provide a battery hub that can serve a number of charging units - all without having to install a costly and complex high voltage grid connection.

This is just one of the options being considered by chargepoint operators as they work to scale up charging infrastructure to provide more EV drivers with access to faster and more convenient charging. In December 2020, bp pulse announced a memorandum of understanding with American battery storage chargepoint company FreeWire with a plan to roll out a network of Boost Chargers across the UK.

Such is the expansion of the UK’s rapid charging network that barely a week goes by without a new multi-unit location going live or a new hub being confirmed. As the UK’s largest charging network, bp pulse is one of the driving forces behind this growth, and has ambitious plans for a new generation of electric hubs across the country, the first is set to go live before the end of the year and will feature 24 ultra-fast 300kW charging points. In addition, bp pulse is aiming to double the size of the bp pulse network in the UK to 16,000 charge points by 2030. To find your nearest rapid charging point on the bp pulse network, visit the bp pulse website. 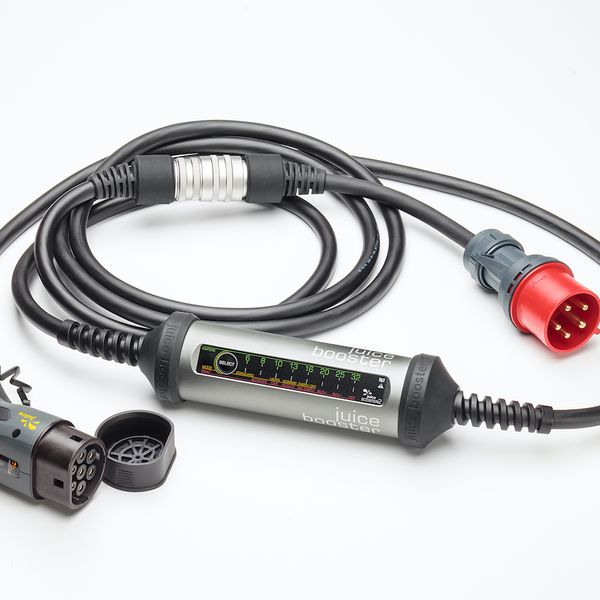 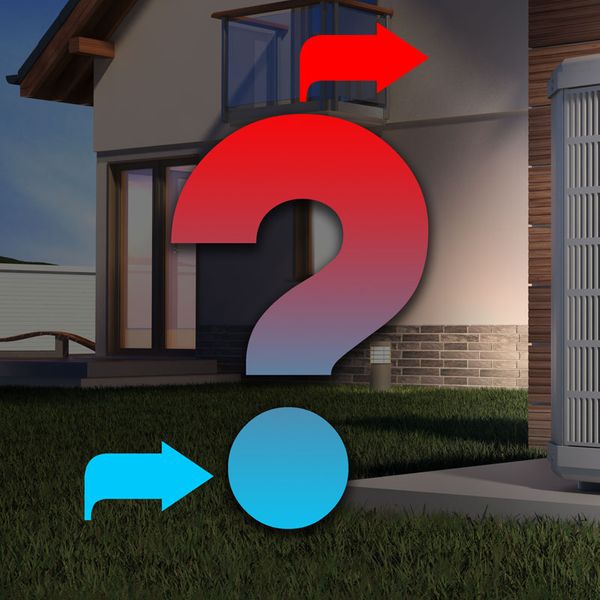 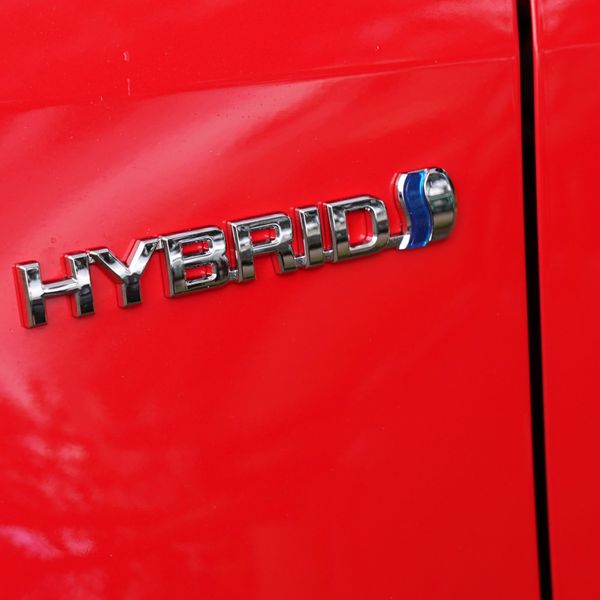