Do EVs need to be practical?

Tom decided he needed a little 'me' time earlier this year and went off in search of the answer to that very question.

Bit of an admission here - but I’ve been slightly cheating on Ginny and Nicki, with another thing about electric vehicles. Weirdly, I’m not just into EVs, but they seem to have landed square in my area at the moment, so I thought I’d keep investigating. Mind you, the stuff that I’ve been driving over the last few months is a bit… sillier than the average.

I’ve been testing extreme electric vehicles for a new series on Motortrend On Demand where I put the really wild EV stuff to the test to see if the bonkers claims made in press releases actually have any bearing in reality.

I get to look at EV Hypercars in one episode - the new stunning Lotus Evija, the slinky Pininfarina Battista and the new Rimac Automobili C-Two, bouncing around from Italy to Croatia to … Norfolk. And I even get to drive one. These are near 2,000bhp multi-million pound pieces of rolling EV artistry - about as far away from a Nissan Leaf as it’s possible to get. And they really do accelerate like nothing else.

I investigate whether you can engineer soul into an EV by taking Porsche’s new Taycan Turbo and putting it up against a series of iconic 911s. I even managed to pop out into the wilds of California to see if you can actually have off-road adventures in an electric car, taking in EV West’s Baja VW Beetle and 600bhp Manx buggy, as well as taking a look at Tier One Solar’s solar trailer. And then I got to go crazy in the new Extreme E off-road race truck in Saudi Arabia. I won’t forget that in a hurry.

But the one little slice of the petrol-powered world that causes the most controversy among traditional petrolheads? Motorsport. As in, whether or not electric motorsport ever be a credible alternative to the smelly, noisy, fire-breathing brilliance of internal combustion competition cars.

Of course, there’s been EV motorsport for a while now, from hillclimb and sprint specials to the TT Zero class at the Isle of Man TT every year. But Hard Cell went to play with some lesser-known eddies of the electric river. After a quick look at the rise of Formula E single seaters and the Jaguar iPace eTrophy support series, we took in 600+bhp STARD electric RallyCross Ford Fiestas in Austria and the newly-electric-only Trophee Andros Elite Pro class in the Pyrenees. That’s spike-tyred, AWD and four-wheel steering ice-racing hatchbacks, to the uninitiated. And yes, they don’t so much race as perform full-contact sideways race ballet. 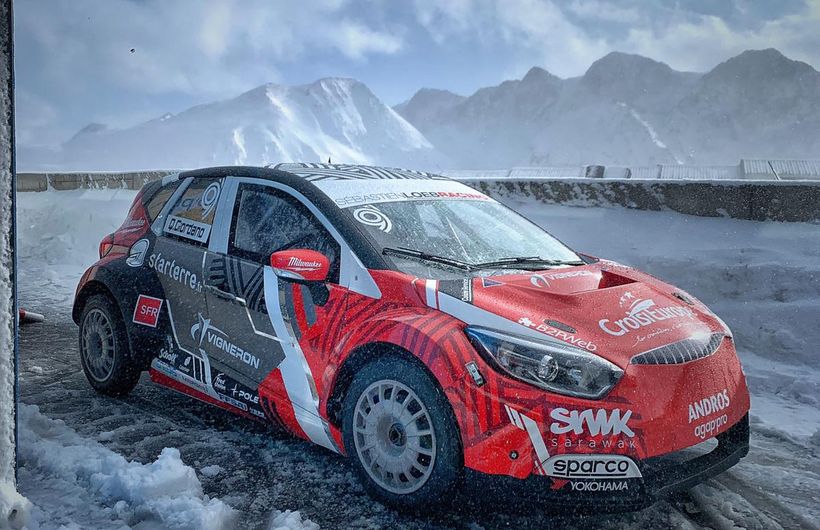 This is where it all got a bit serious. After talking to some friends in the US drag-racing scene, I heard about a ‘special EV project’ involving a major manufacturer. A big player that was doing some experimental work with some friends of mine - who happen to be the people to know if you want to motivate a drag car with volts. They are Jeff Lane and Pat McCue of MLe Race Cars, the ‘big player’ the one and only Ford Performance.

This was big news - Ford Performance were teaming up with the guys at the forefront of EV drag tech. The idea being to build a full-bodied, full-electric drag Mustang. One that would carry the legendary CobraJet name. Now, a CobraJet in its last iteration was a 1,100bhp supercharged 5.2-litre V8 drag special. Skinny fronts, drag slicks, rollcage and full-on, tried’n’tested transmission.

Pat and Jeff were charged with making not a next-gen concept, but a Mustang powered by batteries that the drag racing community could see, understand and appreciate. Something more complex than it sounds. Thus, the car that is now known as the ‘All-electric Ford Mustang Cobrajet 1400’ (bit of a mouthful, that), has essentially the same look, the same torque-converter, rear-end and transmission as the gas car - except the engine bay is filled with lightning.

It’s a neat, clever, intuitive installation as well. In making the car as reminiscent of the petrol-powered version as possible, there’s artistry in the creation. The four e-motors and associated inverters and cabling have been made to ‘resemble’ an actual motor. Wired and wound to look like some strange version of a gas engine.

It all sits beneath the bonnet where an engine would, with the batteries inveigled wherever they would fit for decent weight distribution. It looks completely drag stock from the outside, but this car announces itself with an angry whine instead of a combustion roar - and it makes some 1400bhp and instant torque.  Not a thing to be trifled with.

Hard Cell was there when it first turned a wheel in anger, saw the challenges faced with trying to wrangle a Mustang with much more power than grip, and watched as old-school knowledge was brought to bear on new-school motivation. We saw a car that would spin its tyres at any point on the quarter mile and pull a two foot wheelie. A car that would deliver such crushing torque from zero rpm that managing the car’s launch became a quiet, frustrating obsession. But that’s what these testing times are for: to tune, to push, to find the limits and step over them, so that you know exactly where they lie.

In the end, a simple puncture led to a situation where we weren’t able to drive it - and the subsequent global lockdown prevented our second opportunity. And yet, after all that, at the end of two days of testing, we also witnessed something utterly remarkable. Something that no one there even thought possible. But in the best traditions of cliffhangers…  you’ll have to watch the show to find out what. 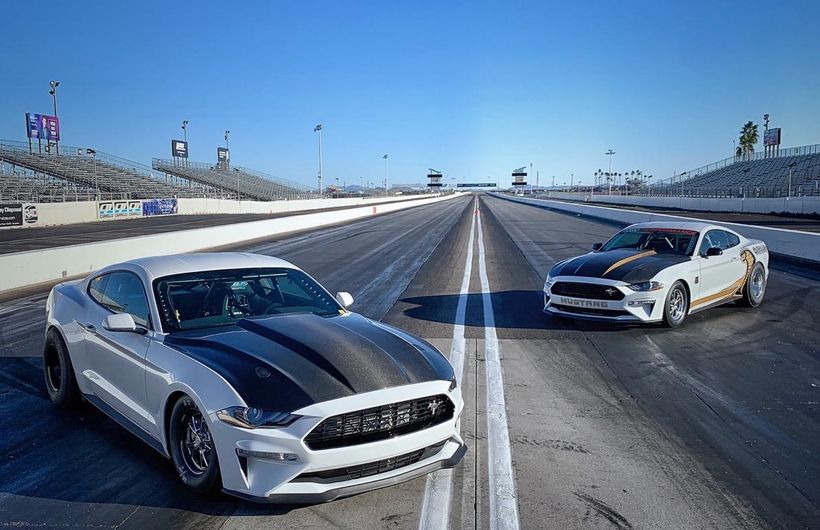