Blog: Hybrids? Or are they Lowbrids? I'm confused....

I am not an engineer. This will become clear in the next few paragraphs, because I will undoubtedly get some vital fact wrong, or woefully misinterpret some basic information that leads to disaster. Like that time as a spotty 17-year old youth I fitted a new engine to my ancient Land Rover and ended up melting my parent’s freshly-laid tarmac driveway. There were fire engines involved.

The reason for my confusion? Hybrids. Or the terminology surrounding them. Because as we stand in 2020, we no longer have a straight set of terminology to represent what ‘hybrid’ actually means. Now we have ‘self-charging hybrids’ which sound like they might actually pop themselves autonomously over to the nearest three-pin wall outlet, mHEV ‘mild hybrids’ which always make me think of something korma-based and for beginners, e:HEV, which is the same thing translated into Japanese and then back into English (thanks, Honda), and the good-old PHEV which is just a hybrid that you can plug in. Confusingly, some people also refer to a traditional hybrid as a FHEV, which brings with it all sorts of immediate pronunciation issues if you start messing with homophones.

We have an e:HEV - the new Honda Jazz plays yet another hybrid tune

An ‘electric’ car is simple. It’s a battery electric vehicle and burns no fuel - at least not locally. It used to be that a hybrid was a car with a moderately-sized battery that required no external power source, but that could move itself or a (very) limited range on EV power alone. A good example being a standard Toyota Prius. The humble game-changer slash butt of terrible jokes that conditioned a generation to the acceptability and advantages of electric motivation in something that didn’t resemble a go-kart with headlights. A Prius might be a cliché, but with good reason.

If you’ll allow me to reduce the engineering to almost unrecognisable simplicity the Prius uses a planetary gear set to fiddle with the engine’s output to charge up a battery and then drive a small electric motor - which could then be used to actually move the car for a short distance. Yay. Reverse the process during braking and the wheels could be used to re-kidnap some of the usually wasted kinetic energy, spin the e-motor the other way and plonk charge back into the battery for later. Again, yay. Of course, the EV produces torque from zero rpm, and the biggest energy expenditure during acceleration would appear to be the initial getting-the-thing rolling moment. So you ended up with a car that managed to be more efficient. 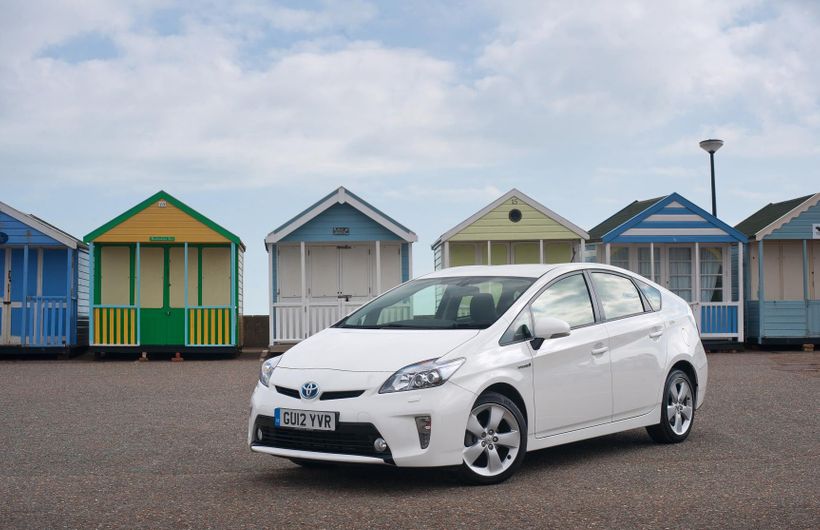 The Prius - a cliché, but with good reason

But things have got more complicated. Now we have ‘pancake’ electric motors wedged behind gearboxes where torque converters used to sit, complete with their own clutches. This system means you can use the e-motor on its lonesome, the engine alone, or parallel (both), just by engaging or disengaging the various clutches for drive. One of the issues is that brake re-generation has to happen through the whole transmission  - not as efficient - but that’s a story for another time. Depending on the size of the battery, you can go a bit further without lighting up an engine.

Then there’s Honda, which has a new two motor generator system (e:HEV) with .. uh.. two motors, a bigger one connected to the wheels, a smaller one connected to the engine, and there’s a fixed ratio for the engine (roughly equivalent to sixth gear), so you get EV only up to a certain speed, then engine when it’s capable of running most efficiently. So what you’re getting is essentially an EV that’s backed up by an internal combustion engine when needed. Kind of the reverse of the traditional hybrid. Sort of. It’s undoubtedly efficient, but not a huge leap.

A plug-in hybrid takes this one step further, adding an even bigger battery (but still not as big as a purely battery-powered car) that you can charge up by plugging it in. Early ones only managed to get you to the end of a driveway before resorting to their petrol engines, but with tax breaks graded depending on how far you can get on electricity alone, manufacturers have stepped up. Some can now get over 50-miles without waking up the engine. This is good, but it kinda spins the miles-per-gallon and CO2 ratings way out of whack. A PHEV can legally claim enormous mpg and minute CO2 because it assumes it gets plugged in a lot. If it doesn’t, it’s just a petrol or diesel engine dragging around a load of battery tech it rarely uses most efficiently. They seem to end up being used to take advantage of tax breaks without actually being used as intended. And generally NEVER as healthy as their lab-wrought paper stats would have you believe. Boo. 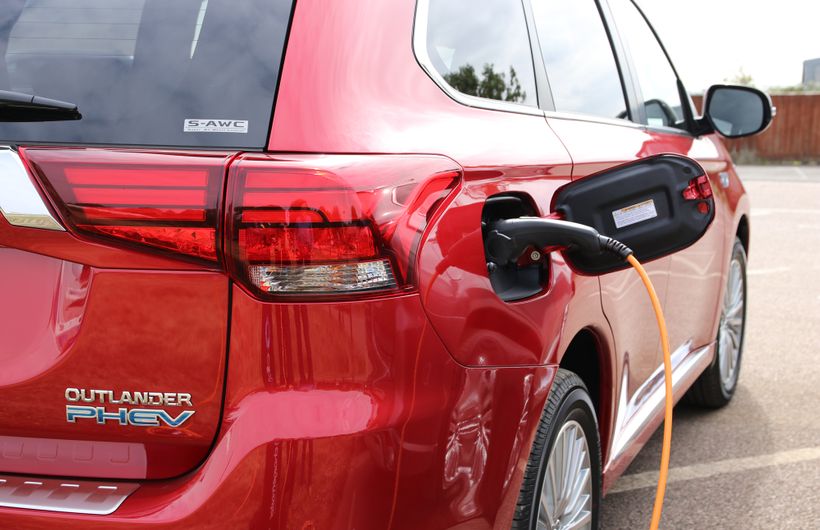 PHEVs - without plugging in, they're just a just a petrol engine dragging around a battery

Then you have mHEVs, or ‘mild-hybrids’. Now these, from what I can work out, are essentially just big, forwards/backwards alternators and small extra batteries that can make use of brake re-generation to help out the engine. So they’ll help the stop/start system, help run ‘electric turbos’, relieve some pressure from the ancillary systems so that the car is a bit more efficient. Are they a big step forward? It doesn’t feel like it. They make use of a battery in a very small way, but they do feel like a bit of a stop gap. After all, if the presence of a battery in a car is what makes it a ‘hybrid’, then all vehicles are hybrids in the first place. Unless you’re a weirdo and pull the battery out of compression (diesel) engine after you’ve started it. Which people don’t. I have, to see what would happen. Don’t judge me.

If you want an example, Ford has just announced the Fiesta Van EcoBoost Hybrid that uses a ’48-volt EcoBoost Hybrid powertrain’ to support a 1.25-litre engine. Sounds good, what with up to 50Nm of extra torque and a BISG (belt integrated starter/generator) instead of a standard alternator that supports the cars electrical bits’n’bobs. It’s apparently intelligent and self-regulating, which is great. And the fuel efficiency scores are acceptable, sitting at 55.3mpg and 115g/km WLTP. But the regular 1.25 non-hybrid hits 55.3mpg and 117g/km WLTP. So the actual gains on the more realistic WLTP test-cycle are fairly negligible. And you bought a ‘hybrid’.

Ford Fiesta 'Hybrid' van - is it worthy of the name?

To add to the confusion, there also used to be range-extender BEVs like the older BMW i3. Essentially a small petrol engine that was used as a generator for the battery (it never actually directly drove the wheels), for when you ran out of charge. Heavy, not that efficient. There’s a rumour that there might be system coming out using a small  - as in tiny - rotary engine in the same way, just to add that intellectual trip back into the mix, but we shall see.

You can see why things are getting confusing: there’s a raft of new names for things that kind of riff off things we think we know, but they aren’t those things. For example, Toyota and Lexus’ hybrids - in my experience - are absolutely excellent. They run with decent EV, make best use of the fuel that you put in them and are certainly way more ‘eco’ than a straight ICE in general driving. But to call them ‘self-charging hybrids’ feels like a bit of a mis-step. Yes, I can see where they were going with it - you don’t have to plug them in, differentiating them from PHEVs - but what was wrong with just being a very efficient hybrid? You’re almost creating something that ‘sounds’ like another kind of car, without actually doing so. 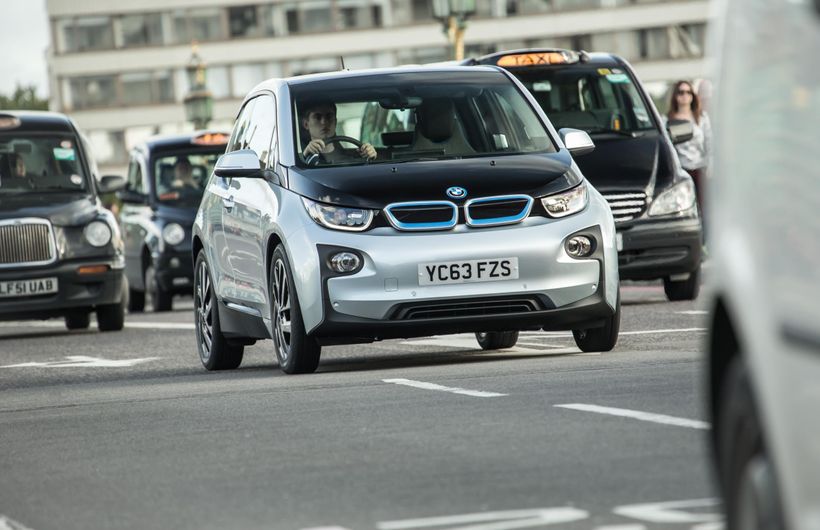 The BMW i3 - the REX is now extinct

So ,what’s my point? I guess it’s that the terminology of greener cars is being co-opted by marketing departments who want to make their cars sound more appealing. This is not news, I know. Some of it is just differentiation of novel technologies  - albeit delivering the same thing - something that marketeers have been doing since the first age of the barter system. But it means you probably have to do a bit more homework on exactly what works for you before you drop the cash, and realising that some of the systems that sound groundbreaking actually aren’t. Don’t just read the label: check the ingredients. 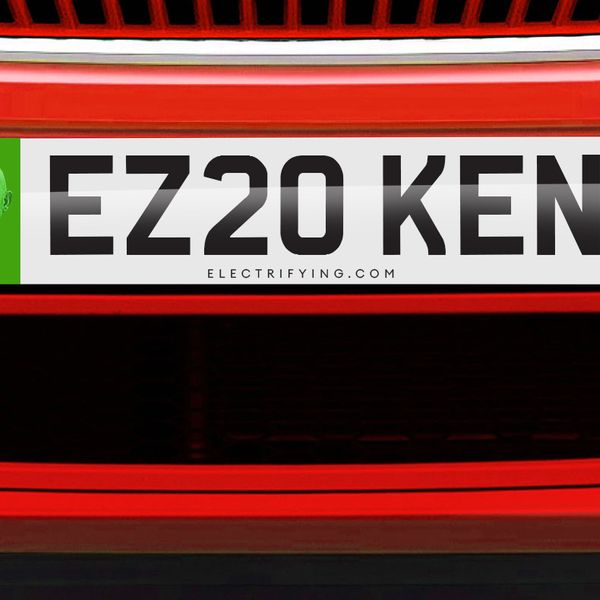 The Sun's veteran motoring editor has a message for the...

Don't mess with the man from The Sun. The Sun's veterans motoring edit... 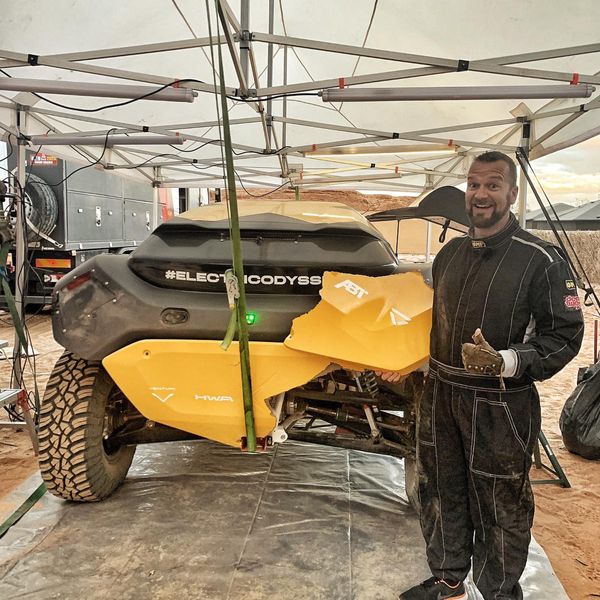 Here's a thought. Do EVs have to be practical?

Tom disappeared earlier this year for some 'me' time. We've finally fo... 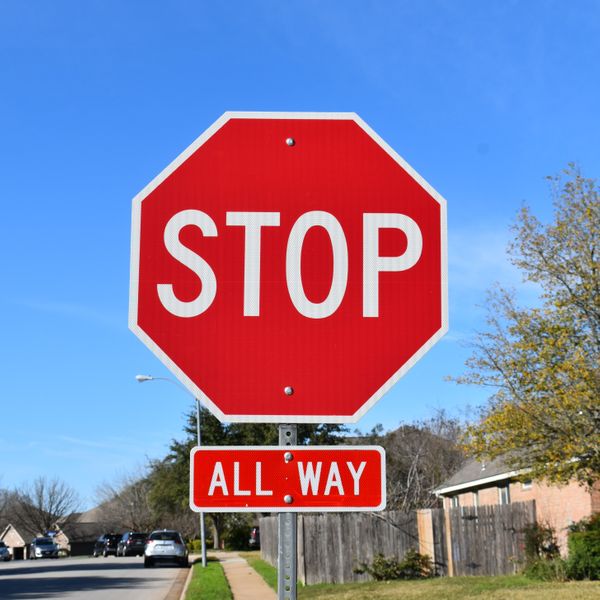 Why the end of the road for petrol and diesel cars is c...

Our guest blogger explains why you won't want to buy a petrol or diese...