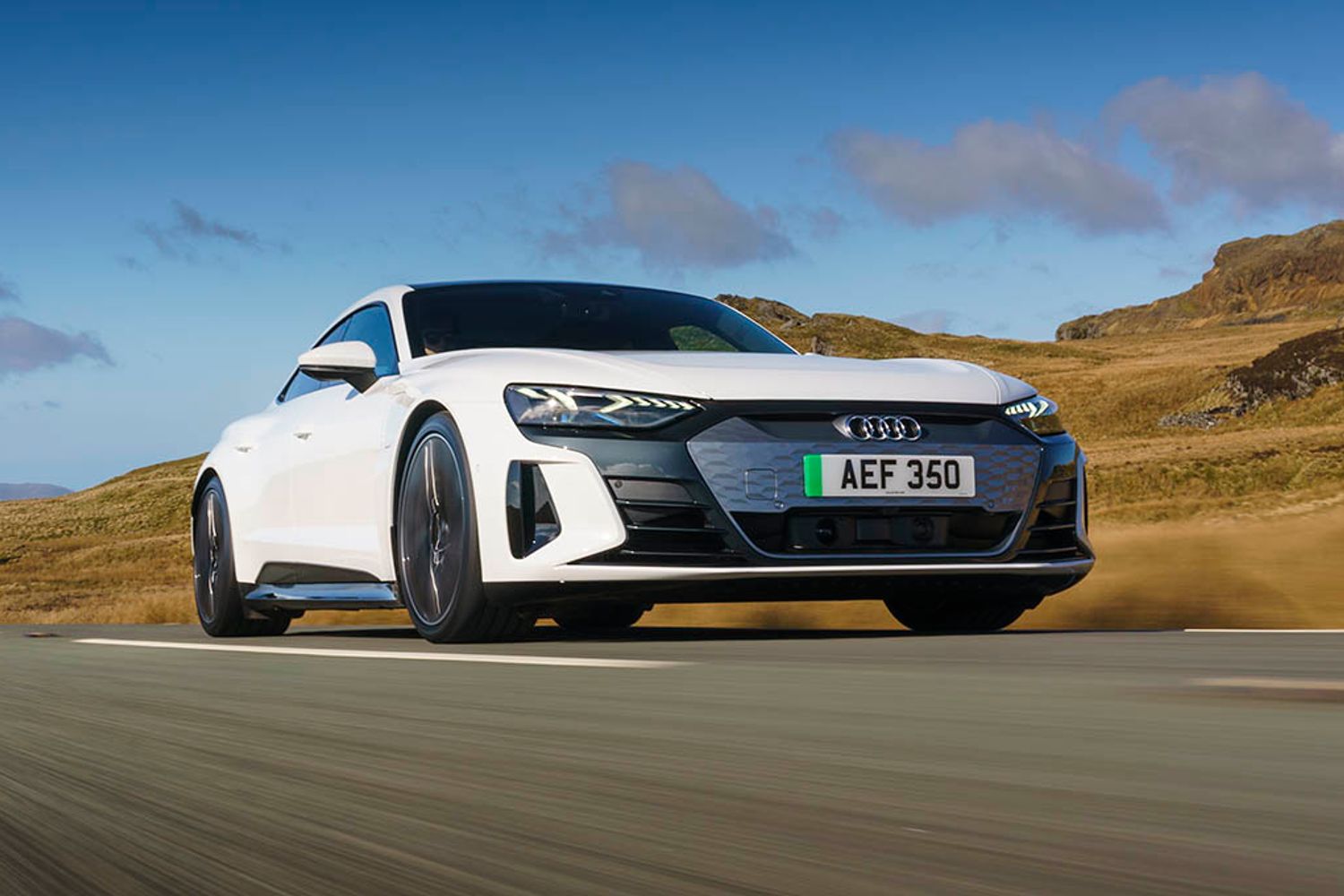 The e-tron GT comes in two variants, with the most powerful RS version boasting the stats of a bona fide performance car.

You’ve two choices when it comes to buying an e-tron GT, and neither of them is what you’d call slow. Both use an electric motor at each axle for four-wheel drive, allowing the car to wear the hallowed Quattro badges that’ve adorned Audis for over 40 years now. The base e-tron GT is unlike any other base spec car you’ve ever heard of – its core power is 469bhp, but it’ll boost to 523bhp for a few seconds of hard acceleration, give it a 0-62 time of a mite over four seconds. It’s sports car pace.

Then there’s the RS e-tron GT, from the same department responsible for the mighty RS6 estate and R8 coupe. Its core power is 590bhp but its boost figure a borderline unhinged 637bhp, for a 0-62 time of 3.3 seconds. Which is supercar pace.

And it really feels it, too; find a safe and legal place to execute a launch control start and more brain will be discombobulated for hours. Perhaps more crucially, though, its mid-range power – the bursts of acceleration you’ll use in cut and thrust traffic or merging from slip roads – is just as prodigious. This is a truly quick car in either of its guises.

The Audi GT is selling itself as a Grand Tourer rather than a sports car and it does a very good job of making journeys relaxing. So while the performance is equivalent to much more agile sports cars, the driving experience is actually hushed and comfortable. There are the obligatory driving modes or course, and in ‘Comfort’ or ‘Efficiency’ the e-tron feels at its most natural. The ‘Dynamic’ mode doesn’t quite unleash hell, but it does make the car’s steering and throttle responses more urgent and firms up the suspension too.

Whether you’ll use it often depends on how you drive, but we suspect even the keenest of drivers won’t take the long way round in their GT very often. That’s not to say it doesn’t handle – quite the opposite, the Quattro system ensures of that – it’s just that it’s not as overtly sporty as the Taycan and if you carry too much speed into a corner, the weight of the GT starts to make itself felt, even though the centre of gravity is nearly at floor level. But a touch of the brakes brings back your confidence as they bring the speed down effortlessly. It’s a very capable car to drive just not as fun as its wacky looks and crazed performance stats might suggest. But for the GT role it’s playing, Audi’s nailed the driving experience.

« PracticalityPricing »
Own an Audi e-tron GT or looking to buy? Tell us about your experience