“For decades the BMW 3-Series has been the first choice for company car drivers who like driving and want to keep their tax bill low. The i4 is set to be their new top choice.”

“A BMW with pure electric and proper range? Check. Looks utterly unassuming? Check. Fun to drive? Check. This one is interesting from the makers of the Ultimate Driving Machine.” 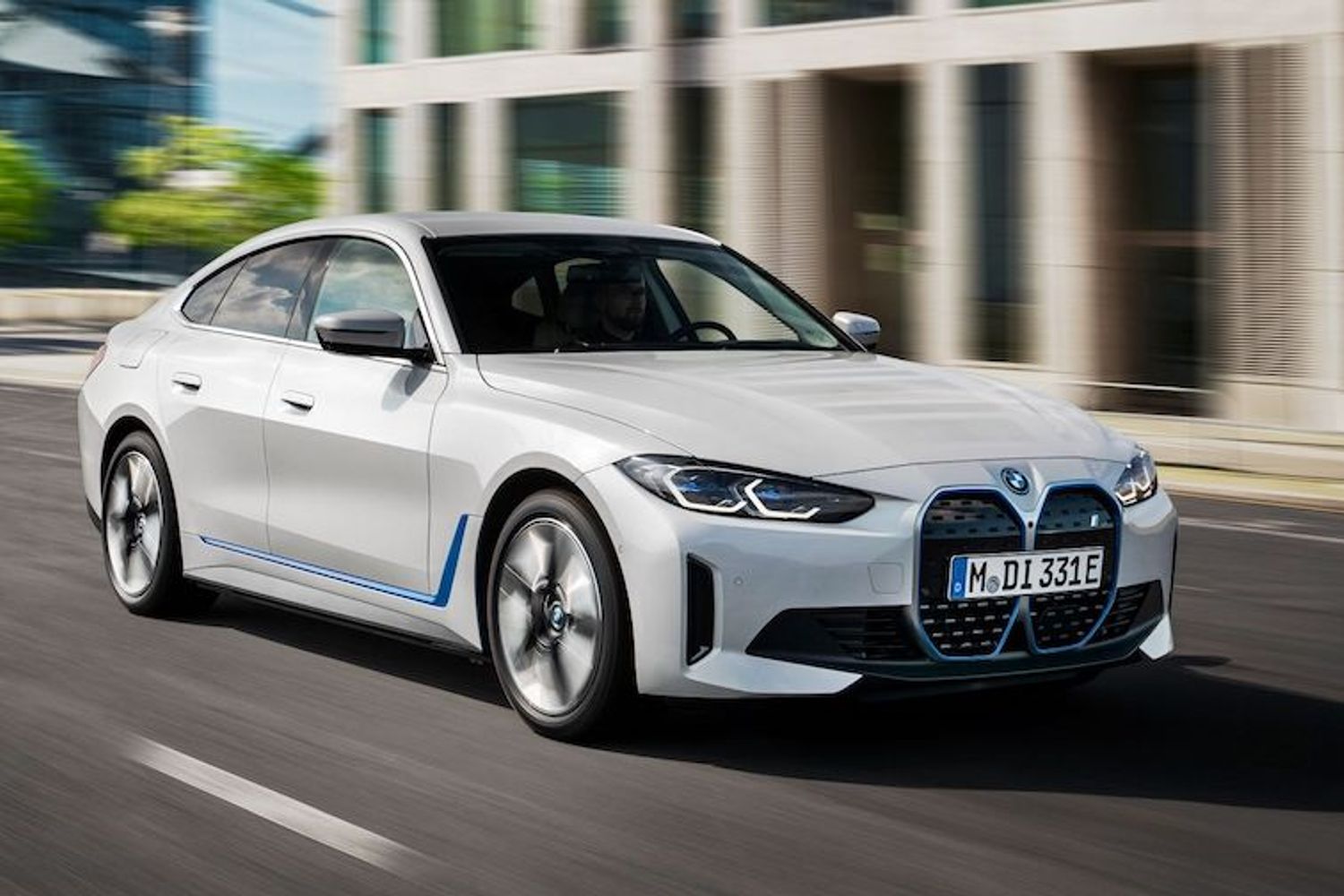 The end is in sight for the combustion engine.  Whether petrolheads like it or not, electric cars are the future. But BMW is taking away the fear for drivers who need to be weaned off the petrol pump. While dedicated electric models such as the Mercedes EQS, an Audi e-tron GT or even the iX from its own ranks promise different and new driving experiences, the old values count with the i4.  The four-door 'coupe hatchback' promises more driving pleasure than any other electric car in this class and feels as much like a combustion engined car as it can.

It's no surprise After all, BMW has not developed its own ground-up design for the i4, but has used the basic structure of the best-selling 3 and 4-Series as the foundation for this car.

It might drive in a conventional way and share its bigger bits with a petrol car, but there is a lot of new technology in that familiar shell. The i4 runs with the fifth generation of BMW's electric hardware - e-drive - and makes a corresponding leap in usability. The space needed for the motor and battery has decreased while the energy stored in the battery has risen compared to BMW's last generation of electric cars. As with the higher-riding iX3, the engineers have integrated the motor, the gearbox and the power electronics in one housing and at the same time increased the efficiency of the package which has also physically shrunk in size by 30 percent.

The battery has also been further improved and can now store more energy with less space and weight. And the new cells are also fast when it comes to charging, and at the right recharge point they can provide power for up to 100 miles within ten minutes.

It surprises you as soon as you get in. Whereas in other electric cars you usually sit on a thick battery pack and therefore feel quite tall-riding, in the i4 the seat goes way down and you immediately feel closely connected to the road. Add to that a centre of gravity that is almost five centimetres lower than in the 3-Series because of the batteries in the floor of the car, an adaptive chassis and a famously precise steering system, and you start to feel that urge to go for a drive.

If you give in to it, you'll find the i4 has a 335bhp motor that feeds the rear wheels. - that's about 15bhp more than you'd get in a top-of-the-range 440i with a petrol engine. It accelerates the i4 to 62mph in less than six seconds (a little behind that 440i) and feels surprisingly light and manageable despite its stately two tonnes. This is a car which feels like a BMW in the way it drives.

If you need more power,  BMW's famous performance arm has also got involved, building a faster electric car for the first time. The £63,905 i4 M50 certainly has the figures to match the famous badge. The 536bhp listed in the data sheet exceeds the M3 and the Tesla Model 3 Performance. It's enough to give a 0 to 62 time of about four seconds. The ratio of 80 kWh battery and 316 miles of range is also a reasonable combo, but it's behind the Tesla's 352 mile total. If you like the current BMW design style, you will also be enthusiastic about the somewhat beefier appearance of the M-Performance model. ​

The i4 feels like every other variant of the three and four, is crisp and manageable, agile and aggressive. Even the sound is right. Not just because BMW has composed a special soundtrack for the i4 with Hollywood legend Hans Zimmer (as it has with other models) for low speed warnings to pedestrians. But because the engineers chose to replicate the exhaust not of an M2, whose hungry roar easily drowns out the hum of the electric car and gives the silence a little more substance.

​The body, too, wanders between petrol and electric worlds. In terms of shape and format, the i4 is traditional-looking. But accents such as the grilles, which are still huge but now closed, or the blue stripes under the doors set it apart from the combustion engine models.

The layout of the interior, with its high centre console and the circular steering wheel (in contrast to the iX) is quite traditional orientated towards the driver. But the displays are already from a new era. Instead of the usual instruments, the i4 has a curved OLED display that sits delicately behind the steering wheel.
​

The fact that there is still a huge battery under the floor of the car is hardly noticeable to the driver. Because BMW claims the slimmest battery pack in this class at eleven centimetres, the i4 is comparatively flat and also offers a correspondingly low seating position. But while the driver benefits from this layout, the backseat passengers pay a higher price for it. Unlike in dedicated electric cars with clever packaging, the rear of the i4 is comparatively compromised and falls behind the competition.

The i4 is an all-round convincing offer for all those who do not want to completely erase their memories of the good old days when switching to electric motoring. It's not as revolutionary or dramatic as some other electric cars, and shows little of the brave design we saw with BMW's first electric model, the i3. But that is perhaps what the majority of drivers want - and BMW is rarely wrong.