A fantastic evolution of the 500 that keeps the charm but finally brings the comfort, efficiency and tech you want.

“Fiat has taken a much-loved car and re-invented it for a new generation. An electric only 500 is the ultimate city car and I love ‘Sherpa’ mode which makes sure you get the most out of your range. The cabrio version is my favourite - it'll be a huge hit.” 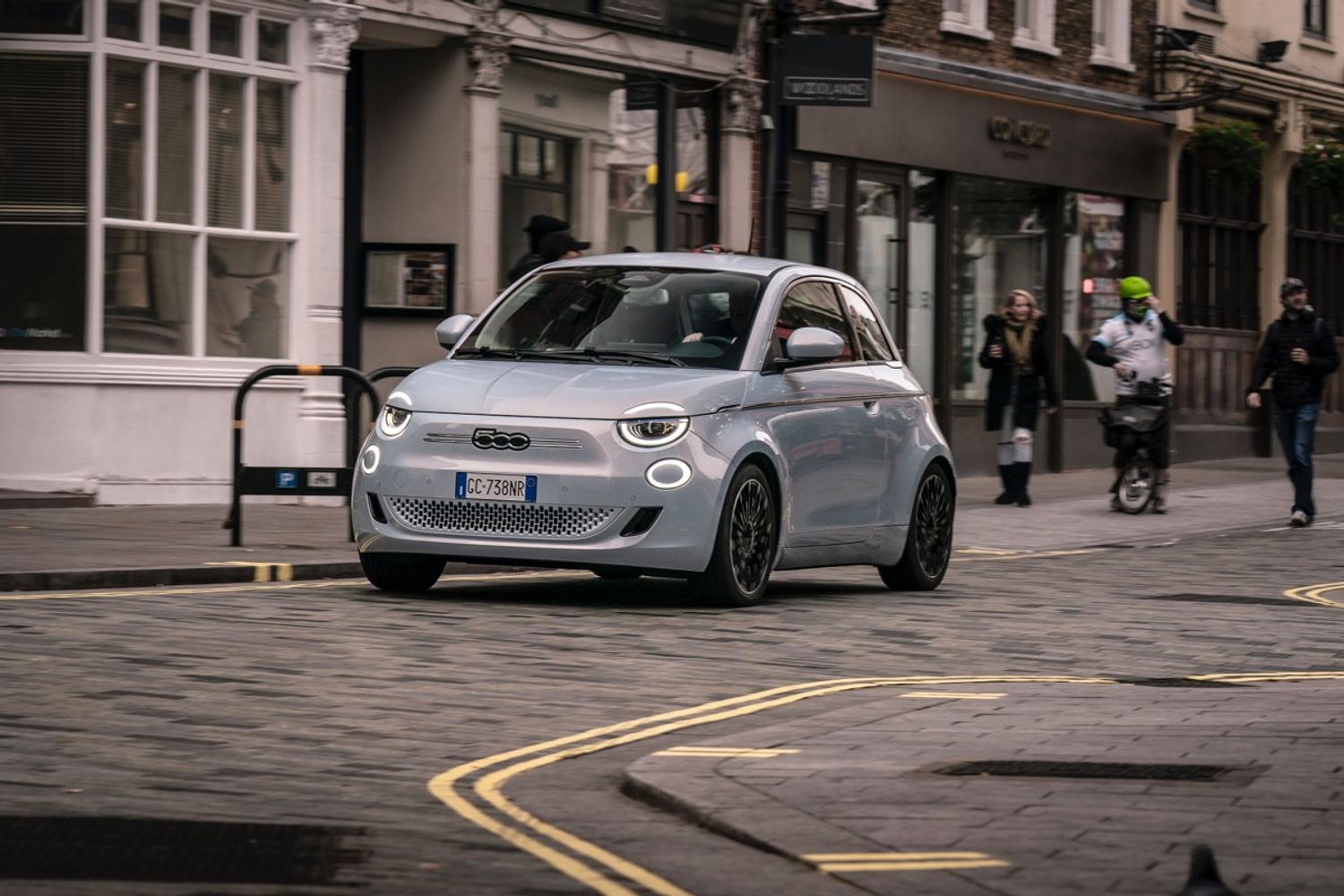 You probably don’t need much introduction to the Fiat 500. After all, it’s been around since 2007 and has sold over 2 million examples. There’s almost certainly one parked at a jaunty angle in your neighbourhood, looking eye-catchingly brilliant despite bearing a decade’s worth of scars.

So it is no small matter that you are looking at an all-new one. Along with a fresh body and underpinnings it has new propulsion, with power for the New 500 coming from either a 24kWh or 42kWh lithium-ion battery that powers a 117bhp (87kW) electric motor.

The Fiat 500 electric is available with an impressively big range, with two battery pack options, a choice of hatch or cabrio body styles and three trim levels. There's also a launch special La Prima (the first) version for those with particularly deep pockets.

The New 500 might look like a facelift of the previous car, but it's a completely new car on an all-new platform. Thanks to a 60mm increase in length and width, it looks a more imposing car and the design team have done a fantastic job with the detailing and overall look.

Range for the bigger 42kWh version is an impressive 199 miles, which rather embarrasses the likes of the similarly dinky Honda e and MINI Electric. Rapid charging can be done at up to 85kW (42kWh battery only), which is allows faster than average top-ups - it works out at a 20-80% zap in around 30 minutes.

Customers can choose between two batteries: an entry-level 24kWh pack for the entry-level Action model and a 42kWh pack for the rest of the range. The smaller pack has a 94bhp (70kW) electric motor while the 42kWh battery model has a beefier 118bhp (87kW) motor. Action models have a WLTP range of 115 miles with the larger 42kWh models offering a more useful 199 miles. Although, as of Summer 2022, only the 42kWh battery models are available.

Fans of the existing 500 will be pleased to hear that it’s not going away; it’ll remain on sale alongside the New 500 (we really wish they’d called it 500e, as the badging on the car suggests) for the foreseeable future, offering a petrol version for those not ready to go fully electric just yet. However, those wanting to get all the benefits of the New 500 with a petrol engine will be disappointed, as Fiat has confirmed that it will be electric-only.

The New 500’s interior is arguably its greatest area of progression over the previous generation – even taking into account the switch to electric. The driving position is now comfortable – it’s set lower and has a decent range of movement to the wheel and seat, which you couldn’t say of its predecessor. It also gets the 10-inch touchscreen system which delivers the features you expect in 2020. Wireless Apple CarPlay and Android Auto are included, as is TomTom nav, USB connectivity and more.

It looks appealingly retro, too, with neat touches like a central cubby between the seats that gives way to clear through-space between the upright dash.

For all the retro focus, there are some very modern touches including push-button door releases, and even fabric made from recycled ocean-waste plastic. What hasn’t changed for this new era of the 500 is that you’ll still struggle to get adults comfortable in the small back seats. That said, there's a tiny improvement in space thanks to the overall increase in width and length.

On the road, the New 500 is just what it needs to be: fun. It’s not as engaging as the MINI or Honda, but super-light yet predictable steering and a tight turning circle of 9.6m makes it joyously easy to wind through town or around awkward multi-storey car parks. You are always aware of its increased weight over the previous version, but for most owners, the driving experience is enjoyable.

Acceleration feels a lot sharper than the 9.0sec 0-62mph time suggests, and it never feels remotely underpowered even if you ask for a burst of power when overtaking.

When slowing down there are only two brake regen modes, which you toggle through via the drive mode switch. Normal delivers a setting so mild that it’s barely noticeable, while Range and the adorably-named Sherpa mode both activate one-pedal driving, which allows you to accelerate and brake with the ebb and flow of traffic without touching the brake pedal. It’s fairly easy to use; the car slows predictably so you can judge how quickly it’s going to stop. Ultimately, this is one of the more intuitive one-pedals systems we’ve tried.

What’s less ideal is the ride comfort which, on the 17-inch wheels, was fairly choppy over poor urban surfaces. It won't be a deal-breaker for most drivers, as the suspension does take the sting out of the worst bumps, but you get bobbed and jostled about if the road’s not good. The smaller 16- and 15-inch wheels on cheaper models would go a long way to solving this if you're prepared to take a hit on the design front.