Lexus' first pure electric vehicle is well rounded and decent at most things. It's not spectacular in any way, but it could be usefully cheaper than a Tesla to run.

“There's nothing revolutionary about this car and it's already looking a little behind rivals in terms of charging times and range. But Lexus reckon it will cost almost £100 less per month less to own and run than a Tesla Model 3. Would that be enough to tempt you?”

“The Lexus UX is a really bold looking car and I can't quite work out if I love it or hate it. What I can't argue with is the warranty. Keep having it serviced at a Lexus dealer (and they are generally lovely, so you would if you could) and the power pack is covered until it's a decade old or has covered 600,000 miles.” 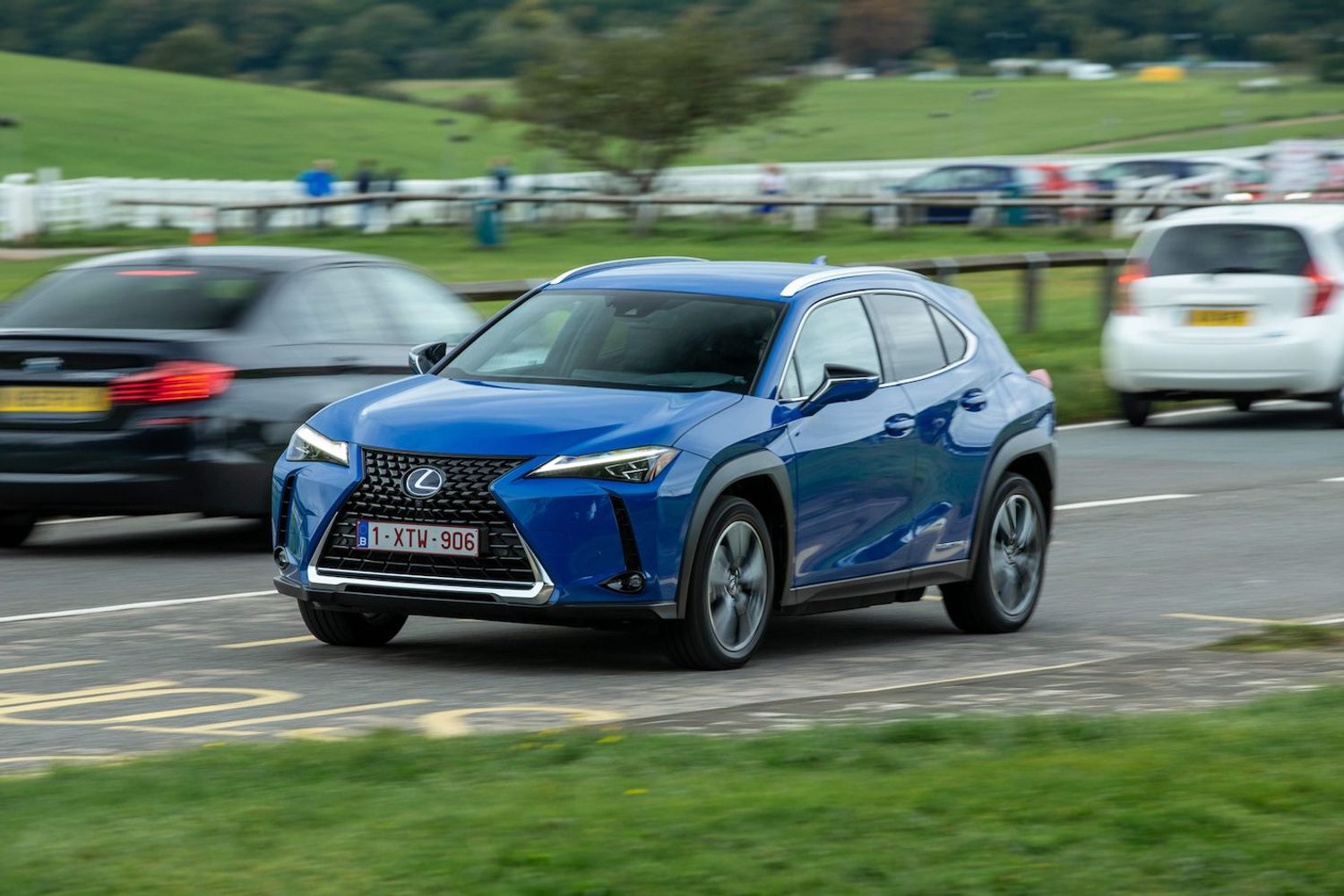 Lexus as a company has always been very good at refinement and comfort - a company mostly aimed at waft rather than warp speed - so it makes sense that it should end up embracing pure electric after a long time playing with more traditional hybrids. And here’s the first: the fully electrified Lexus UX300e.

So what have we got? Well, the UX is Lexus’ small urban-centric SUV, the one that’s supposed to lure you into lifelong Lexus love - the gateway drug for vaguely niche Japanese luxury. So it’s aimed at 30-something ‘Creative Urban Explorers’ according to Lexus, a five-seat, high-riding hatchback with some seriously arresting styling.

But don’t let that put you off - as far as we’re aware there’s no age restriction on the UX, and weirdly, it actually looks better the more violent a hue you paint it in.

It’s currently offered with several drivetrains, but nothing that relied purely on battery power - until now. So there’s a fairly traditional electric set-up slipped neatly into the UX’s hyper-creased body: a 201bhp motor under the bonnet, with a 54.35kWh battery pack under the floor, driving the front wheels only.

If you want stats, we have them: 0-62mph in 7.5 seconds, a 100mph top speed. Range? Well that depends on which alloy wheels you choose. With the 17-inch standard wheels, the UX300e will do 196 miles on a full charge, but if you opt for the larger, wider (and therefore harder to propel) 18-inch wheels, you’ll see that capability drop to about 190. Sub-200 miles of range for a car costing in the mid-40s might seem a bit mean, but Lexus reckons that their customers only drive 29 miles a day, so a week’s worth of commuting (five days) without charging is well within capability, and the smaller battery has advantages.

The biggest is weight - a smaller battery will make the car more nimble and efficient - and cost, because batteries are currently very expensive. You want a massive power pack (and range), then you’re going to pay for it. And while we’re on that subject, a full charge on a home wallbox (where Lexus says most of its customers will charge) will take 8.5 hours, with an out-and-about rapid charge (via a 50kW CHdeMO socket) taking just 50 minutes from zero to 80%. Most won’t be arriving at a rapid charger with zero percent of range, mind.

Whatever your range requirements though, the UX300e is a lovely car to drive. Everything from the glass to the tyres to the linings of the wheelarches have been tweaked to offer maximum hush, and even for an electric car, the UX is beautifully quiet. It’s peppy rather than fast, but more than enough for anything you may need in terms of acceleration - though hoofing down a motorway will see your range drop like a brick from a rooftop. As ever, there are three driving modes (Eco, Normal and Sport), though you probably won’t need them as the car seems best suited to just being left in ‘Normal’, bringing decent steering and a general feeling of wellbeing.

There is also brake re-gen, although it isn’t very strong - this definitely isn’t a ‘one-pedal’ car - and it annoyingly switches off as soon as you press the throttle again. A bit of a missed opportunity if you ask us. But other than that, the driving experience is relaxed and relentlessly competent.

As for the bits you look at and touch, the interior is as angular as the outside, but it all works and is exceptionally well-built. The touchpad in the centre console takes a little getting used to, and we’ve only tried the top-spec ‘Takumi’ model (more of that in a moment), but generally it all works and works well - although the back seats are a bit gloomy. A solid effort with the hardware, then.

As for other stuff, you get the usual App that manages charging and the like, an aggregated Europe-wide charging deal with Digital Charging Solutions, and decent enough warranties of three years/60k miles for the vehicle and eight years/100k miles for the battery.

Lexus dealers have excellent customer service and a good reputation for reliability, so the car should be covered. The choices are pretty easy, too; the UX300e comes in one basic model, with two available spec packs, Premium Plus and Takumi pack, both of which obviously keep the same hardware but up the luxury technology game.

Interestingly, Lexus acknowledges that while the UX300e in basic trim stands at £500 more to buy than a Tesla Model 3 Standard Plus, it reckons that the business contract hire runs out at £44 pounds a month less, and getting on for £100 less per month on total cost of ownership, so you’ll need to do your sums to work out if the car makes sense for you.

As for the car itself, the Lexus UX300e is a smart, well-built, decent-to-drive pure electric vehicle. It’s not hugely surprising (unless you order it in orange), but it’s a rounded take, and suits the Lexus vibe well. Not the most spectacular of things, but if you’re in the market for something like a Volvo XC40 Recharge, it is definitely worth a look.