Vauxhall's Mokka has gone from being barely-palatable to a gourmet delight. It's stylish, good to drive and pretty efficient too.

“Saving costs by sharing the big bits of hardware with Peugeot and Citroen means the Mokka is a thoroughly competitive little electric SUV, with a sensible range, decent tech and just enough room for a small family. Scoop one of the inevitable deals and it looks OK value too.”

“The ugly-duckling-to-swan transformation of the Mokka is pretty impressive. It sounds like a small thing but I also really love the adaptive headlight technology - it's something usually found on posher cars and makes a real difference on dark winter nights.” 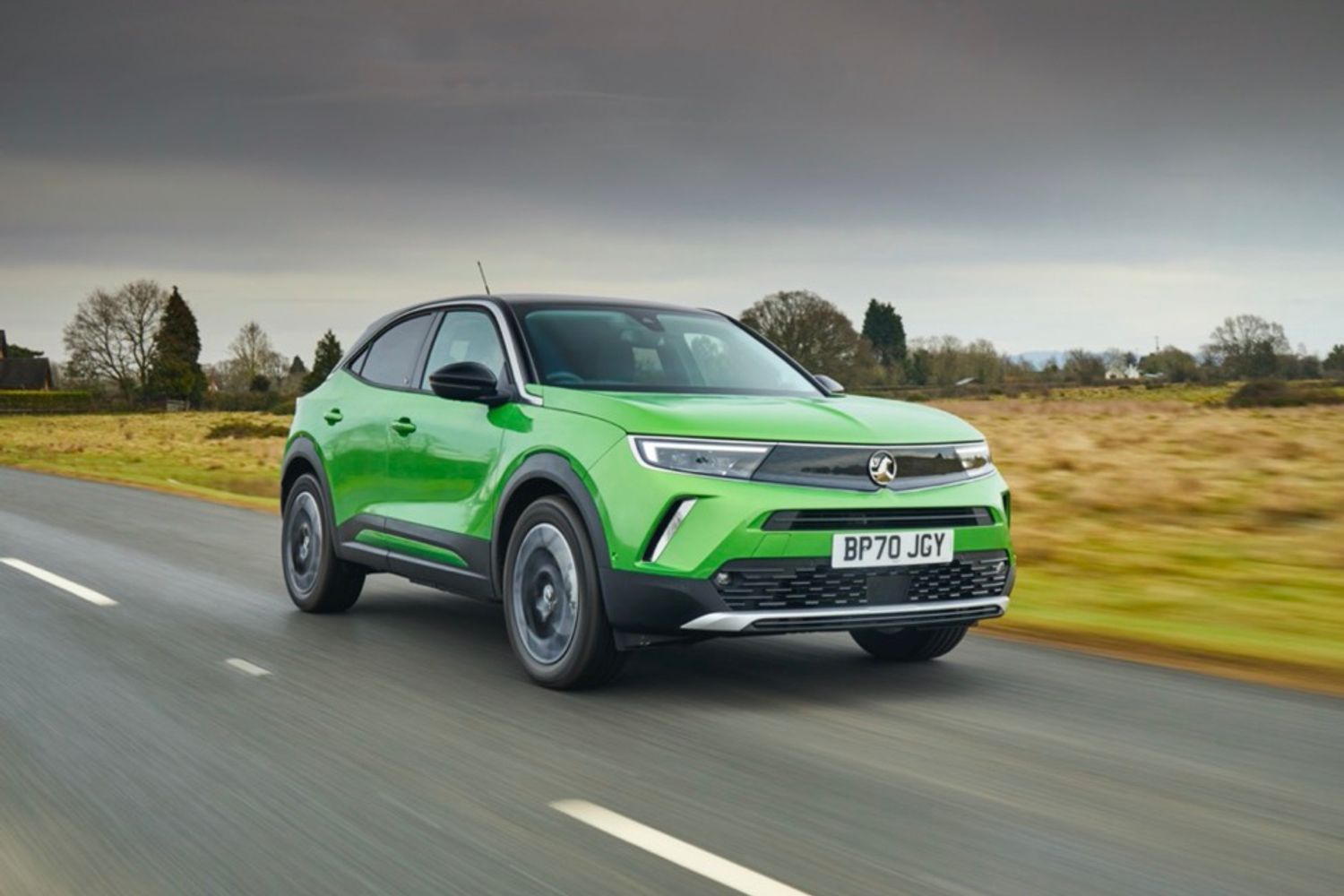 Any parent will know the feeling of being at a school event and looking forward to a cup of coffee. You pay a Pound and are handed a Styrofoam cup filled with watery, tepid liquid flavoured with catering instant granules.

Despite its name, the last Vauxhall Mokka was the motoring equivalent of that beverage. It was awkward looking, uncomfortable and even disinterested motorists thought it was disappointing to drive. And like that coffee it was cheap, but not cheap enough to forgive its shortcomings.

But now there’s a new one. And it promises to be more like a fresh ground bean rather than own-brand instant.  Is it finally time to bury those Mokka prejudices and start afresh?

Before we get to the driving impressions, we need to talk about the looks. They are always a question of personal taste of course, but there is no doubt that the new Mokka is now a much more interesting car to look at. It really has gone from the sort of car you’d park around the corner to something you’d be proud to say is yours.

And the big news, for us at least, is that it’s also gone electric. Just like the smaller Corsa, the new Mokka has a choice of power. When you’re ordering your new car, you can tick the box which says diesel, petrol or 100% pure EV.

If you do go for the electric you’ll get a 50kWh battery and a motor which produces around 134bhp. That’s actually more powerful than the petrol or diesel versions and is about the same as you’d expect from something like a 1.6-litre engine in the old model.

It uses the same motor and battery set up which is used in a string of other cars from the bigger company which owns Vauxhall, including the Corsa-e, Peugeot e208, e2008 and even the Vivaro van. This is no bad thing as it’s a good set up and using it across so many cars brings economies of scale. It means you get better hardware for the money.

In the Mokka it gives you an official range of just over 200 miles  - 209, to be precise - per charge. A home wallbox charger will see it topped up in 7.5 hours.

That’s competitive compared to other small SUV-shaped electric cars at the same price level, such as the Hyundai Kona EV with the smaller battery option and also conventional hatches such as the Nissan Leaf. It’s also not far behind the smaller Corsa’s 209 miles.

Those economies of scale also mean you get some decent tech in the Mokka, housed in a smart interior. It feels far more finished than the Corsa’s and isn’t quite as divisively-modern as the Peugeot 2008 and 208. Instead of traditional dials, you are faced with what Vauxhall calls the Pure Panel display – that’s a couple of digital screens joined together to make one big display - and comes in either 7 and 10-inch or 10 and 12-inch depending on which model you choose.

It’s easy to use and includes EV information, a wireless phone charging pad and the essential Apple CarPlay and Android Auto compatibility. There are a couple of disappointments inside though. First, while the space and quality feel in the front of the cabin is fine, the rear seat passengers don’t get such a good deal. If the driver is over 5’8” then the person sat behind them will have their knees touching the seat in front. The quality of the fittings in the rear is more bargain basement too, with noticeably cheaper materials on the doors.

Move around to the boot, and it is usefully bigger than a traditional ‘supermini’ hatchback and has a removable floor panel which makes hiding valuables and charge cables easy. It’s not quite as big as a car like the Leaf or ID.3 though, and these cars will make more sense if your kids are nearer teen than toddler.

Out on the road, the Mokka goes back to impressing. The driver can actually choose the character, performance efficiency level for each journey via a driving mode switch. Unlike some other electric cars these really do make a difference to the way the car behaves.

If you know you are only going a few miles and can charge at the end of the journey, you can select a ‘Sport’ mode which unlocks all of the electric motor’s 134bhp performance, but will probably mean you’ll only be able to go 150 miles between charges. It also changes the way the throttle pedal responds and the steering feel.

If you want to make the most of every watt, select ‘Eco’ and you could stretch the battery to take you 280 miles without needing to plug in. That would make a journey from Yorkshire to Heathrow comfortably within reach. But it robs a bit of the power to compensate and only gives you 81 horsepower – think of it like a 1-litre engine. The accelerator pedal feels much less responsive too. That’s not much fun, but then again neither is sitting around waiting for a car to charge.

If you do find yourself waiting, you’ll be pleased to hear that the Mokka will take up to 100kW from a public DC charger, which is fast for a car of this size. In fact some cars like the Nissan Leaf can only accept half that, and it means the Mokka can get to 80% in just half an hour.

When you are back on the move, you’ll find that the Mokka can be quite good fun in Sport or Normal mode, but what’s most striking is the refinement. This is a very quiet and relaxing car to drive.

The final ingredient of the Mokka recipe is the price. The cheapest electric Mokka (thanks to a recent price cut) is just under £30,000 or about £365 a month on finance (with the Government grant factored in). The range consists of four models; SE, SRi, Elite and Ultimate and all look decent value for money. If fact, there's very little to choose between them with even the most expensive Elite model adding around £1,200 to the list price despite coming with a lot more equipment.

That all makes it seem even more attractive. We won’t be Mokka mockers any more.