The electric version of the current MINi has been a huge success. The new version is set to bring more refinement and extra range - but we have to wait.

“Forget the crazy camo on this test car - the new model will have looks which are a big departure for MINI. It will still be instantly recognisable, but there's nothing retro about it - especially at the back.”

“I really love the current MINI Electric and it sounds as though the new version will have useful upgrades to the range and refinement. It's a shame it will be built in China rather than down the road in Oxford though.” 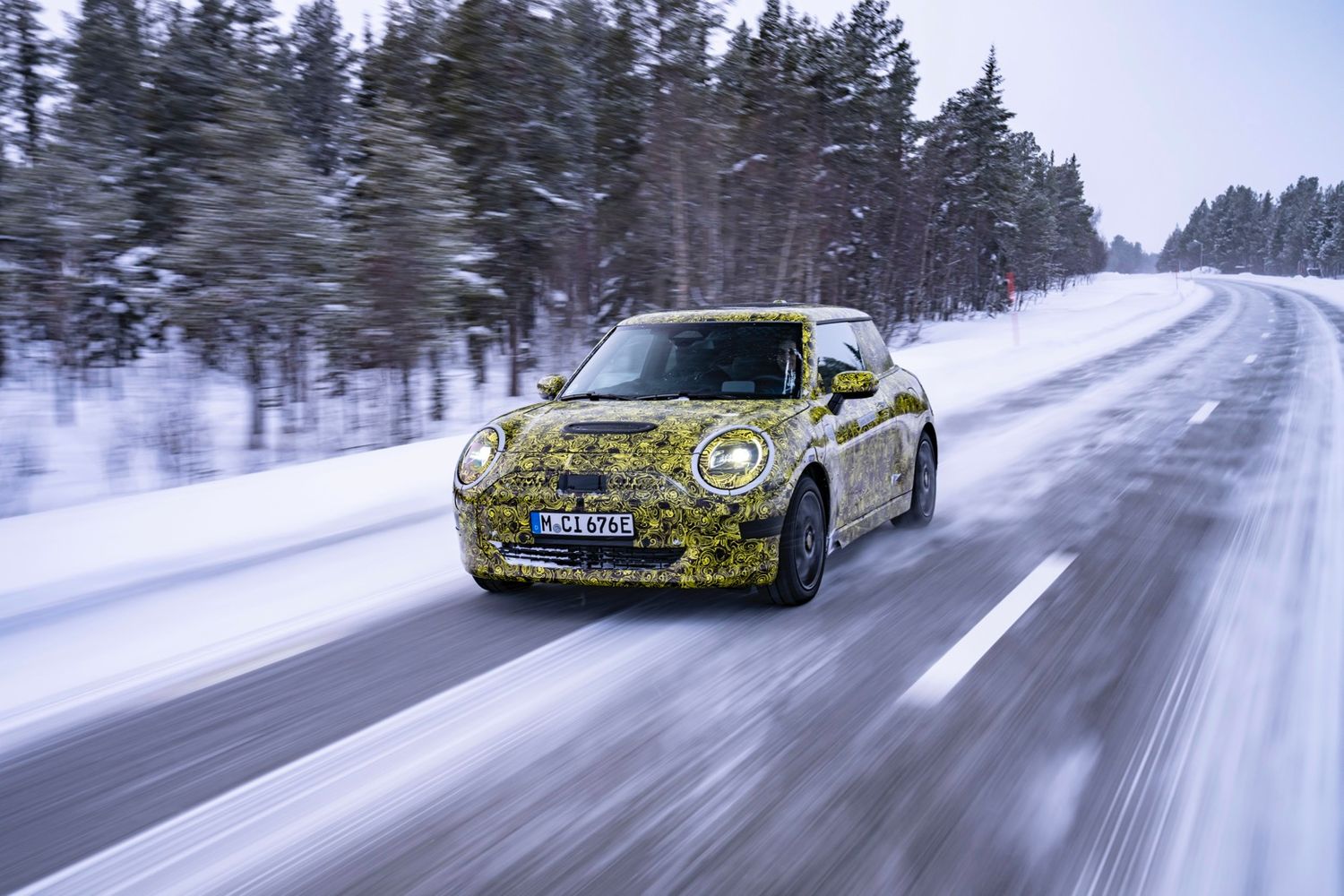 The MINI Electric has been a stellar success for BMW. It’s only been on sale since 2020, and yet one in every three new MINIs that roll down the production line in Oxford is now the Electric version. Switching a British icon to electricity is proving to be rather easy.

Time doesn’t stand still in the new car world, especially so when it comes to electric cars, and BMW is already readying the next fourth-generation ‘New’ MINI for its global reveal in late 2023 and its full launch in 2024. Despite the covers not coming off for another 18 months, Electrifying has already ridden in the passenger seat to have a first taste of the new model.

With such strong sales of the electric version, BMW could make the next MINI a pure-electric car just like Fiat has done with the 500e. However, the 2024 MINI will be available in petrol and pure-electric forms just like the current car, but that’s as far as the similarities go.

While Volkswagen builds one basic structure and then designs different bodies to sit on top, BMW is developing one body with two different platforms underneath. Petrol versions of the new MINI will continue to be built in Oxford, while the electric models will be built in China thanks to an agreement between BMW and Great Wall Motors - makers of the Ora Cat.

Both petrol and electric cars will have the same retro-styled body, they’ll just have different structures underneath and be built in two different factories thousands of miles away.

The new MINI will come in two flavours – Cooper E and Cooper SE. The former will have a 40kWh battery giving around 190 miles of range and power will come from a 182bhp electric motor – a small useful 50-ish-mile gain in range compared to the current MINI Electric’s 145-mile range from a 32.6kWh battery and same 182bhp motor.

The Cooper SE, meanwhile, will be the more sporting model thanks to its 222bhp electric motor and also the one with the biggest range. This SE will get a 50kWh battery and 250-odd-mile range, while both will be able to be charged up to 80kW just like the cutesy Ora Cat.

We had a passenger ride at an ice circuit in Arjeplog, Sweden, and while we can’t tell you what it’s like to drive, a few things were obvious. The new MINI’s electric motors are far more responsive than the current car’s, adding an extra sporting character to what is already a dynamic feeling car.

More than that, BMW has also worked hard on making the batteries (and therefore centre of gravity) sit lower in the car than before, thereby improving the handling.

The car is also quieter than before and the ride is smoother – the current model has a tendency to bounce around on typical British roads.

From just a small taste, it’s clear the next MINI Electric will be both sportier and more refined – a tough thing to pull off.

Our car was covered in thick camouflage in order not to give too much away before the official reveal in 18 months time, however there are a few things we can tell you about. The wheel track is a bit wider than before in order to boost the handling, and in contrast to all previous MINIs, the new one will be a bit shorter than the model it replaces.

The overhangs of the bodywork fore and aft of the wheels are shorter too giving a far more proportioned and elegant look – a good move in our eyes as the current car can look a bit bloated from some angles.

Don’t read too much into the ‘googley’ eyes of the camouflage as they were stuck on on this prototype, but whatever look BMW goes for they will be circular like all previous MINIs. There will also be the familiar MINI gaping grille and floating roof, but the Union Jack rear lights and rounded rear shape are expected to make way for controversial triangle shapes.

We can’t say too much about the interior as that was even more covered up, but there will be and even larger version of the traditional circular infotainment screen and a focus on plush-feeling plastics and retro detailing.

Will it be enough to continue the MINI's epic electric sucess? We think so, especially since it will be joined by other MINI electric models which will widen its appeal.