“Us Brits love our drop tops, despite the iffy weather. It would be a great shame if the convertible was killed off by the move to electric, so it's good to see MINI is keeping the flag flying.”

“I love the idea that some engineers made this car out of parts lying around to prove the concept of an electric convertible could work. Lets hope the production car is just as good to drive.” 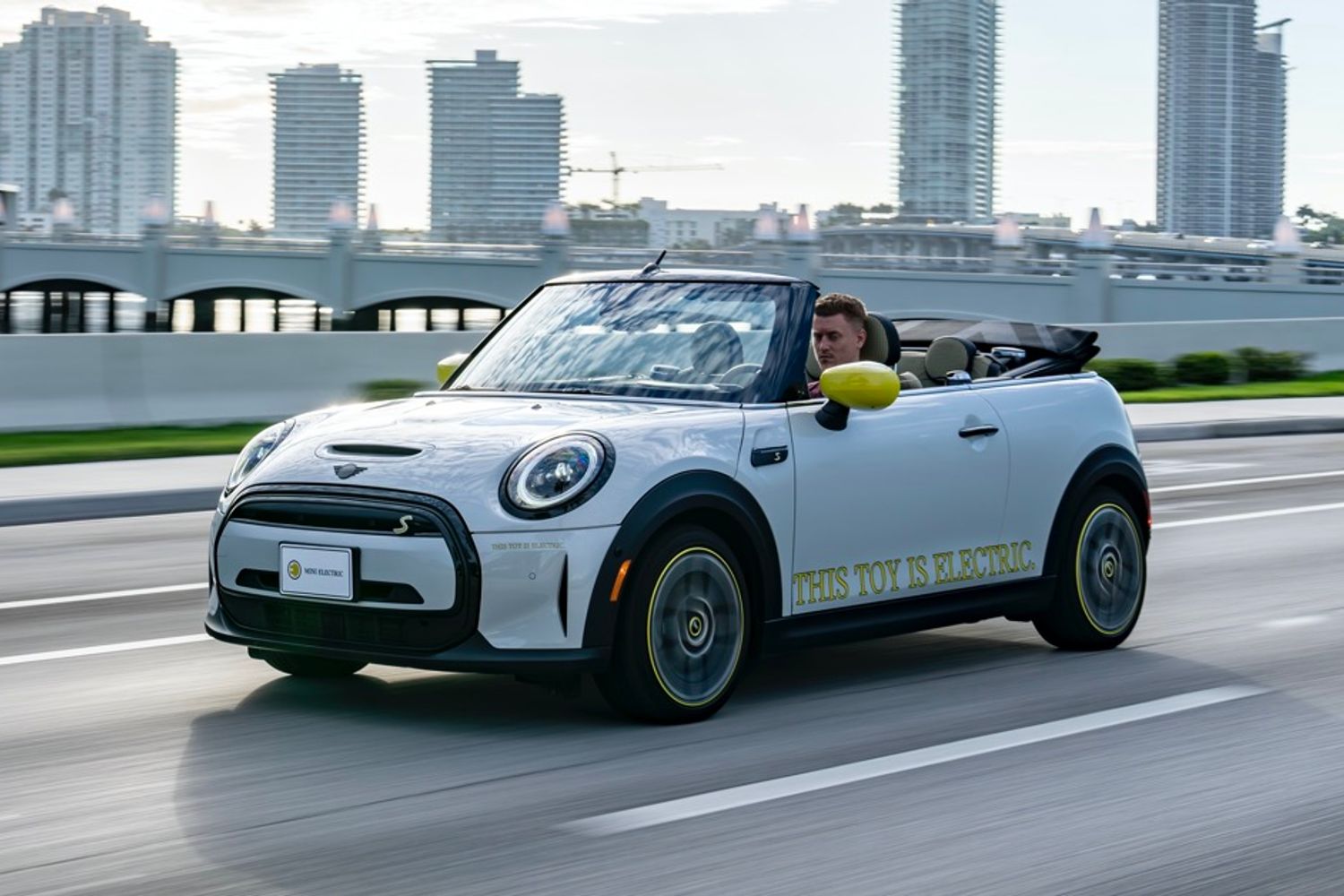 The weather forecast is essential viewing for convertible drivers. But when open-air enthusiast drivers look a little further into the future, the outlook is decidedly bleak. Because open cars are obviously falling by the wayside as the car industry transforms to electric. More and more convertibles and roadsters are being sacrificed to cost pressure, the reduction of complexity and safety concerns. In the new world, the drop tops have somehow been forgotten.

Although Tesla has suggested a roadster will, one day, appear, the flood of new electric cars has so far been decidedly closed up and you have to be grateful for a sunroof. Only the Fiat 500 and the (now dead) Smart Fortwo let in a bit more air, although strictly speaking the Fiat only has a large roll back roof rather than a proper drop top.

But there is hope. Because MINI has now presented a convertible version of the electric three-door as a ‘concept’. The largely handmade four-seater is only the ‘toy car’ of a few rogue thinkers within the MINI - hence the daft graphics down the side of the prototype - and remains a one off. But it was developed with the blessing of former MINI boss Bernd Körber and the feasibility study has the promise of a bright future.

And anyone who has ever been behind the wheel understands why. Of course, at least with the sporty MINI derivatives, the engine sound is part of the sensual experience of the sun worshippers. But first, not every convertible is a Cooper S or even a John Cooper Works. And secondly, sometimes the peace and quiet has its charm. And a clear conscience is also as desirable as clear skies.

When driving in the city you get much more from the hustle and bustle on the boulevards, hear the laughter of the guests in the street cafés and the rattling of the dishes. You feel right in the middle of it all. And out in the countryside you suddenly feel at one with nature, hearing the sound of the wind in the leaves just as clearly as the chirping of the birds in the trees. Even a freshly mown meadow or a damp morning in the forest suddenly smells much more intense. It's like cycling through the countryside, only that it is much faster in the MINI and not so exhausting.

It might be fast compared to cycling, but this MINI isn’t a supercar. It feels perky enough and has the expected ‘go-kart’ handling, but the performance is merely impressive rather than shocking. The modest battery capacity and range mean you don’t feel too inclined to race around, either. Like the familiar hatchback MINI Electric, this convertible has a comparatively tiny 33.5kWh pack and an official range of around 140 miles.

However, the convertible does surprise with a degree of maturity that one would hardly have expected from a hand-built one off. Nothing wobbles and creaks even on the roughest roads and if anything it seems stiffer than the petrol model.

So what’s the point of this car? The current MINI Electric is just a year from the end of production, so there is no point cutting it open on the production line. Rather, this car is a promise that it will not forget the convertible when the new generation arrives. That new model also promises a bigger range and more than enough power to ruffle your hair.

At least for MINI customers, this unique car promises a bright summer forecast.