“There's huge demand for compact electric vans like this and the new Kangoo E-Tech looks to be a great package. I'm glad Renault has finally given it a decently sized battery and increased the power output to match those of its rivals. It's shame the clever 'open Sesame' doors won't make it to the UK, though.”

“It might look like a French Bulldog from the front, but this is far from being a dog of a van. The improved spec is welcome and the rapid charge speed of 80kW still feels a bit low, it's clearly a far more usable machine than its predecessor. If your average daily mileage is under 140 miles, I can see owners saving a small fortune. ”

What is the Renault Kangoo E-Tech?

The Renault Kangoo E-Tech is a multipurpose commercial light van, sold as both an industrial vehicle and as a passenger alternative. Since December 2019, the outgoing Kangoo Z.E has been Europe’s best-selling all-electric light commercial vehicle.

How big is the Renault Kangoo E-Tech’s battery, and how far will it go?

The Renault Kangoo E-Tech’s 45kWh battery will allow it to travel up to 186 miles between charges, but this will invariably be affected by the amount of cargo onboard.

How many seats can I have in a Renault Kangoo E-Tech?

Traditionally, Renault has always offered the Kangoo range as either a commercial vehicle with two seats and storage space making up the remainder of the van, or as a five seat passenger minivan alternative. While only the commercial option has been announced at the time of writing, the Kangoo E-Tech should spawn a passenger-oriented substitute soon.

When will the Renault Kangoo E-Tech launch, and how much will it cost?

Does a government grant still apply if I purchase a Renault Kangoo E-Tech?

Yes! According to the refreshed Electric Car Grant offered by the Government, small vans that weigh below 2,500kg and can travel a distance of 60 miles without emitting any emissions are eligible for a discount of up to £2,500. The Kangoo E-Tech satisfies these criteria, so you can happily make use of the savings. 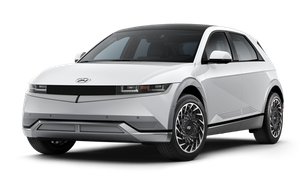