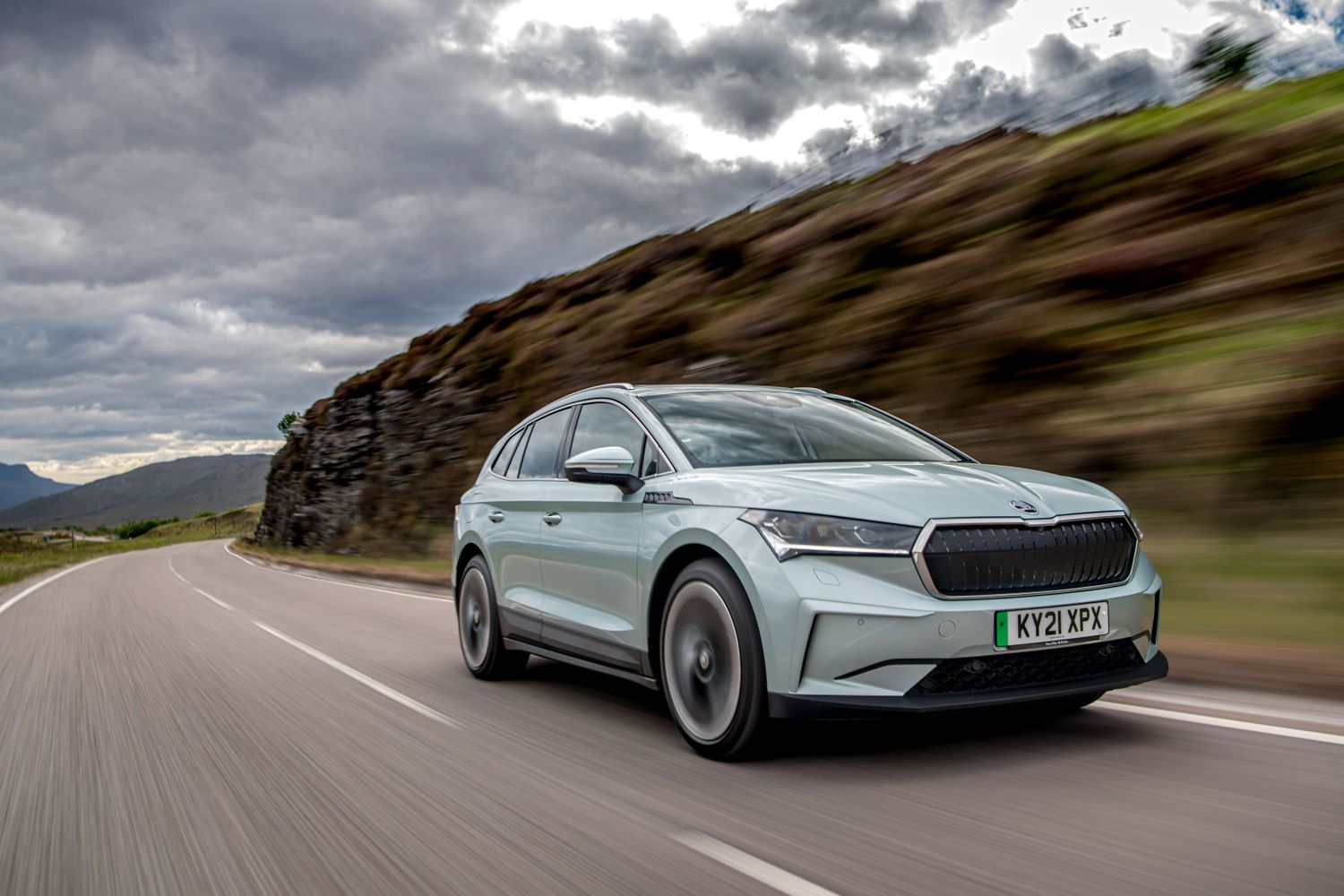 The Enyaq comes with two battery pack options; 58kWh and 77kWh and ranges of 256 and 333 miles. On the downside, you'll need to pay extra to unlock ultra-fast charging

The smaller 58kWh pack has a WLTP range of 256 miles while the 77kWh comes with the promise of 333 miles on the WLTP cycle. 58kWh models have a 178bhp motor that drives the rear wheels, plus a generous amount of pulling power that makes it feel faster than those figures suggest. Models fitted with the 77kWh pack benefit from a beefier 201bhp motor and rear-wheel drive.

Interestingly (or not as the case may be) Skoda points out that the Enyaq marks the return to the classic rear-engine, rear-wheel drive layout that distinguished its less than fashionable Eastern bloc offerings of the 1970s and 80s. Thankfully, this is all it has in common with its pre-Volkswagen era predecessors.

The structure of the Enyaq’s battery is pretty clever. During development by Volkswagen it became known as the chocolate bar thanks to its layers that look a little like a KitKat. Unlike chocolate though, it helps keep the weight low and it’s more compact than other electric car batteries too. Skoda also claims that the structure and chemistry will mean it doesn’t degrade as quickly as other batteries. As a result, the brand guarantees it for eight years and say it should last the lifetime of the car. This isn’t necessarily true for other EVs, as the cells degrade over time and mileage.

As standard, both models can only charge at a maximum rate of 50kW – which comes as something of a frustration. If you want to unlock faster charging capability, you’ll need to hit the options list and shell out an additional £440 for quicker rapid charging. That means a higher speed of 100kW DC for the 58kWh model and 125kW DC for the larger 77kWh. Given that you can order a Hyundai Ioniq 5 with 140kW DC charging as standard, the Enyaq’s 50kW charger seems outdated already.

If you do spec the faster charging, the news is pretty good, though. The 77kW can add 80% of charge in 38 minutes on a 150kW charger, which translates to around 200 miles in terms of range.