The eighth generation of Vauxhall Astra is more striking than ever both inside and out, but does its appeal go further than skin deep?

“The new Astra looks great and the low tax of the PHEV will boost its appeal with company car drivers. But it's the full electric model which will really pique my interest.”

“The Astra seems to do everything well and the figures stack up, but there's nothing revolutionary about this car at all - expect those funky looks. ” 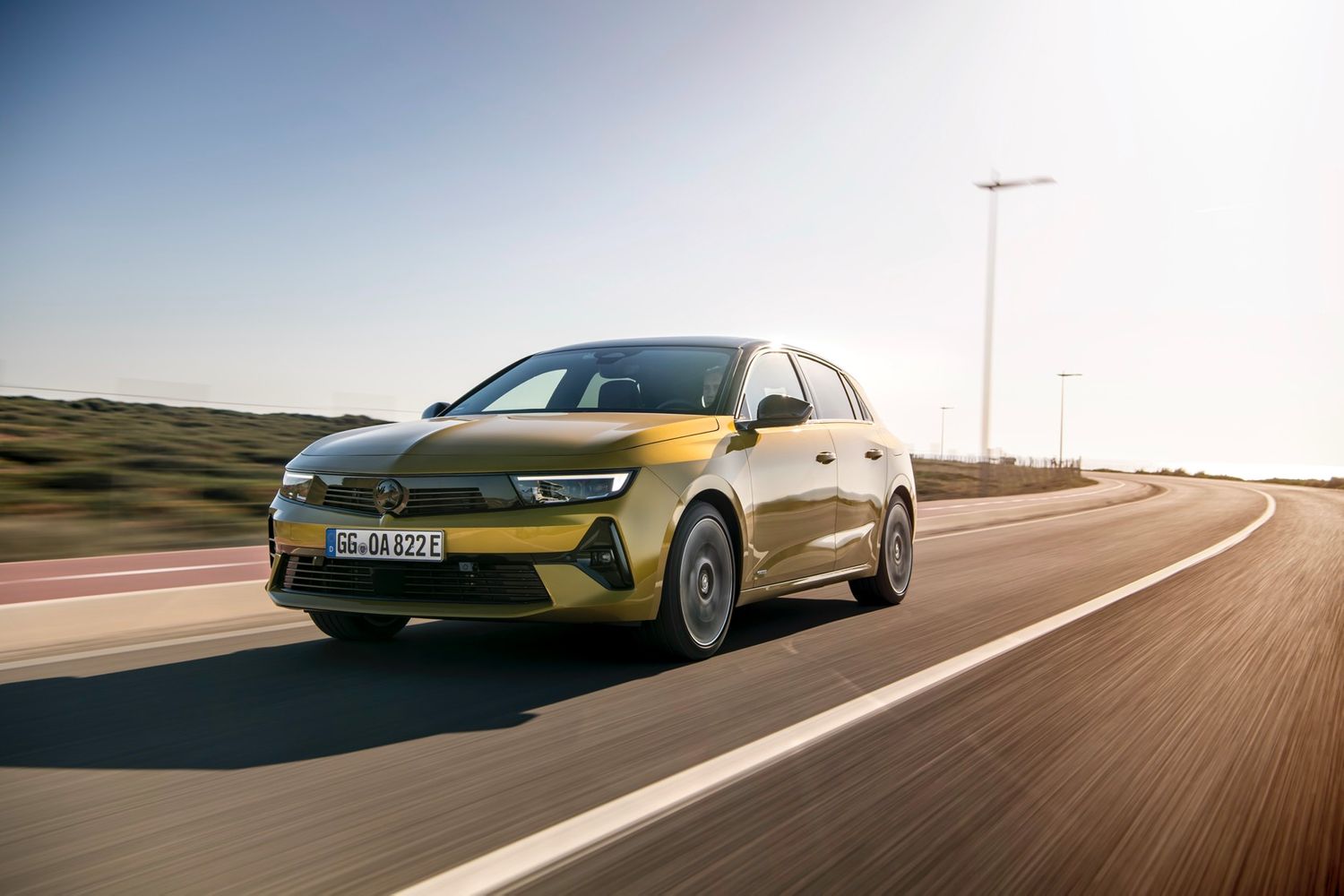 Forty-two years, eight generations and more than three-million sales, it’s hard not to be impressed by the Vauxhall Astra. No stranger to the UK best-seller charts throughout its history, the Astra is a familiar badge from a familiar firm that only a fool would bet against this new Astra continuing that success.

Except that, this Astra isn’t familiar. An all-new look borrowing styling cues from the smaller Mokka have given this Astra arguably one of the sharpest and smartest designs it’s had for years. A clean-front end with the new Vauxhall Vizor front grille and hockey-stick LED lights together with the black roof, black badging and slim rear lights give this new Astra a much more purposeful look than before. We especially like the side strakes on the C-pillar behind the rear door which echo those on the original Astra Mk1.

The good news goes further too. This new Astra is packed with technology, but crucially it also gets two plug-in hybrids followed by a fully-electric Astra-e model in 2023 – the same as its Stellantis sister car, the Peugeot 308. As with the Corsa and Mokka, Vauxhall wants an everyman appeal to its range, with the same bodystyle whether or not you have a conventional petrol or diesel engine, plug-in hybrid or electric power.

From launch, the only plug-in hybrid choice for the new Astra echoes that of the 308, with a 180bhp 1.6-litre petrol engine combined with a 12.4kWh battery. A 225bhp version, again like the Peugeot, will arrive later in 2022 with both powerplants available in both the five-door hatchback and the forthcoming Sports Tourer estate. In the meantime though, the 180bhp PHEV model is capable of the 0 to 60mph sprint in 7.9 seconds with a 140mph top speed.

Not that the 180bhp PHEV is much of a short-straw mind you. A 43-mile all-electric range and emissions from just 24g/km make it a tempting proposition – especially for coming car drivers who account for half of Astra buyers and who will benefit from a super low 7 per cent Benefit-in Kind tax rate for the Astra for FY21/22.

Rather oddly, Vauxhall actually quotes two electric-only mileages for the Astra PHEV – 43 and 37 miles. While that 43 mile range is used for taxation purposes, the reality is that 37 miles is actually closer to what most Astra drivers will expect in the real world.

Like many PHEVs, the Astra plug-in hybrid has an E-Save mode to retain a level of charge in the battery for use in urban areas. Slightly unusually though, this has three settings enabling the driver to determine the level of that charge, from maximum to 12 miles or down to six miles.

Talking of charging, the 180bhp Astra gets a 3.7kW on-board charger as standard, with a 7.4kW charger available as an option, giving the opportunity for a full charge in less than two hours. Pre-scheduled charging and cabin pre-conditioning are both also available via an app.

On the road refinement levels are good with a decent ride quality – even on 18in wheels and on fairly rough roads - and there’s little wind or road noise.

The Astra offers three driving modes – Sport, Hybrid and Electric – with Sport improving the response of the pedals, steering and gear changes via the steering wheel paddles. Sport mode also changes the colour of the digital dashboard to red.

While those changes are noticeable on the move it can’t entirely mask the fact that the Astra just isn’t all that fun or involving to drive. Yes, it’s responsive enough to be hustled down a twisty B road, but it’s not what you’d call exciting.

The other problem, of course, is that there’s a direct comparison available with the Peugeot which definitely does feel more involving for a keen driver. Hopefully the more powerful 225bhp PHEV version will provide a more sporting drive.

That said, for the rest of your driving time, the Astra is perfectly inoffensive. When in hybrid or electric modes, the digital speed reading switches from white to blue which sounds slightly gimmicky, but is actually an easy way to quickly tell if you’re running on electric or not. Also, even when the battery charge level is low, a small handy arrow on the Charge/ Eco/ Power meter shows at which point the engine will fire up.

The only adaption available for the regenerative braking is to press the B mode button which gives a firmer level of braking without being too harsh.

As with the outside styling, there’s no question that the interior is where any past Astra owners might have something of a shock. The interior is dominated by two 10-inch screens in front of the driver and centrally on the dashboard with classy gloss-black trim running down the transmission tunnel.Two large cupholders, a handy hidden storage pocket for glasses and two USB C charging points (there’s a third point for those in the rear) finish off what is a very impressive interior.

There is also wireless phone charging and also the ability to wirelessly connect your phone via Apple Carplay or Android Auto.

Some of the frequently used controls such as heating and ventilation and the heated seats have real buttons under that central screen, but generally it works well and the touchscreen can be swiped like a smartphone or tablet.

In more practical terms, rear seat space for head and legroom is just about ok for adults, although space for your feet is a little tight if the front seats are in their lowest position. Boot space is depleted for the PHEV version compared to the petrol or diesel models by 70 litres in the hatchback, although the Sports Tourer still has an impressive 548 litre boot with the seats up and 1574 litres with them lowered.

Taken individually, there’s no question that this new Vauxhall Astra is a noticeable step up from what went before. The design, both inside and out, is leagues ahead of its predecessor and that Astra – and Vauxhall’s – popularity with the British car-buying public, will undoubtedly see it prove to be a success.

Furthermore, like the smaller Corsa and Mokka, Vauxhall has to be applauded for encouraging electrified motoring among non-enthusiasts offering the same car for petrol and diesel models as well as plug-in hybrids and, eventually, full electric power with the forthcoming Astra-e.

After eight generations, there’s little question that this latest Vauxhall Astra is the best yet with good looks, the latest technology and a decent, if not outstanding, driving experience. And when the Astra-e arrives in 2023, that appeal will only be widened still further.

FAQs »
Own a Vauxhall Astra Hybrid-e or looking to buy? Tell us about your experience