VW is getting serious with the e-UP! and this new model has a bigger range, better performance and smaller price tag. 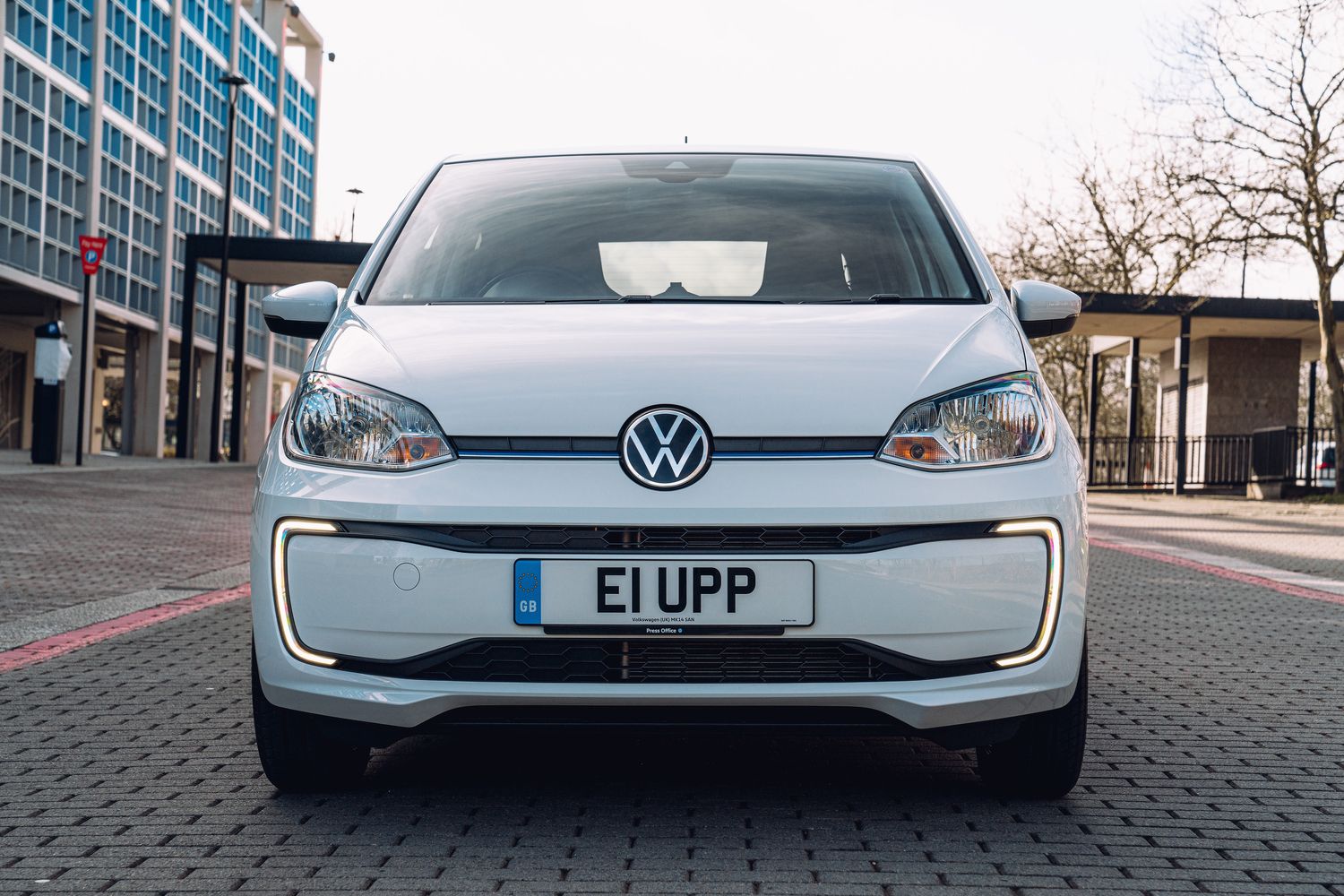 Though Volkswagen might be diving headfirst into its dedicated range of ‘ID’-badged electric cars – with models such as the ID.3 hatch and ID.4 SUV – it’s important to remember that these weren’t actually the German manufacturer’s first EVs.

In fact, electric Volkswagens came much earlier than that, with the e-Up! being the model to kickstart this electric offensive when it first arrived all the way back in 2013, just a few years after the city car first arrived with petrol power. In fact, it was one of the earlier EVs to reach showrooms.

Launching with a small battery that would struggle to complete more than 80 miles on a single charge, Volkswagen gave it a noticeable rejig in 2020 – fitting a battery almost double the size of the original that would take the claimed range up to 159 miles. With this updated model arriving at a similar time as the mechanically-similar Seat Mii Electric and Skoda Citigo-e iV, they all proved to be compelling small EVs. Here’s what you need to know about buying a Volkswagen e-Up!.

Out of the original Seat, Skoda and Volkswagen trio, the Volkswagen is the only one that actually remains on sale. With a starting price of £20,555, it remains one of the most affordable new EVs on the market – just priced slightly higher than the entry-level Fiat 500 electric, but undercutting models like the Honda e and Mini Electric by some margin.

Standard equipment is also generous, including a heated windscreen, cruise control, dual-zone climate control and a reversing camera. The range of optional extras is also minimal, with buyers really only having the choice of colours and a ‘sharkin’ dashboard, which brings a textured dashboard finish, ambient interior lighting and unique e-up! door sill protectors.

Despite being around since 2013, used e-Up! prices remain firm though. Even an early car with 20,000 miles (these Volkswagens typically have ultra-low mileages) is still worth almost £10,000. Meanwhile if you want the more desirable 2020 car that features a significantly longer range, you’ll still be looking at spending around £19,000, which is only a small saving on what you’d pay for a new model.

Like its sibling models from Seat and Skoda, telling an e-Up! apart from a regular petrol-powered model isn’t immediately obvious. There are a few prominent details you can look out for, though, and most notable are the C-shaped daytime running lights, which are wrapped around the black strip that sits below the main headlights. This detail is only really noticeable when the car’s running though, as otherwise it just looks like a standard Up!. That same C-shaped signature is also mirrored at the back of the car with the e-Up!’s reflectors – something you don’t get at all with the petrol car.

Other things you can look out for are the e-Up!’s 15-inch ‘Tezzle’ alloy wheels, which are unique to the model. If we’re being harsh, they look more like plastic covers for steel wheels than alloys, but are designed like that to maximise aerodynamics. There are a few discreet blue accents, too, that you won’t find with the standard Up!.

Inside, it’s even more business as usual, with the same simplistic and familiar layout that’s been seen on this city car for some years, with only slightly different dials designed with electrification in mind being some of the few changes.

Though Volkswagen has made a few tweaks to the e-Up! over the years, it does lag behind rivals when it comes to technology. There’s no touchscreen (rather just a clip you can connect your smartphone to), as well as minimal driver assistance technology compared to rivals. Of course, the flip side of that is that the e-Up!’s price undercuts many of its rivals, such as the Mini Electric and Honda e.

There is, however, a dedicated ‘Maps&More’ smartphone app that’s available, which can offer satellite navigation and various infotainment systems. With this app, it also grants various ‘remote’ services – such as the ability to cool or heat the car using purely your phone, so that it’s at the correct temperature by the time you get to it. This feature will certainly come in useful on an especially hot or cold day.

When it comes to powertrains, there are two available depending on when the cars were made. Each features the same electric motor, which produces 81bhp and 210Nm of torque, but the main difference is the size of the battery. On cars registered up to 2019, they feature a small 18.7kWh battery, which limits the e-Up!’s range to just 83 miles. It means it’s only really suitable for short trips. For the 2020 car, Volkswagen introduced a far larger 32.3kWh battery, which nearly doubled this EV’s range to 159 miles.

Both cars deliver similar performance, though, with 0-60mph taking around 12 seconds, while having a top speed of 81mph.

With one of the longest ranges of any electric city car – with the exception of the top Fiat 500 electric’s large 40kWh battery – the 2020 onwards e-Up! is certainly an efficient option.

Volkswagen also offers additional levels of regenerative braking – which can help to recoup lost energy to then add extra charge to the battery – and extend the e-Up!’s electric range further. In its most extreme setting, it almost offers ‘one pedal driving’, meaning you can use the accelerator to both speed up and slow the car due to this regenerative function.

Due to the Volkswagen e-Up! – as well as the Seat Mii Electric and Skoda Citigo-e iV – being sold in quite small numbers, there isn’t extensive coverage of any known faults with the car.

However, it seems to have proven a reliable choice for many owners, and with fewer pieces of technology to go wrong than with rivals, there should be fewer headaches as the car gets older.

On top of Volkswagen’s three-year, 60,000-mile warranty, the batteries are also covered for eight years and 100,000 miles.

Despite being one of the most affordable EVs, the e-Up! is still equipped with 40kW rapid charging capability as standard. On models fitted with the smaller battery, it means it can be topped to 80 per cent in just 30 minutes. That time increases to an hour for newer versions fitted with the larger battery.

As for charging at home or a public fast charger (with an output of 7kW), you can expect a full charge in between four and six hours. You also could just about get away by charging with a traditional three-pin plug, which takes just 8 hours on smaller-battery models, or 16 hours on newer cars.

Both a three-pin plug plug and Type 2 cable for public charging are also both included, with a big box beneath the boot floor able to keep these cables out of the way.

Volkswagen’s first electric car is a great showcase as to how far EVs have come. Beginning with earlier cars that delivered a somewhat flawed range, before the German firm managed to install a much larger battery on later cars – significantly increasing the number of miles between charges.

Though it might not be equipped with the same level of technology as far newer rivals, the e-Up! is still more than able to hold its own, with generous equipment levels, enjoyable driving experience and attractive pricing.