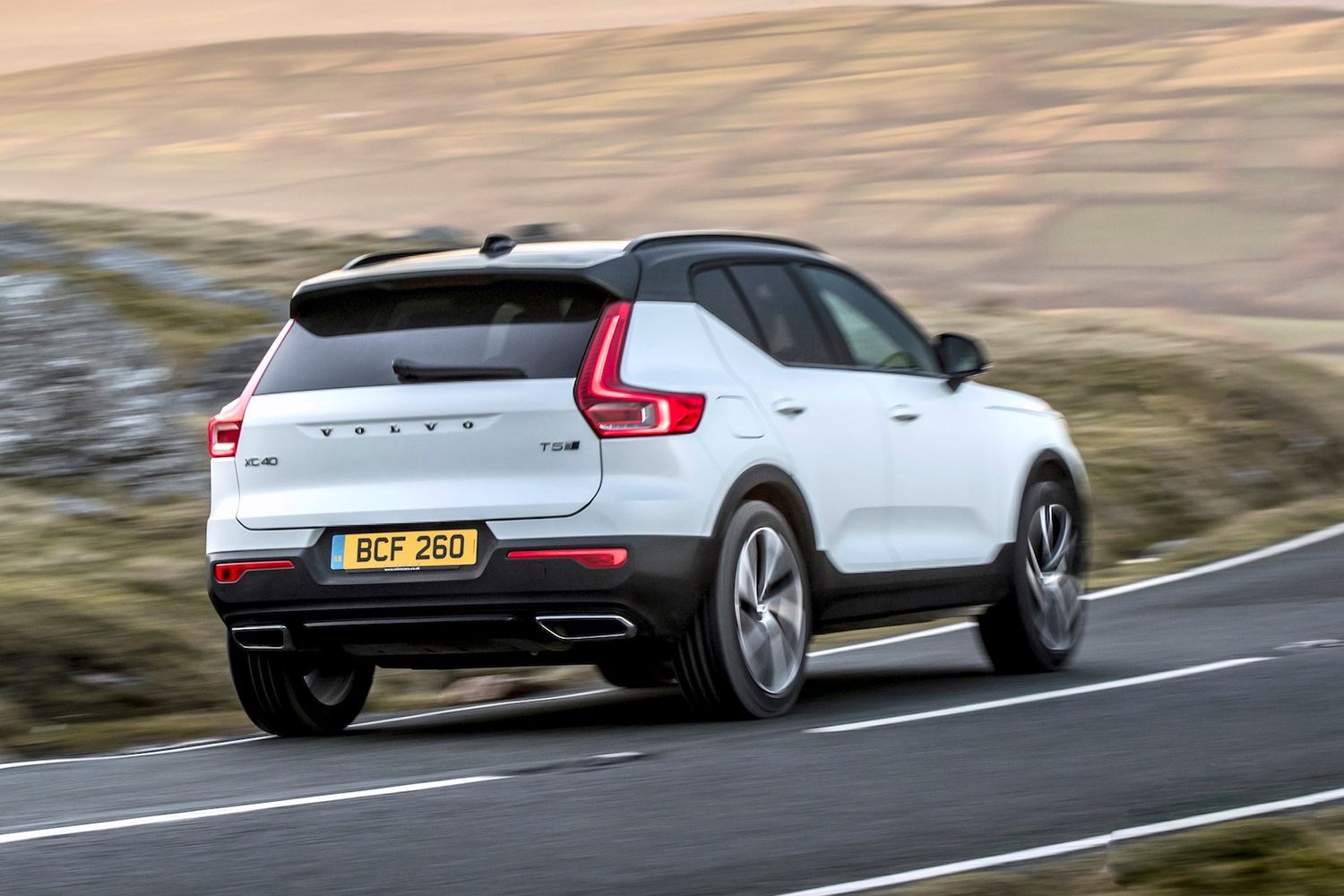 Despite having a juicy-sounding 258bhp in the T5 version, the XC40 isn’t a sporty SUV to drive. It’s more of a comfortable cruiser.

Being a plug-in hybrid, the XC40 gets two power sources – a 1.5-litre three-cylinder turbocharged petrol engine developing 178bhp and an 80bhp electric motor that’s powered by a 10.7kWh battery. In total there’s 258bhp making the T5 Recharge Plug-In Hybrid more powerful than all other petrol and diesel powered XC40s, and it’s only beaten by its 400bhp all-electric brother. Power is sent to the front wheels only – there’s no four-wheel drive option – through a seven-speed automatic gearbox and it’s a surprisingly quick car. The 0-62mph sprint takes just over seven seconds and the tiny petrol engine and electric motor combo work very well together – especially in ‘Power’ mode. Even in ‘Pure’ electric mode, the XC40 is no slouch but with the car weighing a hefty 1,800kgs, the petrol engine will kick in to help out if you come across a hill . It’s a smooth transition, though.

Even with a combined 258bhp the XC40 is no sports SUV. Even in ‘Power’ mode it’s clear the XC40 doesn’t really like to be driven with a lot of enthusiasm as the body leans in fast corners and the steering feels a little imprecise. You’ll probably only do that once and then realise the XC40 is all about a relaxing driving experience. The ride is very smooth (it gets a bit harder if you go for the R-Design Pro thanks to its 20-inch wheels) and the whole car just glides along very comfortably. The three-cylinder petrol engine does make a bit of a noise but it’s not a problem, and in pure electric mode the electric motor whines – it’s a bit odd at first but fine after a while. The only thing that annoys is the brake pedal that feels a little odd if you’re used to driving a petrol or a diesel car, and will take some getting used to. But overall the XC40 excels on the road.