Want a diesel PHEV? Then the E-Class is the only one on sale. There’s a petrol version too, and both are posh, plush and pretty impressive.

“A diesel hybrid seems like a weird combination but it actually makes a lot of sense for drivers who want the ultimate economy. But I'd choose the petrol just for the refinement and future-proofing. I'd have the estate too, for better resale values and practicality.”

“In reality, this car is all about the tax for company car drivers. It's super efficient if you remember to plug it in, but the benefit-in-kind is 11%. That's better than many cars, but there are other PHEVs which will be even cheaper.”

The E-Class Hybrid has been around for a long time in various forms, so there’s plenty of choice.

As the E300de is based so heavily on a normal E220d but with potentially cheaper running costs, you’d think it would command a premium over a used E220d just like it does when you buy brand new. However, it doesn’t as that £9,000 premium for the plug-in hybrid E300de levels out after a year. Therefore an E220d with 5,000 miles on the clock is roughly the same price as an E300de with similar mileage. That shows the level of depreciation the E-Class Hybrid models suffer from.

For less cash you can look at even older E-Class plug-in hybrids. The E300e’s predecessor, the E350e, was launched in 2017 and it also used a 2.0-litre petrol engine but with a smaller 87bhp electric motor and 6.5kWh battery pack. That gave it around 20 miles of pure electric range and CO2 figures of 49g/km. For some people that will be enough electric range, and with used prices kicking off at around the £20,000 mark, it’s usefully cheaper than a 2019 E300e.

If that’s still too much money to spend on an ultra-frugal Merc then you could look to the E300 CDI BlueTEC from 2013. This is the older shape E-Class and uses a 2.1-litre diesel engine and a 27bhp electric motor, and it looks pretty tempting with prices from £7,000. Be aware though, this isn’t a plug-in hybrid like its successors but a traditional hybrid. Consequently, you don’t plug it in which means not only do you pay more to tax it, but the electric driving capability only kicks in at low speeds and when cruising up to traffic lights. It’s almost the equivalent of a modern-day ‘mild’ hybrid which shows the pace of development in the electric car world. 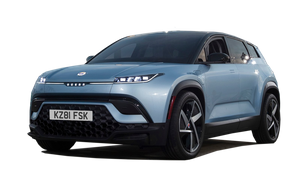