The best – and fastest – models in the new 208 range are powered by electricity, not petrol or diesel. And what's more it costs just £3.50 to fill it up with 200 miles of driving range.

Don't forget to watch our full video review as Nicki pits the Vauxhall Corsa-e against the Peugeot e-208.

“How clever of Peugeot to simply make three versions of the latest 208, petrol, diesel and electric. The great looking e208 may not have the longest range, but you can top it up with 100 miles in just 20 minutes on a rapid charger.”

“I’ve always had a soft spot for Peugeot’s small hatchbacks and I think e208 looks great, both inside and out. This is a great car for nipping around town in, it’s easy to park and very practical. Although I wish it had somewhere to store the charging cables.” 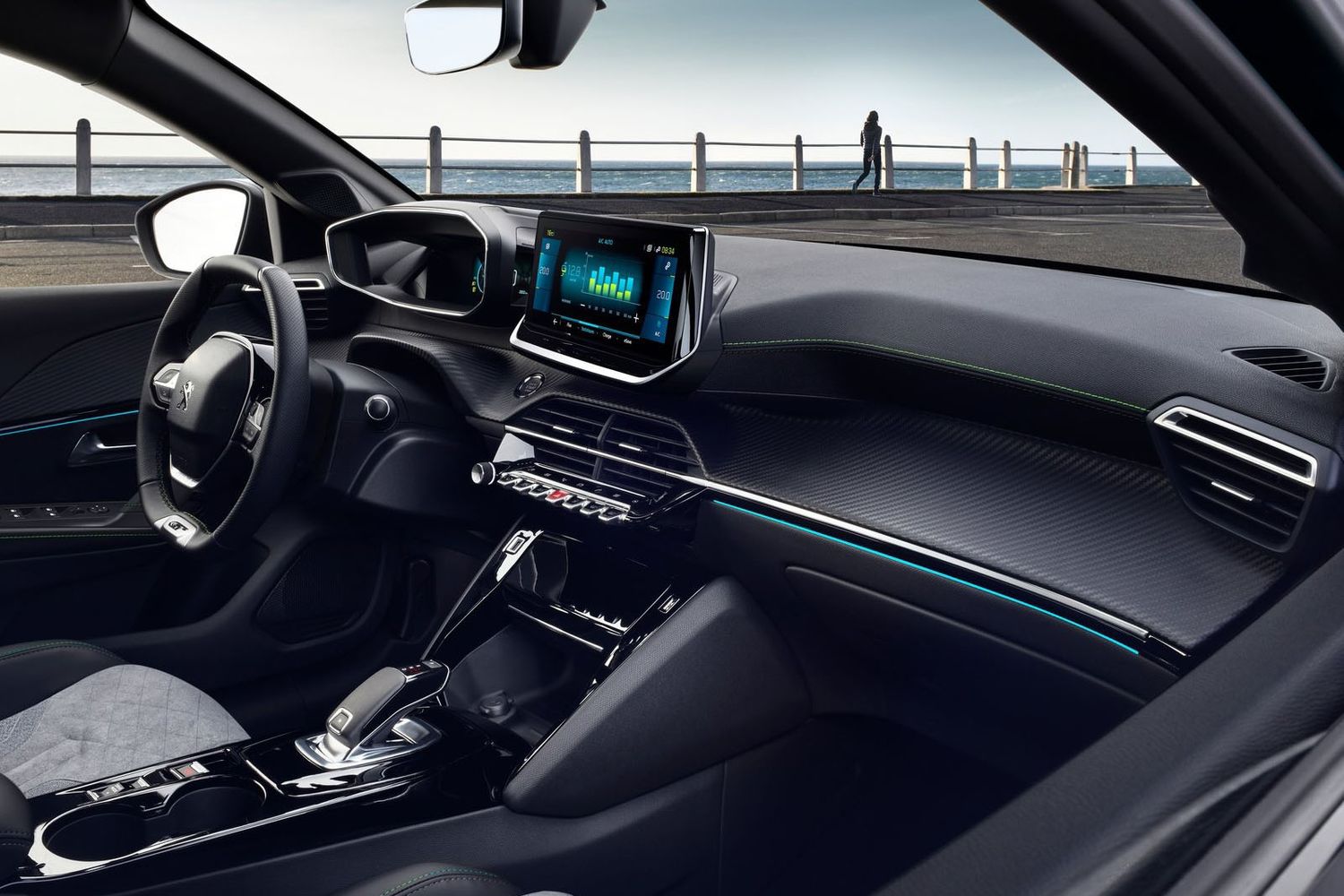 There won’t be many Peugeot e208s on the used market for a few months, but expect supplies to free up as dealer demonstrators start to be replaced.

When it comes to engines, Peugeot has a philosophy that customers should be able to pick a car in its line-up and decide whether to have a traditional combustion engine or an electric option. The 208 falls into this category, and has therefore had an electric option since 2019.

It gets the same fantastic design as the regular model with the same high quality interior. What’s more impressive is that despite its diminutive size, it has a range in excess of 200 miles, considerably more than many similarly sized rivals.

Despite keen interest from buyers, early models have fallen in price quite quickly, so they’re now approaching £20,000, making them very good value for money.

Given the demand for electric vehicles is somewhat outstripping supply at the moment, it’s perhaps surprising to see that the Peugeot e-208 and many of its electric hatchback rivals have lost value a fraction more quickly than some larger EVs.

As a result the e-208 is now approaching £20,000 for the earliest models, making these great value for money as they’re still using current-generation technology. They’re slightly more expensive than an equivalent Vauxhall Corsa-e, but have more upmarket feel.

Being smaller, these cars are less appealing to fleet buyers, so even the earliest e-208s on sale tend to have around 5,000 - 10,000 miles on them. That’s a two-year-old car with less miles than the average driver travels in a year, so you know there’s a great chance they’re in nearly new condition.

Electric models are more pricey when new than equivalent petrol and diesel versions so tend to come with a high specification to compensate. However, Peugeot’s attitude towards choice means it has the same trim levels as combustion-engined cars.

Again, as part of Peugeot’s plan to simply make an electric powertrain just another choice you make when buying a car, there’s little to distinguish the e-208 from the rest of the range.

The keen-eyed among you might spot the subtle ‘e-208’ badging, while the front grille has a chequered pattern in the same colour as the bodywork. The lion badge also looks like different colours depending on which angle it’s viewed from.

If you want to get really specific, Active models get 16-inch steel wheels on the e-208 while petrol and diesel versions in this trim get alloy wheels.

Similarities with the regular model are no bad thing, though, as the 208 is a good-looking car. The exterior bodywork has sharp creases that give it an aggressive appearance, while the claw-like headlight pattern really makes it stand out at night.

The Peugeot e-208 uses a single electric motor that makes 134bhp and 260Nm of torque. Those aren’t earth shattering numbers but in a small car they’re punchy, and when coupled with the fact that because of the way an electric motor works it can deliver all that performance from a standstill, makes it feel more urgent and punchier than the numbers suggest.

Evidence of that fact is the 8.1-second 0-60mph time, which is more than admirable for a car in this class. It’s let down slightly by its top speed, but that’s typical of electric vehicles, and at 93mph it’s still faster than you can (legally) travel in the UK anyway!

When out on the road you can feel that focus on acceleration. Hit the accelerator and the car zips forward with a whir from the motors, but that immediate urgency quickly wanes to a steady surge. It’s more than capable of getting up to motorway speeds though, so there are no concerns when heading down a slipway.

The Peugeot 208 has a decent safety rating, scoring four out of five stars in Euro NCAP testing. It’s adult and child occupant safety scores were high at 91 and 86 per cent respectively, but it was marked down in particular for its protection of vulnerable road users in the event of an incident.

When it comes to the range of an electric vehicle, there are many factors at play. Much like driving quickly will tank the fuel economy of a petrol car, it will similarly limit how many miles you get from your electric vehicle.

Looking at official tests, the e-208 uses around 159 - 176 Wh per kilometre, which is bang on with rivals, meaning it doesn’t use any more or less fuel than competitors in normal driving.

Looking through owners’ forums shows that in optimal conditions, a range of around 200 miles is achievable, but it requires a steady right foot and the majority of trips to be in urban areas.

Cold weather has a big impact on a vehicle’s range, and owners have reported getting as little as 130 miles from a battery when the temperature drops close to zero degrees.

With this model being at most two years old, it’s difficult to get a gauge on whether there are any major recurring problems cropping up. However, it’s worth noting that in reliability surveys, Peugeot doesn’t have the greatest reputation. Fortunately, electric powertrains have fewer moving parts and tend to be much more reliable as a result.

As such, it could be worth having a poke and prod inside to check the interior fit and finish has fared well under the previous ownership.

Searching through owner discussions throws up a few issues related to electrical gremlins, and curiously these tend to be isolated to hotter European countries such as Spain. However, these issues seem to be fairly limited so shouldn’t be too much cause for concern.

Peugeot recommends charging from a home wallbox as much as possible, so comes with a Mode 3 Type 2 cable as standard. This allows you to charge from a 7kW wallbox, which should take about 7.5 hours.

The reason for this is that the slower charge puts less strain on the battery cells and prolongs the life of the battery.

However, the e-208 can take a charge of up to 100kW at a public rapid charger. Doing this will top the batteries up from 0-80% in around 30 minutes, while a 50kW charger will take just under an hour.

Peugeot has a slightly different strategy to many other car manufacturers as it’s offering electric versions of its petrol and diesel cars. These tend to be slightly compromised as they aren’t optimised for large batteries and electric motors, but this doesn’t appear to have been a problem for Peugeot.

The 208 might be a small car, but it has a big range, making it entirely viable for longer distance driving. It’s also fun to drive thanks to its nippy powertrain, while the high quality materials give it a decidedly upmarket interior feel.