What are the cheapest electric cars?

Electric cars might be clean and cheap to run, but they’re not generally cheap to buy. That hasn’t stopped people paying big money for Teslas, Audis and the odd big Mercedes, but there are cheaper options if you look. We cracked open the data files to see if cheap electric cars really exist and see if they offer good value.

Let’s start with a trio of electric cars that will be affordable once they finally arrive here.

The first is Citroen’s heroically ugly Ami electric city car, which looks like a pregnant Dalek without the sink plungers. This plastic urbanite has a 44 mile range and costs about £5,000 in Europe. It's not yet been confirmed for the UK, but the bosses at Citroen say that with a nudge and a wink so we think it's got the green light.

Another not-here-yet electric city vehicle is the Microlino, which is likely to sell for about £10k. This is a homage to the 1950s-launched BMW Isetta bubble car. Entry to the Microlino is through a single front door - as in, the whole front of the car. Top speed is 56mph and range about 77 miles, not far enough to get it from its Italian factory to Britain, but it will be fun to see it here when right hand drive versions are built.

Add around another £8,000 to the Microlino’s price and we come to the Dacia Spring, a proper five-door car about the size of a Hyundai i10. We reckon for non-motorway driving, this little car would make lot of sense. It has an eight year/100,000 mile battery warranty and a 140 miles range. We’d love to see it on British roads and again we've been told its likely to come here. 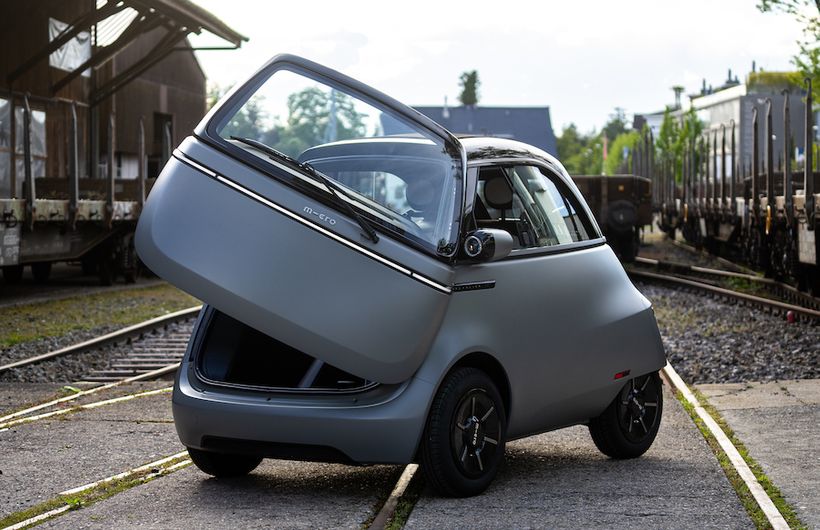 The Microlino - a door, a bubble. And adorable.

So, what about affordable electric cars you can buy right now? Dipping into our battery powered bargain bucket brings you back into eccentric city car territory and the Renault Twizy.​

This urbanite costs from a fiver shy of £11k, sounds like a dentist’s drill, rides like a roller skate has tandem seating, not much in the way of doors and no heater. It’s a bit of an acquired taste. For city zapping about it’s safer and more legal than an electric scooter, and will keep going for 56 miles - although in reality you’ll start twitching about range after 30.

Is it actually a car? The Government doesn’t think so, calling it a quadracycle, and thus making it ineligible for the £2,500 electric car grant. Ditto things like the tiny Biro, a hip, urbanite cousin of the golf cart.

For some, the Twizy is a masochist’s delight, and so too is the electric Smart EQ Fortwo, which retails from £18,150. This might be because there has been an electric Smart since 2007, and the originals sounded like tortured milk floats and were pretty unpalatable to drive, as well as having unreliable range.

The current one is a nicer prospect and makes for a very effective city car, being light, compact, quick off the mark and easy to charge. It has a real world range of 70-something miles. User friendly for two urbanites and a bag of groceries. Not much cop for a family of four and a labrador.

They’d probably struggle to squeeze into a Fiat 500e too, but since it’s a four seater, they could give it a go. With the government grant 500e prices start at just shy of £21k, for a 24kWh Action version with a claimed 115mile range. This is a fun, nicely detailed little car and still one of the most stylish baby hatchbacks around.

The 500e is great, but is quickly foiled by a set of steps

Shall we include the Vauxhall Corsa-e? We can hear you screaming; “but it’s not cheap! The entry level one is £27,120!” Well, gentle reader, that’s the official version, but we’ve seen dealers regularly knocking £5k from that, so how do you fancy an electric Corsa for £22k? What you’d get is a car that looks and drives in an ordinary way, has standard charging up to 100Kw and will keep going for 200 miles between top ups.

You can’t buy an MG5 estate for less than £25,095, including the government grant, so on paper it isn’t a cheap car either, but in the metal for money stakes the MG5 is a bargain. We think real world drivers, from mini cabbers to families, appreciate the kit (Bluetooth and reversing camera are standard) space and the seven year warranty. Range? Between 214-250 miles, the latter figure making it the best value per mile electric car you can buy.

Mazda’s oddball MX-30 electric sport utility costs from £26,045 with grant, which is only a bit more expensive than the MG, but has cloudier affordability credentials. For a start is only has a 124 mile range, thanks to smaller batteries. You get re-cycled cork lined centre consoles, and odd, tiny back-to-front rear side doors and their associated blind spots. Until the juice runs out it’s nice enough to drive.

The Volkswagen ID.3 might not appear to hail from the bargain basement, costing from £27,120. This is hardly people’s car money for a car VW hopes will repeat the sales success of the Golf and Beetle. However, there are plenty of pre-registered ID.3s sitting on dealer forecourts. New in all but name, they’re up to three grand cheaper.

Battery various have been around since 2014, but VW kept quiet about them. It’s hardly banging on about the current version, even though in 2020 its battery capacity pretty much doubled, so now it goes better (for 162 miles), and at a pre-grant £21,005, costs less than before.

The Up! is essentially the same car as the Skoda Citigo and Seat Mii, with a few styling and spec tweaks. Both the Seat and Skoda had electric versions, but these have been axed from the UK, although there are probably a few new electric Citigos in Skoda dealers, and at the start of September, Seat had around 200 new Mii electrics in stock.

So if you can find one, the Mii costs £20,300, has a back to basics interior and better range (think 169-223 miles). The Skoda Citigo e iV costs from £20,455 and performs almost identically. If these figures appeal to you, get Googling. 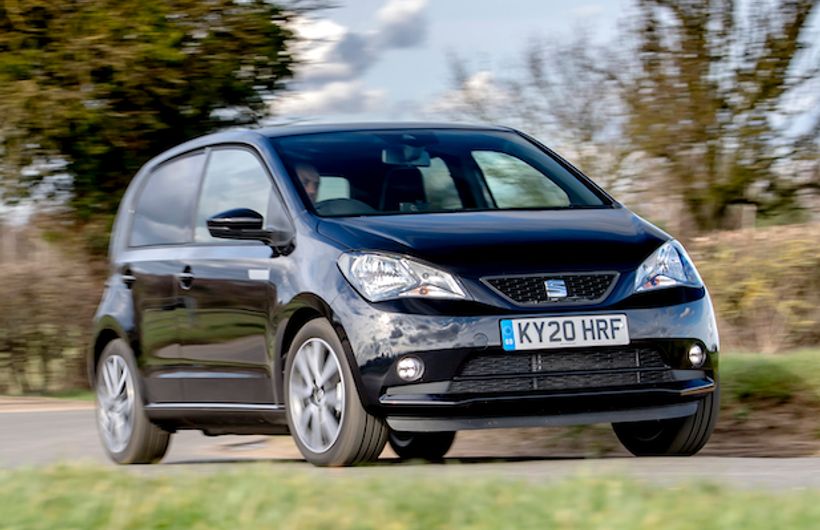 It's time you thought about Mii for a change