Volkswagen has thrown all its engineering might into creating its first dedicated electric car and hopes the ID.3 will bring electric power to the people. The mid-spec 58kWh battery version looks to be the best all-rounder.

“Let's forget about the teething troubles Volkswagen had with the ID.3. That's history now and the current cars are finally living up to the hype Volkswagen built up. The range looks great and offers way more choice than most of its rivals. A 77kWh model would suit me just fine.”

“The first electric car I drove was a VW CityStromer back in ‘98, and I've had a fascination with electric Volkswagens since then. The ID.3 is a great package and I'm glad Volkswagen built this as a family hatchback rather than a big SUV. The range is brilliant and there really is a car to suit all tastes and budgets. ” 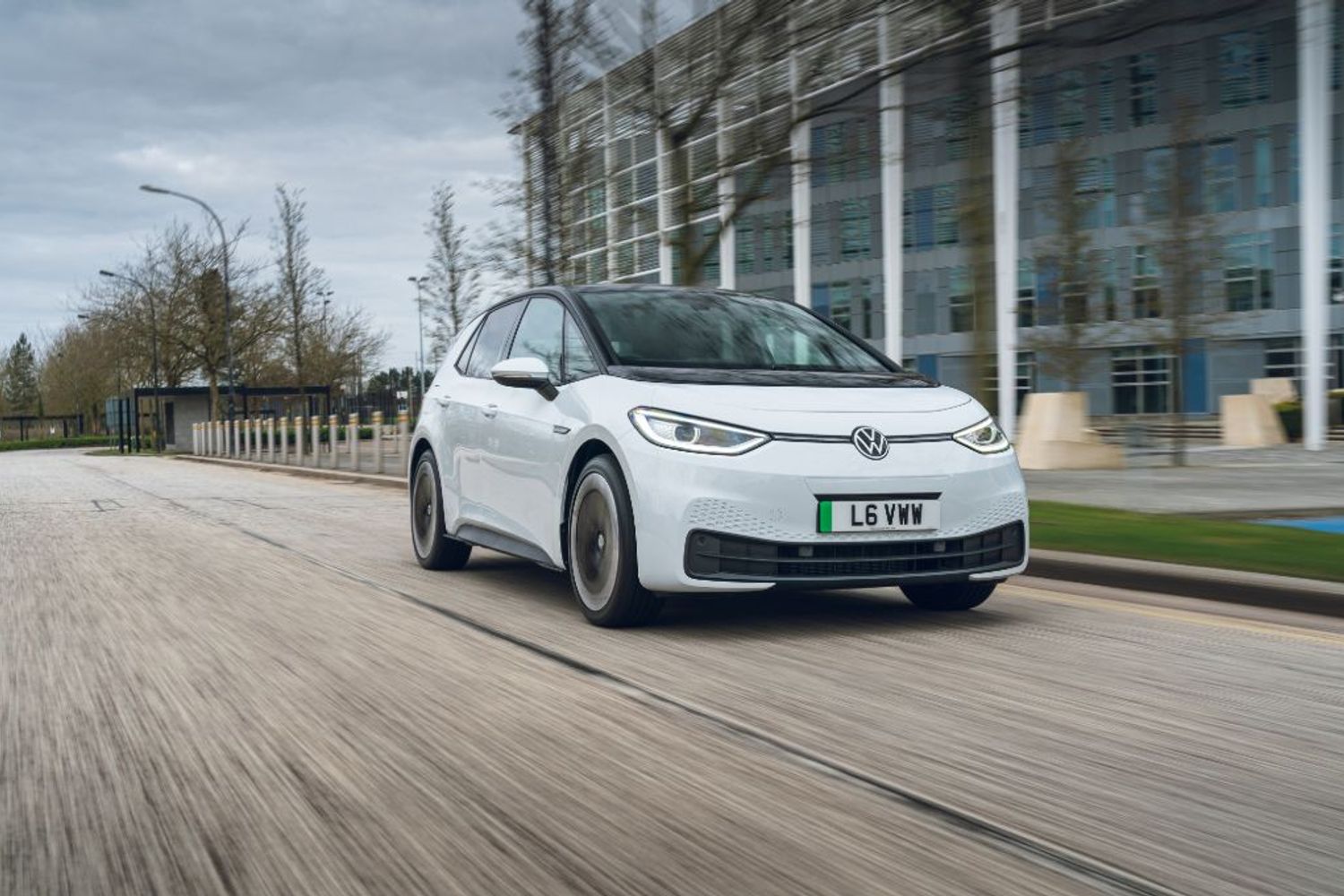 VW is investing massively in electric. It believes that it can produce the next ‘people’s car’ in the same way that it did with the original Beetle and then the Golf. The ID.3 is the car that it thinks will spearhead that revolution and is the first in a long series of interesting models it has planned, ranging from a beach buggy to a reborn version of its classic camper van. It's had a troubled start in life with delays caused by software problems, but we've tried the 'fixed' car to see if it really can bring power to the people.

Volkswagen has, of course, dabbled in electric cars before the ID.3’s arrival, with battery-powered versions of the Golf and Up! city car. The ID.3 is a bit different and is the first VW to be designed from the ground-up as an electric vehicle. All of the brand’s future electric cars will use the ID.3 core structure (referred to as a platform) and layout, so it has gone all-out to make sure it is impressive.

Volkswagen has been careful to make sure the ID.3 is easy to drive and to live with, so it will be instantly familiar to anyone in the way it works, feels and drives. There are no nasty surprises or things which will need you to change the way you drive, except swapping petrol stations for charge points.

How often you need to charge depends on the battery size you choose. There are three different sizes which means you can decide the best compromise between price and range. The bigger capacity power packs are obviously more expensive, so it only makes sense to choose one if you need to do long journeys frequently or don’t have access to a charger every day.

The mid-range 58kWh battery pack strikes the best balance between cost and performance. It can be specified with two outputs; 201bhp in the Pro Performance models and 143bhp in the Pro model as reviewed here. It comes with a WLTP range of 264 miles, which translates to around 200-240 miles in the real world.

DC rapid charging allows the ID.3 to recharge at speeds of up to 120kW, so it can be topped up at a rapid charger to 80% in about 30 minutes.

While you wait for the charge, you’ll find the inside of the ID.3 is a nice place to be. There’s plenty of room above your head and the boot is bigger than a Golf’s too. There are plenty of gadgets, especially if you indulge yourself and dip into the many option packs that Volkswagen offers.

When you’re out on the road the ID.3 feels very Golf-like, but quieter. It’s smooth and fast without being as outrageous as a Tesla. Certainly the acceleration below 30 mph is more like a GTi than a 1.4, but once at higher speeds the punch tails off a little.

The most useful part is the steering, which turns a surprisingly long way, giving the ID.3 a really tight turning capability. It makes parking and manoeuvring much easier.

So could the ID.3 turn around VW fans and make them go electric? We reckon it could. Early problems with the infotainment and control system appear to have been ironed out, and even if the model we’ve reviewed doesn’t have the range or is too pricey, there are other versions that might.