“With crazy looks, a family-friendly interior and the promise of proper driving comfort, the C5 Aircross is a refreshing change for anyone bored of the 'must be sporty' SUVs offered by the (mainly German) rivals. The reality isn't quite as revolutionary as the promise though.”

“With a 12% BIK tax rate, the C5 Aircross makes some sense as a company car if you can't go the whole way and have a full EV. I love the interior too - it has all the family-friendly features of an MPV without looking like something Postman Pat would drive.” 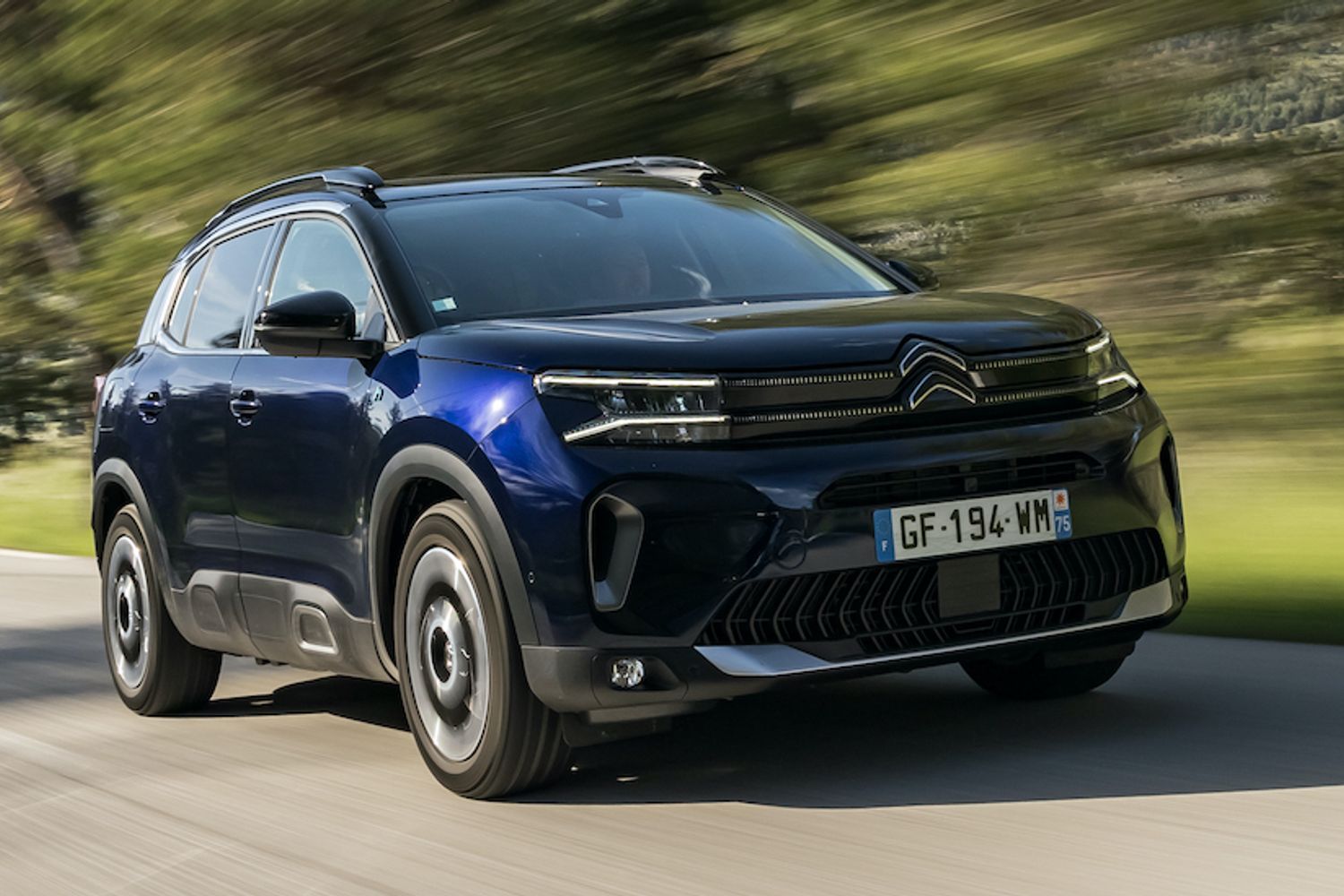 The mid-life refresh for the Citroen C5 Aircross plug-in hybrid continues the French firm’s theme of tuning its cars for comfort rather than outright pin-sharp handling. So how does it compare in a crowded crossover market against big-selling rivals like the Nissan Qashqai and Peugeot 3008?

Is electrification allowing Citroen to get its mojo back?  For decades, Citroen prided itself on being the alternative choice in the automotive market. Whether it was through the styling or technology of its cars or merely going back to basics, Citroens were always a slightly left-field choice of wheels.

More recently, an attempt to compete with mainstream cars wasn’t all that successful, but now it seems that Citroen’s electric models are seeing a revival of fortunes somewhat. The e-C4 now accounts for around a fifth of all C4 sales in the UK, we’ve got the forthcoming plug-in hybrid C5X and now this facelifted version of the C5 Aircross plug-in hybrid.

First introduced at the end of 2018, the C5 Aircross has proved a good success story for Citroen. 325,000 have been sold worldwide with 245,000 of those across Europe and, in the UK, this plug-in hybrid model accounts for around 35 per cent of all sales. Its decision to tune the C5 Aircross for comfort above sharp handling and a firm ride has clearly paid off.

That driving experience is continued with this model along with a new look inside and out. There are new V-shaped LED front lights to give it a family look similar to the C4 and C5X while there’s also a new front grille and new LED rear lights with a 3D element to the lenses.

As before, this plug-in hybrid gets a 1.6-litre turbo-petrol engine alongside a 13.2kW battery to produce 225bhp. Emissions stand at 32g/km with a claimed EAER fully electric range of 38 miles although Citroen openly admits that 34 miles is a more realistic everyday figure. Citroen also claims a 0 to 60mph time of 8.7 seconds along with a 140mph top speed. 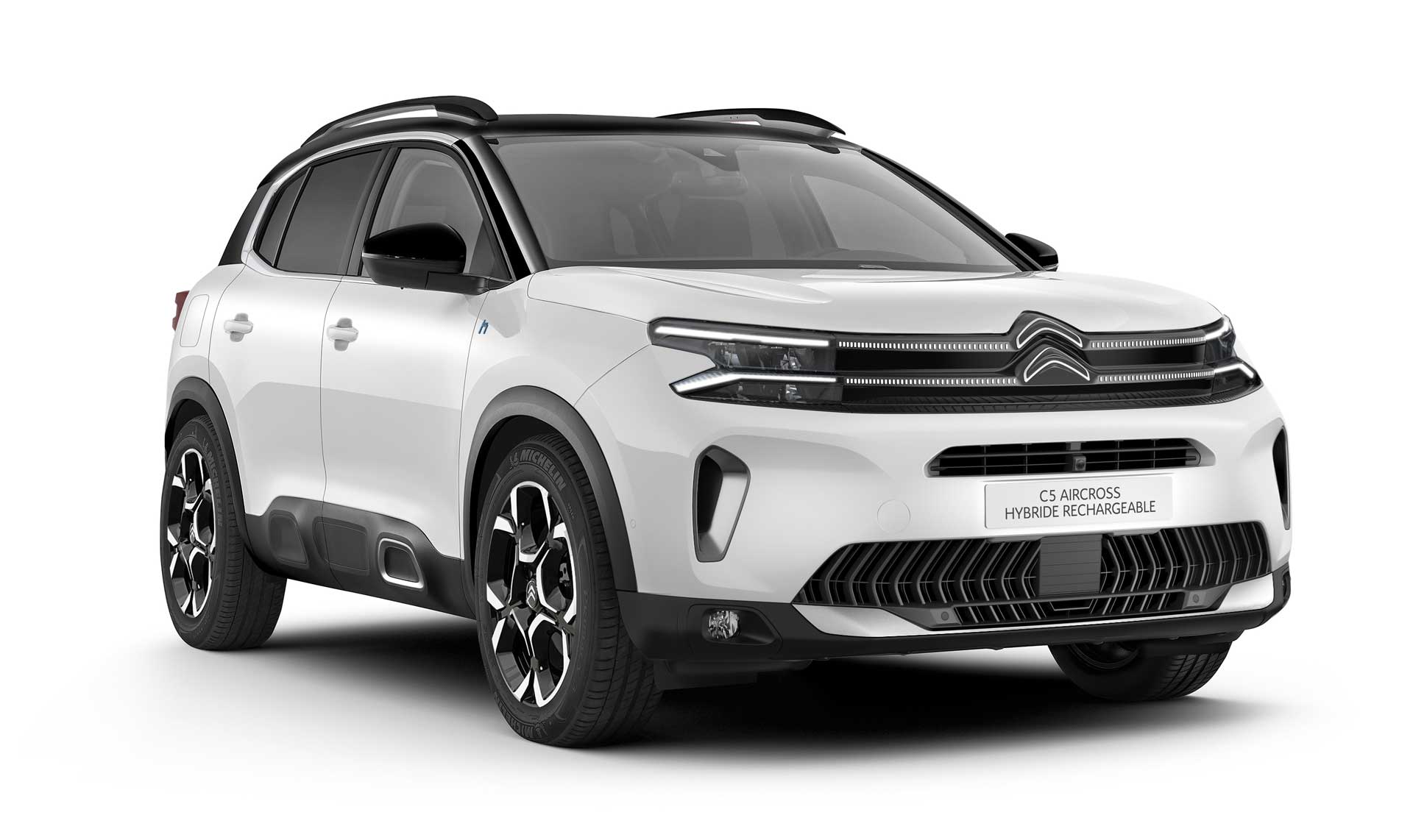 A standard 7.4kW onboard charger means that a full recharge can be had in under two hours at a domestic wallbox or in six hours via a three-pin plug. This plug-in hybrid version of the C5 Aircross also only comes in the higher Shine or C-Series Edition trim levels not in the entry-level Sense Plus trim. Either way however, with a starting price from £35,080, it’s just over £5000 more than the next priciest C5 Aircross Blue HDI and £6,000 over the Puretech 130 petrol, so it’s not a cheap option.

As with its original introduction, Citroen has tailored the C5 Aircross for comfort rather than outright handling, but the Advanced Comfort suspension has been improved and an extra 15mm of textured foam in the seats just to ensure you’re insulated from the road surface beneath you. Think of it as an automotive version of the princess and the pea.

Your first impression though is one of slight bemusement. Put simply you set off in the C5 Aircross and initially it feels just like any other mid-range crossover in the sector. The switch between electric and petrol power is reasonably seamless and well, that seems to be that. There’s a B mode for extra regenerative braking, while the standard Drive feels closer to a coasting-style mode with no regen braking at all which can take some getting used to for its ability to free-wheel.

Except that, the more you drive the C5 Aircross, the more you start to appreciate that ride quality and its comfort set up. You start to realise that, actually, it’s not that you’re driving down a particularly smooth road, but that Citroen’s claim to make this “the most comfortable car in its class” isn’t just an empty promise. It really is that good. There are luxury saloons at twice the price that don’t ride as well as this C5 Aircross.

As people who like to enjoy our time behind a steering wheel, usually at this point we’d be saying how the downside to those comfort levels comes with the car’s handling, so let’s face the elephant in the room.

Does the C5 Aircross boast pin-sharp handling? No, it doesn’t. But, and it’s a big but, it’s not as bad as you might think with minimal body roll through bends, and it can still be hustled with a good degree of enthusiasm down a B road. There is also the real-world angle too, which is that this is a family car and the likelihood of any owner driving a family crossover like a hot hatch is very slim indeed.

There’s more good news with the Citroen’s interior too. There’s a new 10-inch touchscreen centrally mounted on the dashboard, while there’s also a 12.3-inch digital display for the driver too. Both help to bring the C5 Aircross up to date and there’s also some nice practical touches such as the three individual seats in the back (although these could do more legroom for adults) and a third Isofix mounting child seat point on the front passenger seat.

The only downside to this plug-in hybrid compared to the ICE versions of the C5 Aircross is that the batteries steal a little boot space so there’s between 460 to 600 litres on offer depending on those sliding rear seats compared to 580-720 litres.

Overall though, the take-home message from the C5 Aircross is that this is very easy family car to live with. And, while it’s not without faults, that decision to prioritise comfort seems to us to have been a wise one given the nature of this car. The family crossover market might not exactly be short on choice but this is certainly one of the highlights.