The ID.3's feistier Spanish stablemate looks perfect for those who prefer a sportier drive.

Watch our video review here, or us pitch it against the Volkswagen ID.3 here.

“We've been waiting for a compact family electric car with a sporting twist and finally we have it. I really like Cupra's design direction and I can see this appealing to GTI drivers looking to switch to electric. The interior has some nice touches too, which lift it above the ID.3 in my opinion.”

“Now this is more my kind of car. A bit sporty, a bit mean and moody. I love a gadget and the boost button is a clever touch - especially when the road opens out in front of you or you need to get past the car in front. Cupra has done a great job with the Born - I think it'll be a big hit with buyers ” 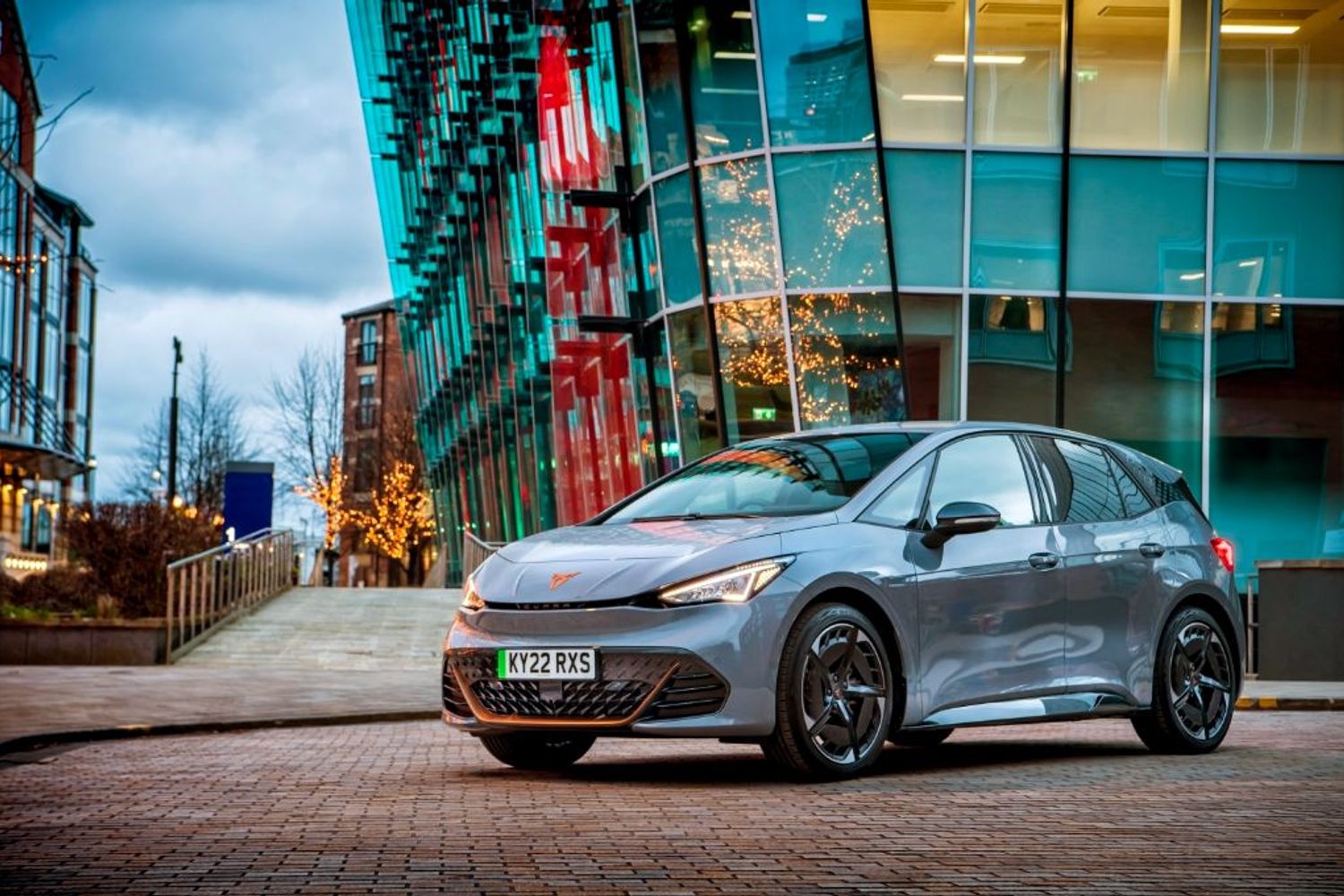 If you’re delving into the world of car buying after a few years away, you could be forgiven for thinking that there’s a new kid on the block - Cupra. And, in some respects, you’d be correct, because the Volkswagen Group (which owns SEAT, Audi and ŠKODA) is keen to establish Cupra as a new, youth-focused brand with attitude and a sporty brief. In reality, it’s actually a division of Spanish carmaker SEAT, which has discovered that the market for its sporty Cupra-badged models has so much potential that they warrant a badge of their own.

So that’s the back story to the name sorted. Now to the car. The Born is Cupra’s first all electric car (but SEAT’s second after the Mii electric). If you think certain bits look familiar, that’s because it’s based on the Volkswagen ID.3 that was launched last year. One wit on social media said the Born looked like an ID.3 which had been disguised to appear in an insurance advert on TV.

Whatever you think of the looks, the ID.3 is a good base to build from, as it's a firm Electrifying.com favourite and the perfect car for drivers looking to make the switch from a compact family hatchback into a similarly-sized electric car.

What Cupra’s version deliberately adds is a sporty edge that the ID.3 doesn’t have. Look at the two together and it’s immediately apparent that the Spanish machine is leaner and meaner with a more assertive look. It’s a clever bit of design and will appeal to buyers who crave a bit more visual drama than the current crop of compact family SUVs deliver.

To emphasise the dynamic bodywork, Cupra offers some suitably moody wheel designs and colour combinations that actually strike a fine balance between sportiness and naff. The copper detailing around the front grille (yes, we know it doesn’t need one), has been sparingly applied and while the vast 20-inch wheels are intricate and eye-catching.

In some respects, the Cupra is more conventional than its ID.3 stablemate. The roofline is 30mm lower, giving it more hatch-like profile while the ID.3’s odd ‘double bonnet’ has been replaced by a conventional one-piece panel.

The sporty theme continues inside, where Cupra’s designers have done a decent job of reworking the ID.3 somewhat austere cabin. Although all the instrumentation and infotainment is the same, albeit with liberally applied copper trim, there are a few key differences. The centre console is much wider in the Cupra, which isn’t great news if you’re long of leg. It does, however, add extra storage and make it feel like a cabin designed to please the driver.

Thanks to some clever racing-car-esque fabrics and trims, it does feel a more involving place to spend time. The sports seats are vastly more supportive than those fitted to the ID.3, but the sportiness and bulk comes at the expense of space or at least perceived space. With the lower roofline, dark trim and those race-style seats, it does feel a little more snug in the back.

Like the ID.3, the Born uses its centrally-mounted display as a hub for most of the car’s functions - from heating to the radio. It gets Cupra-specific fonts and graphics, and in general it seems like a big improvement on early ID.3s. But it’s still not as slick or as quick-witted as it needs to be, with infuriating controls for commonly-used features such as the volume. The steering wheel controls in particular seem to be in need of some more work.

Look closely at the chunky steering wheel and on range-topping models you’ll notice a couple of additional switches below the two spokes. The one on the left controls the driving profile between eco and sport while the one on the right introduces something completely new. Jab your finger on the button marked by Cupra logo and you’ll activate e-Boost – a 26bhp temporary power hike that gives an instant burst of extra acceleration. It's a fun feature and allows you to overtake with more confidence. And because power output returns back to 201bhp, you won’t burn through your range as quickly.

As for the Cupra’s all-important battery, performance and range figures, these largely mirror those of the ID.3. The Born will be offered with three battery options; 45kWh, 58kWh and 77kWh with power outputs of 150PS (45kWh) and 204PS (58kWh). Choose the e-Boost option on the 58kWh pack and that 204PS rises to 226bhp. The long-range 77kWh pack comes with e-Boost as standard and generates 226bhp. With the e-Boost feature, the Born can go from 0-62mph in 7 seconds (77kWh battery) pack) or 6.6 seconds (58kWh pack). The 45kWh and 58kWh packs will be available from launch, with the 77kWh option coming early in 2023.

In terms of range, the entry-level 45kWh has a claimed range of 217miles while the 58kWh comes with 263 miles. Expect the 77kWh version to have a range of 335 miles when the UK official WLTP figures are announced.

How does it drive? Cupra’s engineers have done a decent job of sharpening up the responses and although it doesn’t quite feel like an ‘electric GTI’, it delivers a pretty engaging drive. The ride feels firmer but not too harsh while the steering feels sharper and more direct. It’s equally at home on the motorway, although the fatter tyres of the Born does mean the cabin is slightly noisier at higher speeds. The trade off is improved grip when cornering and braking compared to the skinny-tyred ID.3.

Prices for mid-spec 58kWh car (which is the current entry point until the 45kWh models appear) will start at £34,715. The range-topping 77kWh V3 is £41,975 - although these are in very short supply currently so expect a wait. Those roughly mirror the current prices for the Volkswagen ID.3, so choosing between them will come down to what badge you want on the bonnet and how sporty you like your drive to be. However, the Cupra’s rarity means it is expected to have impressive residual values, so it will be worth more when you come to sell it. That could result in some competitive lease and finance deals - so keep an eye on what you’ll really pay per month rather than obsessing over the list price.