The DS4 E-Tense plug-in hybrid offers a dose of hand-crafted French luxury as a viable alternative to an Audi A3 or BMW 1-Series.

“The last DS4 Crossback was a terrible car, so I didn't have high hopes for this model. But it appears to be a serious rival to an Audi A3 or BMW 1-Series, so could appeal if you like having something a bit different to your neighbours. ”

“I have found a lot of the DS products to be… how to put this? A bit chintzy. But the DS4 seems to walk the line in a much more acceptable fashion. We’ll just have to wait to see if that little battery can actually manage the 30+ mile range claims.” 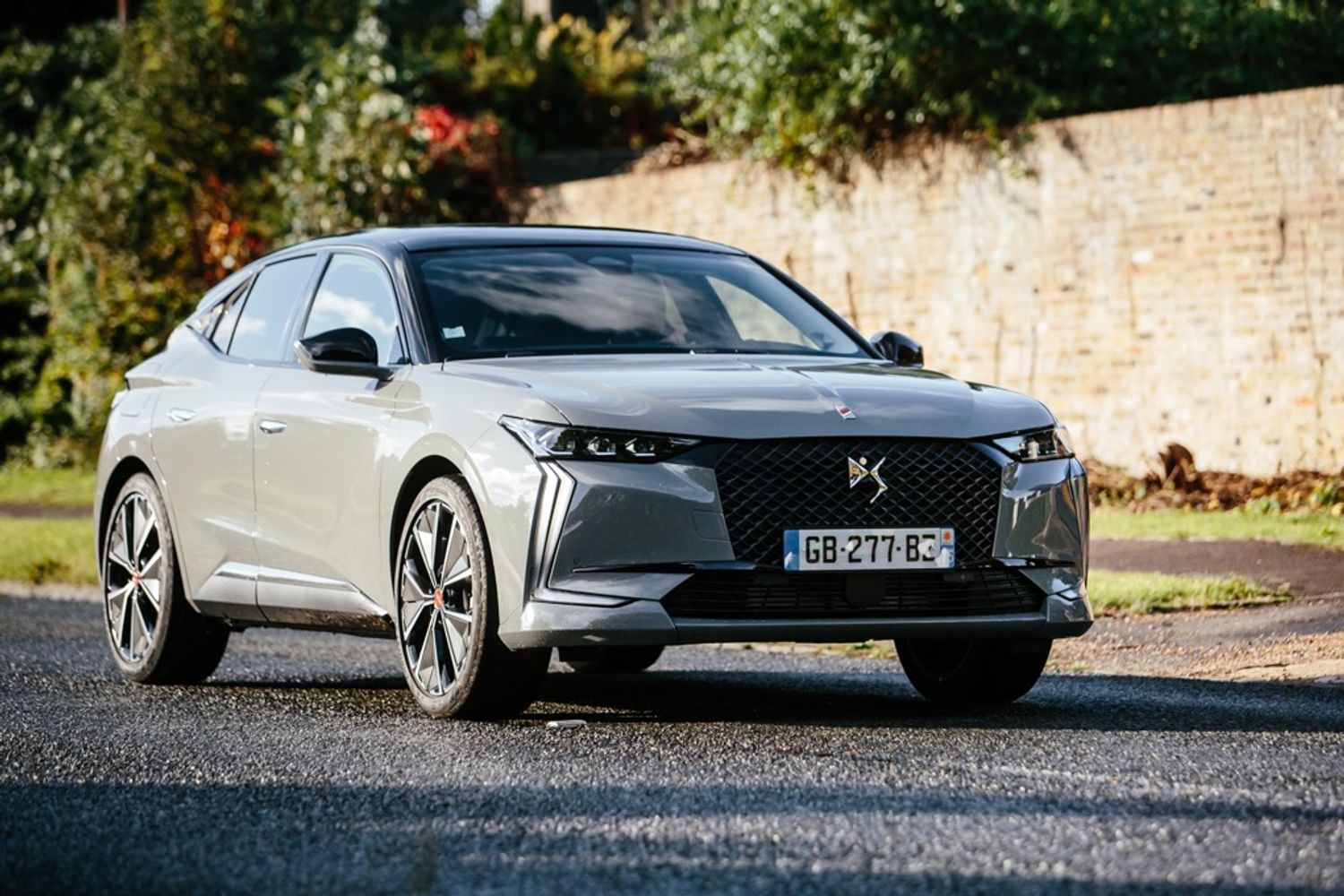 The DS brand might have had a somewhat slow start, but it now appears that momentum is finally building behind the French marque. It initially arrived in 2009 as a posh version of Citroen and had moderate success with the MINI-rivalling DS3. It was then spun off from Citroen in 2015 and is slowly growing - DS now outsells Lexus across Europe and is about to overtake Jaguar too.

Furthermore, awareness of the brand - which is part of the massive Group with also owns Vauxhall, Peugeot, Citroen and now Fiat - is also growing year on year as buyers look for a change from the traditional German and other premium car companies.

Plug-in hybrid sales in this section of the market have grown by 15 per cent in 2021 alone, although DS expects this to grow considerably, with a fully-electric version of the DS4 arriving in 2024.

DS remains tight-lipped on the battery size of the electric version, but does admit that it will be larger than the existing 50kW battery in the Citroen e-C4.

This E Tense PHEV model is also available in all trim levels of the DS4 bar the entry-level Bastille+ version, with the Performance Line model likely to account for the majority of sales - the other models available are the standard DS4 and a ‘Cross’ model with an SUV-like design look, but no physical changes to the set up of the car.

Unlike other cars in the Stellantis Group, as its name suggests the DS4 E-tense 225 only offers a single choice of plug-in hybrid powertrain - a 1.6-litre turbo petrol accompanied by a 12.4kWh battery producing 225bhp.

At a home wallbox, the DS4’s 12.4kWh battery can be recharged in just one hour and 55 minutes through the standard 7.4kW onboard charger.

On the road, the DS4 gives the driver a choice of four different driving modes – Sport, Hybrid, Comfort or Electric. Overall, the DS4 certainly drives smoothly enough with the Sport mode noticeably sharpening the car’s responses to inputs from the driver.However, it’s certainly not a sporting car and the steering is noteworthy due to its highly unusual and slightly synthetic feel.

Put simply, at times it can feel almost entirely disconnected from what the front wheels are doing ahead of you, lacking responsiveness and then suddenly reacting. It’s almost hard to imagine that it’s come from the same team that produced its brilliant Peugeot 308 hybrid sister car with the same powertrain.

By comparison though, Comfort mode is very impressive. It may lack that ultimate sharpness, but it makes up for that in sheer comfort with a decent ride quality. In short, it feel much more suited to the nature of the car than the Sport mode.

The same goes for Hybrid and Electric modes too. They may all add a few seconds to a journey time, but the DS4 feels much more at home in these modes.

Even with that though, it’s still slightly disappointing not to have more control over the regenerative braking. When in D mode it’s non-existent, and while the B mode gives you more resistance, any drivers with past experience of a plug-in hybrid are likely to want something stronger still.

However, it’s the interior which is most likely to win over potential DS4 E-Tense buyers. Along with carbon fibre and hand-stitching on the steering wheel, the DS4’s interior is packed with some lovely touches both in terms of its design and detail. The metal finish has been designed to match luxury watch design, while there are invisible vents and ash wood pieces of trim around the cabin.

Allied with these traditional elements is a central 10in touchscreen, the layout of which can be tailored to the driver’s preference and a head-up display which can show sat nav instructions, music details and phone calls as well as your speed. Particularly clever is the smaller Smart Touch touchscreen at the base of the dashboard which can be programmed to feature six customisable shortcuts either for the sat nav, regular phone numbers or favourite radio stations. It also has a handwriting recognition system too.

While it may sound a little gimmicky, the reality is it works well as does the rest of the interior. Along with the stitched suede-like trim in the Performance Line models, it’s undoubtedly the best element of the DS4 E-Tense and a notable step above from its more traditional and conservative rivals. The only slightly niggle is with the plastic on the window switches which feels a little cheap to the touch by comparison with the rest of the cabin, as does some of the knurled alloy-like plastic trim.

Space is an issue in the cabin too. Not in the front where there’s plenty but for those in the back where anyone over six feet tall will find their head brushing against the roof and their knees just touching the front seat backs despite them having been scalloped out for extra legroom.

Given DS’s experience of its buyers so far, there’s little doubt that the interior of this DS4 will be largely responsible for tempting new customers. The DS4 E-Tense may not be the most dynamic driving car in the class, but growing brand recognition and an ability to match – and better – some of its traditional premium rivals is probably all the excuse that many buyers will need to make the switch. Compared to the rest of the models in the DS line-up, there’s a solid argument to make that this DS4 E-Tense is one of, if not the, strongest propositions in the DS showroom so far.