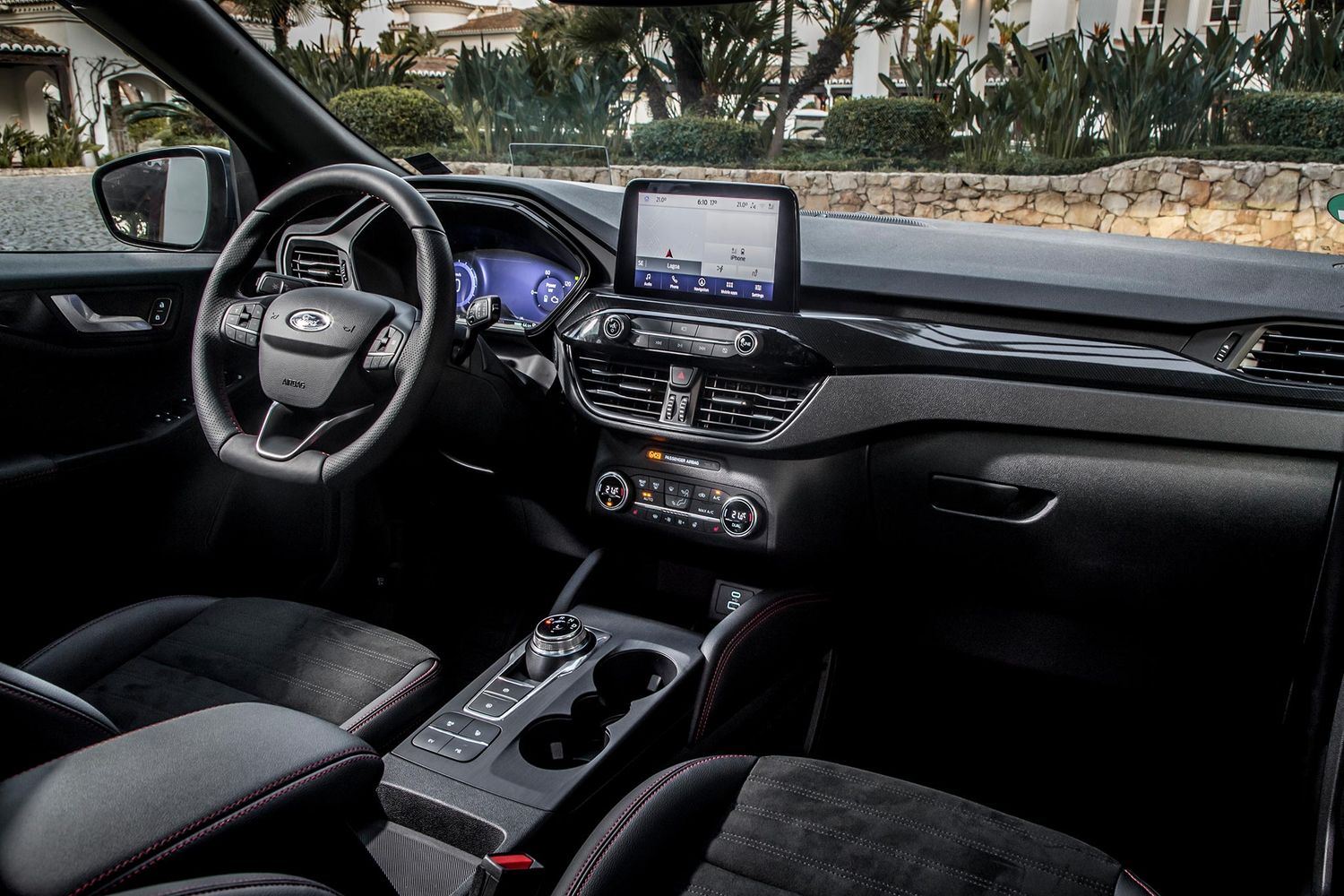 The Kuga PHEV costs a chunk more than the petrol versions but is actually cheaper than the diesel and you’ll save a fortune in fuel and tax.

The cheapest PHEV version of the Kuga costs a fairly substantial £5,700 more than the cheapest comparable petrol model, which is the sort of amount which will make you go away and do some sums to see it if it worthwhile for the type of journeys you do. Since most people will buy a car like this using finance, simply add up the likely fuel savings and see if it outweighs the increase in payments.

But in a bit of a bold move, Ford has made the Kuga PHEV slightly cheaper than the less-powerful, 2-litre, 188bhp diesel version. That will make it even more tempting for buyers.

Overall the pricing is neatly below the current best-sellers in this sector (including the soon-to-be-defunct Mitsubishi Outlander PHEV) but it’s worth remembering the Kuga is only two-wheel-drive, where most rivals are 4x4s.

Also bear in mind the £40,000 tax trap if you are going for the top-level Vignale version add a few options and it will top over the total, costing you substantially more in road tax for the first six years of ownership.

If you use the PHEV as intended and actually plug it in, the fuel savings will be substantial, especially since the Kuga actually seems to be good for the quoted figures. Even without plugging in and on longer journeys the car we tried seemed far more efficient than some rivals.

For company car drivers it’s even more clear cut, as the savings in company car tax are substantial compared to a conventional engine. For a 40% taxpayer, the difference per month on a top level Vignale would be just £127 disappearing from your pay slip every month compared to £462 for the equivalent diesel. That soon adds up.

As Fords are often bought by big fleets who keep a close eye on the spreadsheets, the other costs to run a Kuga PHEV (such as depreciation in value, insurance and servicing) are all low too.

« PerformanceReview »
Own a Ford Kuga PHEV or looking to buy? Tell us about your experience