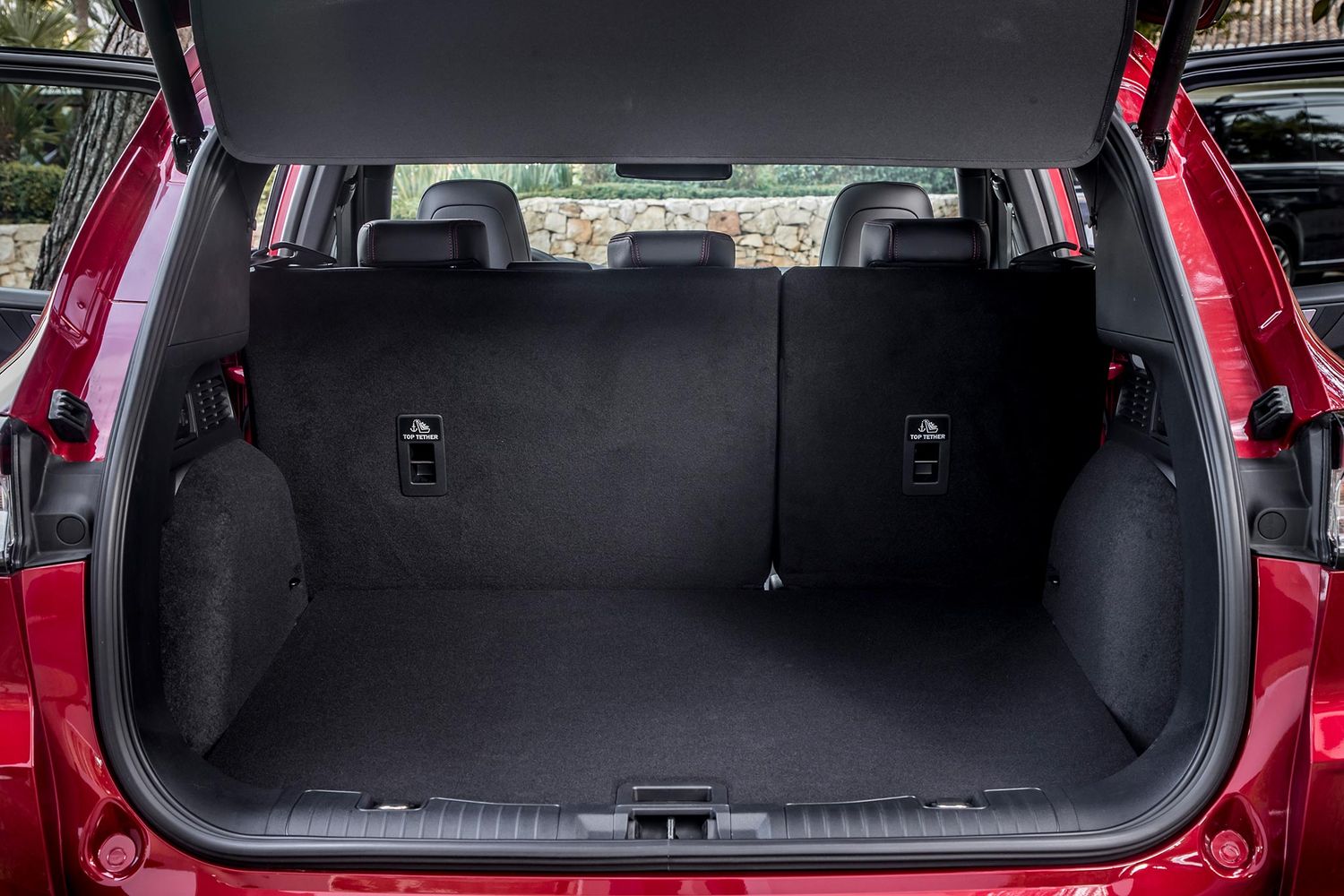 The Kuga is a really practical car, with plenty of room for five passengers and a decent sized boot too.

Cramming a battery and electric motor into a car which also has to house a petrol or diesel engine will usually mean compromises have to be made with interior space. But somehow Ford seems to have got away with it in the Kuga PHEV.

In fact the Kuga is spacious enough to allow four or even five adults to get comfortable, with plenty of head and legroom all round. It’s certainly better than a Vauxhall Grandland X if you regularly need to transport anyone older or bigger than a lanky teenager.

The boot shrinks slightly in size compared to the petrol/diesel Kuga but it’s negligible in reality and still offers a decent amount of space with the seats up or down. There’s room for cups, phones and other paraphernalia around the seats too, although not quite as much as we’d like.

On-board the Kuga is all typical modern Ford, with a Sync 3 touchscreen - which is very easy to use – taking care of most of the tech including Apple CarPlay or Android Auto.  Ford has decided to leave some of the major controls - like these for the aircon  - as proper dials rather than touchscreen elements. That’s joined-up thinking: much easier to use on the move.

The cheapest Kuga PHEV is the Titanium, which is lumbered with conventional analogue dials and a small central display between them.  You’ll need to cough up the extra to get an ST-Line to get the far snazzier digital dashboard which makes the whole interior feel far more special.

Like most plug-in cars, the Kuga uses an app which allows owners to turn on the heating (or cooling) remotely so the car uses mains power rather than battery to get the Kuga to a comfortable temperature.

According to the independent crash test experts at EuroNCAP, the Ford Kuga is one of the safest cars on the road. It was awarded a full five-star rating thanks to a full list of crash-preventing safety systems, airbags and a strong shell. Its score of 92% for adult occupant protection compares to 84% for the Vauxhall Grandland X for example, although it is marginally beaten by some rivals such as the Toyota Rav4 (93%) and DS3 Crossback (96%).

« RangePerformance »
Own a Ford Kuga PHEV or looking to buy? Tell us about your experience