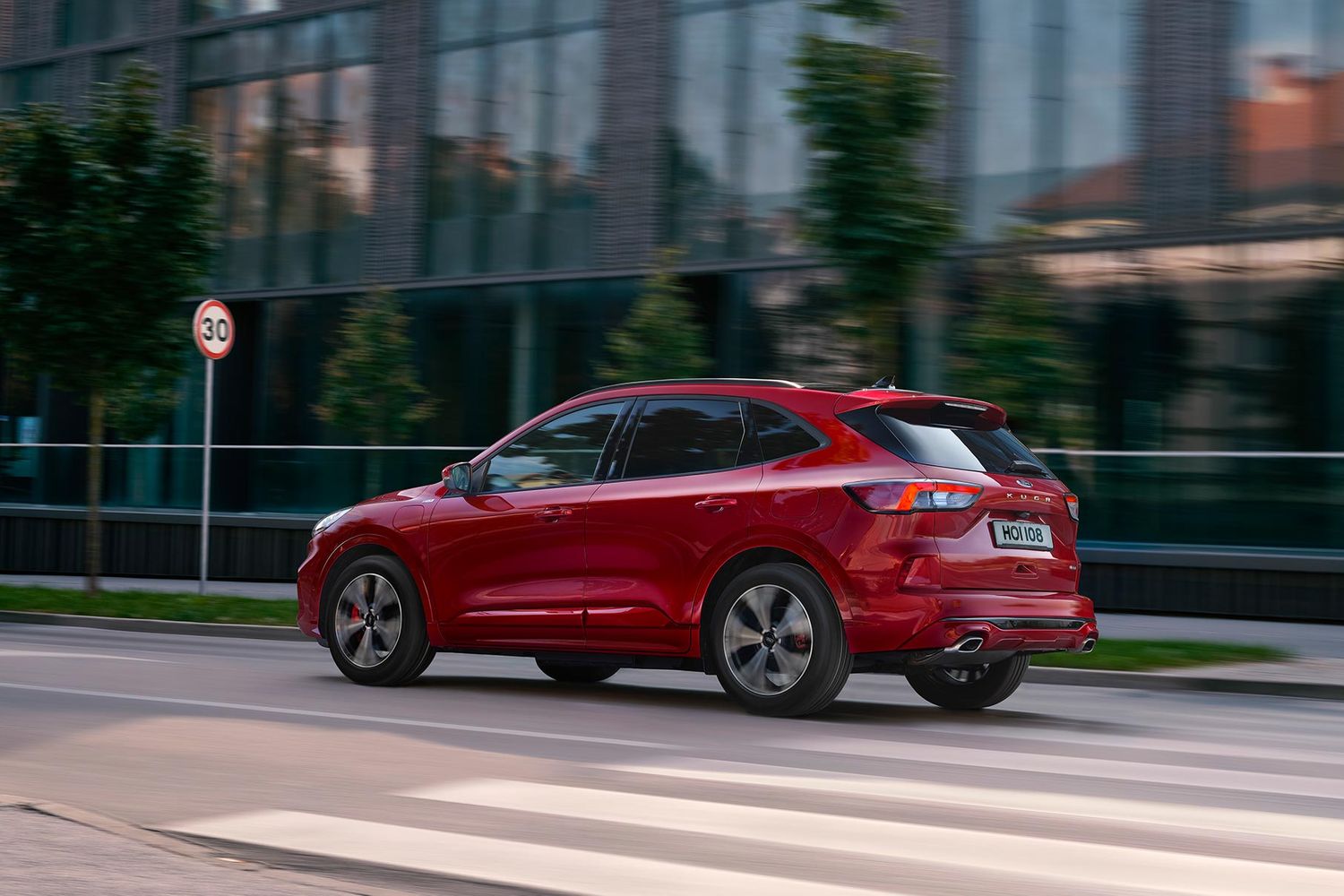 It’s no sportscar, but the Kuga really is quite good fun to drive. Only the slushy gearbox lets the side down.

In theory the Kuga will do up to 85 mph on electric power alone, but if you ask for all its performance the 2.5-litre four-cylinder engine jumps in to help. Obviously a big 2.5-litre petrol engine sounds like a stupid idea in a car designed to be efficient, but the 2.5 in the Kuga is an ‘Atkinson Cycle’ engine which means it is more efficient rather than extra powerful. Still, combined with the electric motor it gives a respectable total of 222bhp.

That might sound like plenty of go, but as with most PHEVs, the Kuga isn’t particularly light. It weighs well over 1.8 tonnes, so it’s not exactly whip-fast. Getting to 62mph from rest takes just over nine seconds, so don’t worry about straining your neck. But it’s acceptable, and useful. The slushy CVT (continuously variable transmission) doesn’t help with responsiveness either, and its a bit annoying if you’re going for a quick overtake… but this type of gearbox is very efficient rather than exciting, so again, you can see why they chose it.

Other than the slushy gearbox, there is seemingly nothing to write home about when driving the Kuga. The brakes are good. The steering is a bit numb but accurate, and it’s quiet thanks to an acoustic windscreen which keeps the engine noise at bay.

But then you realise something really quite unexpected, because this Kuga really does handle nicely. And we don’t just mean ‘for a PHEV SUV’. It may only be front-wheel drive, but this tall Ford is really good at going around corners. It’s comfy but flat, quick and curiously competent. In fact, it’s more like the MINI Countryman PHEV than something like a Mitsubishi Outlander. Handling might not be the first thing that springs to mind when looking at this kind of car, but it doesn’t hurt, especially if you are swapping out of something like a BMW 3-Series for company car tax reasons.