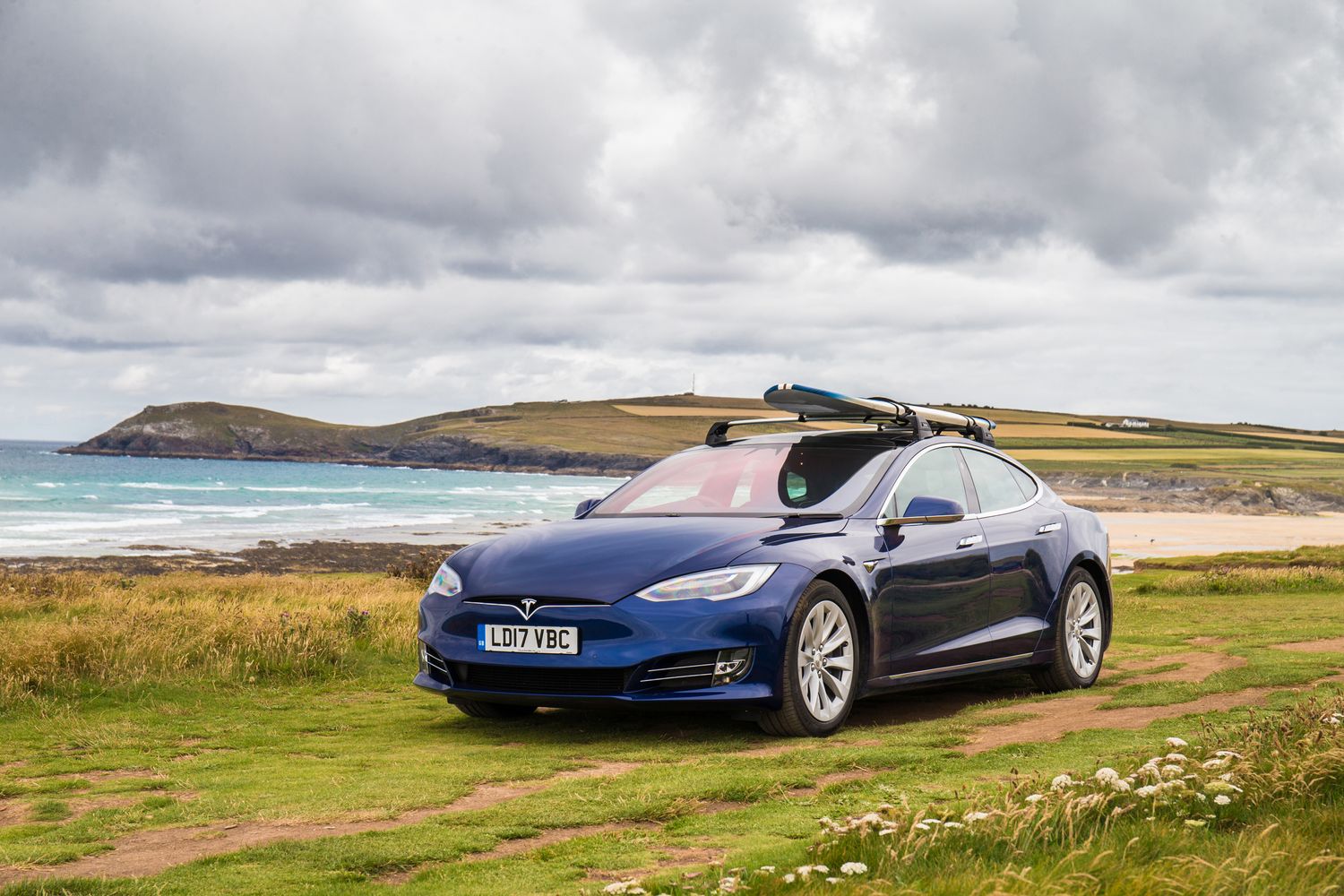 The Model S could be considered to be one of the most significant cars of this century. Tesla came from almost nowhere to create a car that made electric vehicles truly desirable. The Model S answered every criticism – it was fast, could go hundreds of miles without stopping, could be charged quickly, had more space than rivals and looked pretty good too. The only problem is that you'll have to wait to get on in the UK.

Since it first came to the UK in 2014, the S has been improved and refined with more range and performance. The technology has evolved too, and Tesla has been able to update earlier cars with the latest software ‘over the air’ by sending data via a mobile phone data link directly to the car. It means owners often wake up in the morning to find their car has a new feature. Some are sensible, like better battery management or improved self-driving capabilities; others prove Tesla has a sense of humour – such as a whoopee cushion app or a retro games function.

Tesla also broke with convention by making the Model S a hatchback. Although this is pretty standard for smaller cars, most luxury car buyers traditionally prefer a saloon with a separate boot. By making the Model S more practical however, Tesla has also been able to attract buyers away from SUVs. In fact, the Model S has a vast boot which is bigger than all but the biggest 4x4s and people carriers can manage.

There’s plenty of storage and room around the cabin too, and although the dashboard looks a little dated next to some of the newer Tesla models, it is still a nice place to be. A glass roof lends an airy feel and the front cabin is dominated by a 17-inch tablet-style screen which controls most of the car’s functions.

Driving a Model S is easy, even though it can out-accelerate the fastest Ferrari if the mood takes you. The Performance version is really faster than any car needs to be, and it has four-wheel drive too so there is rarely any spinning wheels or skidding. Computer-controlled air-suspension means it goes around corners and copes with rough roads well, and adjusts itself automatically depending on the load on board.

But, while it might have stunning performance, the Tesla can’t change the laws of physics. It’s heavy and doesn’t feel or behave like a sports car, with an artificial feel through the steering and brakes which make it feel uncomfortable at speed on a twisty road.

Even so, the Tesla represented a revolution when new. The Model S took the car world by surprise, and only now are rivals starting to catch up.