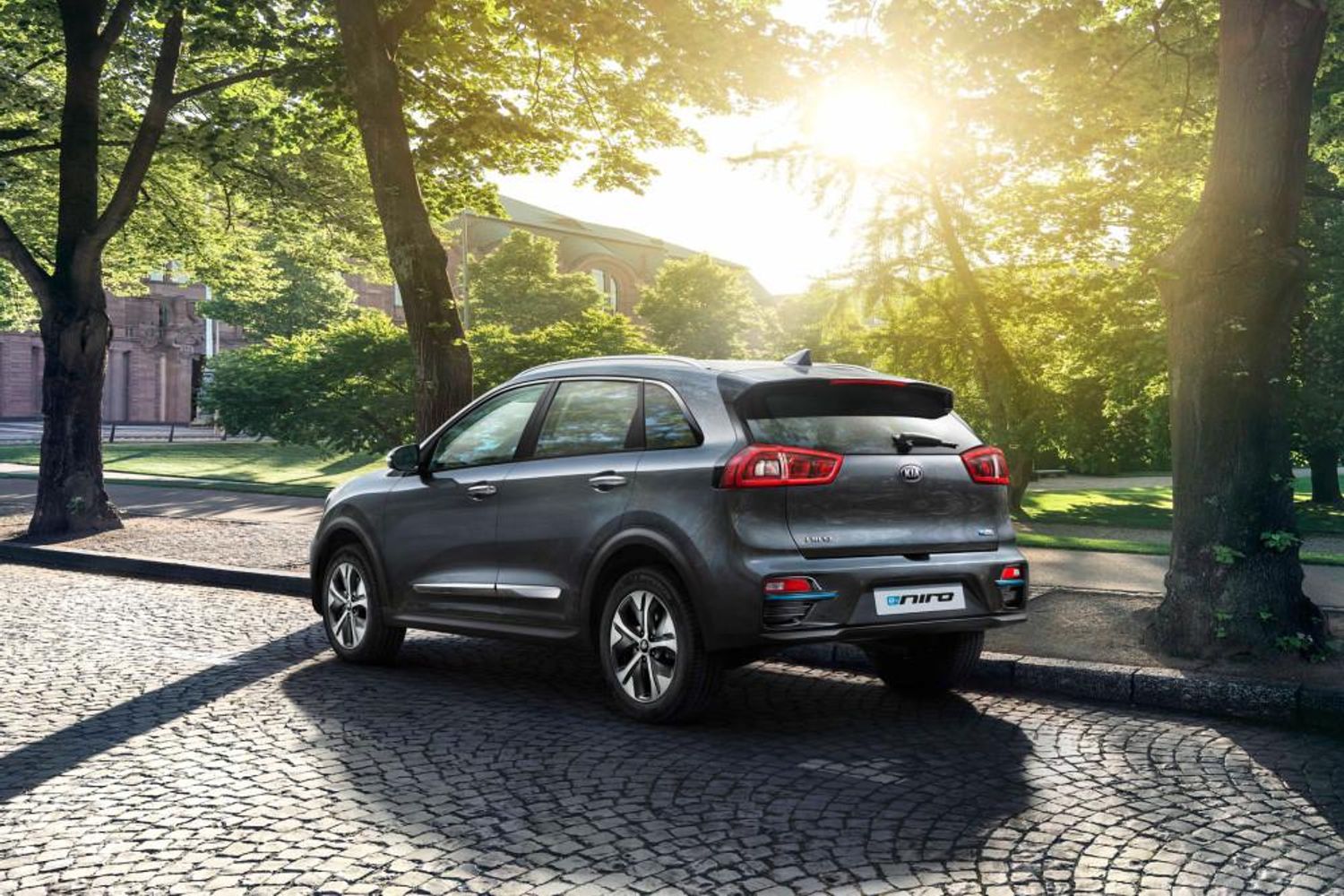 It might not look like it, but the Kia e-Niro is one of the most desired cars in Britain. It was launched in 2019, won a series of awards and promptly sold out. The waiting list went up to around nine months long​.

What makes it so sought-after? Beneath the fashionable SUV-alike body (the Niro is slightly smaller than the best-selling Nissan Qashqai) is an all-electric set up which knocks most of its rivals for six. A whopping great 64kWh battery is enough to carry the e-Niro for 282 miles according to the official range figures, but even 250 miles should be no problem for most drivers. That’s the same sort of range as the Jaguar I-Pace and a full 100 miles more than rivals such as the VW e-Golf or a 40kWh Nissan Leaf.

But rather than being a sluggardly eco car, the e-Niro is really quite fast. Its 201bhp power figure would be impressive in a sporty hatchback and in the Kia it gives acceleration which will surprise drivers of far more expensive machinery. In fact, the power delivery is so instant that you need to be careful not to spin the wheels with an embarrassing tyre squeal.

Other than that, the e-Niro doesn’t drive like a sportscar, but it is a refined and relaxing way to get around. It’s a practical family car too, with a decent sized boot and space for four adults to be comfortable, or five if they don’t mind a bit of a squeeze. It’s pretty good quality in there too.

While you are filling up the interior, you might need to top up the battery too. The Kia can be charged using the two most common types of connector – a Type 2 for home and ‘fast’ AC public charging and CCS for rapid DC charging when you are on a longer journey and need a top up, or perhaps if you can’t charge at home and ‘fill up’ once a week at a supermarket or fuel station.

The rate of charging isn’t the fastest though: the e-Niro will take AC at 7kW rather than the 11 or even 22kW which is now becoming available, while the maximum DC rate is 80kW. That’s better than the 50kW of some rivals, and below the 100kW of some newer competition like the Vauxhall Corsa-e. With the Kia’s big battery, it means you’ll need to allow about 50 minutes to get an 80% charge.

If all this sounds like great news, then you might want to get yourself on the waiting list. We’d not blame you for doing so, but bear in mind that the e-Niro might not seem quite so ahead of the pack by the time your car eventually arrives, as the market is developing quickly. So, we’d advise you to check out some alternatives, including Kia’s own Soul EV. Keep an eye on our news pages too for the latest developments and launches.

​
« UsedRange »
Own a Kia eNiro or looking to buy? Tell us about your experience