The Range Rover Velar PHEV is a lovely SUV to spend time in. The electric powertrain is a perfect fit with the posh Range Rover badge, and being a Land Rover product it’s pretty good off-road. It is expensive, though, and the company car tax is more than a BMW X5 PHEV.

“Despite the futuristic looks, it has taken Land Rover an age to bring the Velar up to speed with a tax-friendly PHEV version of the Velar. And while it is undoubtably a desirable car, rivals have a crucial tax advantage for company car drivers.”

“I love the looks of the Velar - as long as you get it on the right wheels - and the way it drives. But the old infotainment system was way off the pace. The new tech is much, much better but still isn't good enough.” 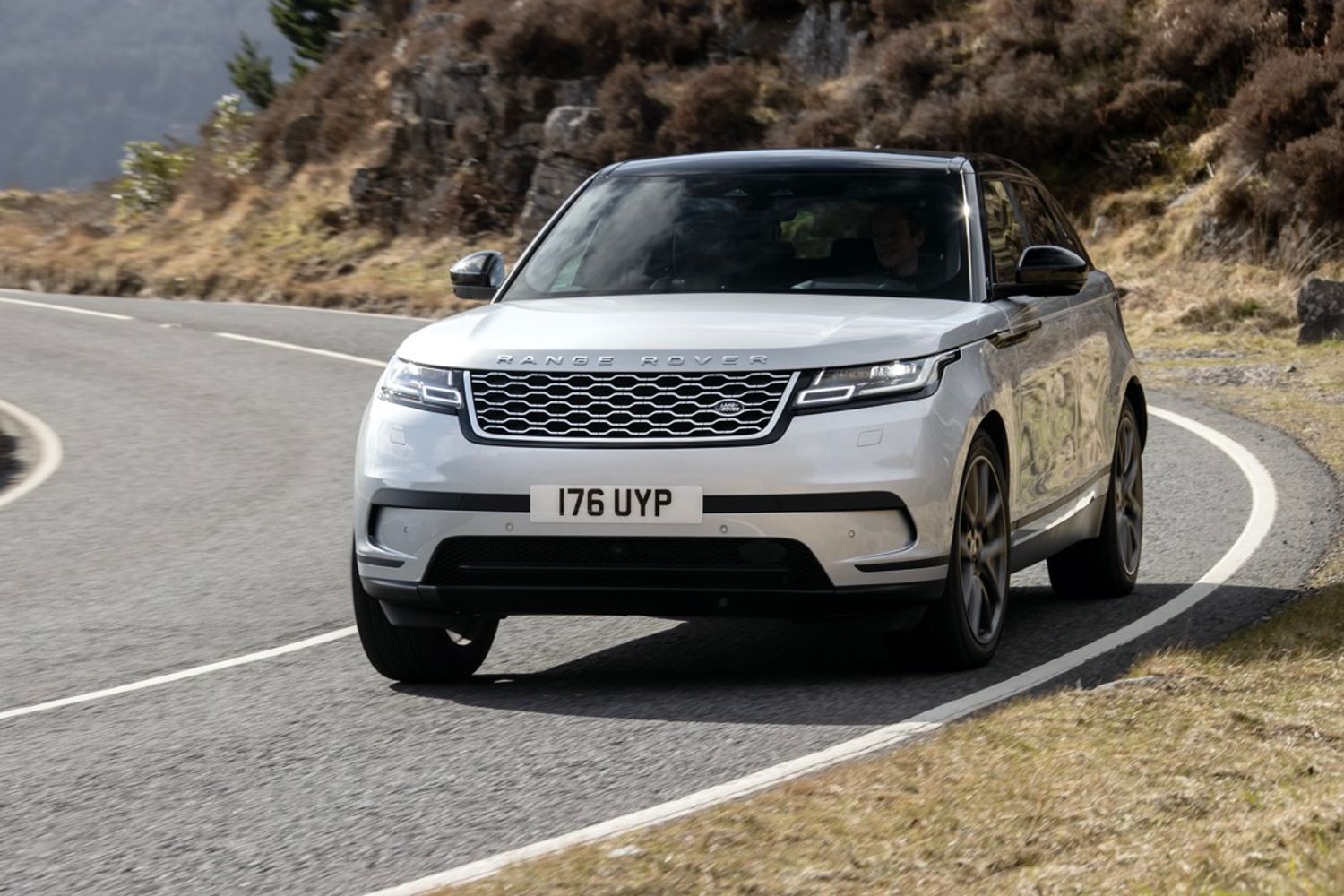 When a car is built to fit a gap between models and designed to meet a certain set of parameters it rarely works out well, but that's never been the case with the Range Rover Velar.

When it arrived in 2017, it was a coupe-esque SUV that sat quite quietly between the baby Range Rover Evoque and large Range Rover Sport. A bit bigger than a BMW X4 but smaller than an X6, the Velar had some credibility too as the Velar name itself was the codename for the original Range Rover before it launched in 1970.

We say quietly because the Evoque and Sport were – and are – a bit more flamboyant compared to the arguably more restrained Velar. But just like those two models, the Velar now gets plug-in hybrid power as part of a round of updates for 2021.

The Velar P400e doesn't just share its name with the recently launched Jaguar F-Pace P400e, but also its mechanicals. Underneath the swoopy body lies the same platform and engine and electric motor set-up as the Jag, so that means a 296bhp 2.0-litre four-cylinder turbocharged petrol engine mated to a 141bhp electric motor, which is fed by a 17.1kWh battery pack under the boot floor.

There's an eight-speed automatic gearbox and power is sent down a prop shaft to the back axle to make it four-wheel drive – just like you'd expect a Range Rover to be. Total figures are 398bhp and a whopping 640Nm of torque, but of more interest are its eco credentials as this 2.1-tonne SUV coughs out a company car driver-pleasing 50g/km of CO2 (on the SE model), up to 130mpg and up to 33 miles of electric range – more than enough for most people's daily commute, says Land Rover.

Charging up that 17.1kWh battery at home via a 7kW wallbox will take 1 hour 40 minutes and, surprisingly for a PHEV, the Velar can also be rapid-charged up to 32kW with a zero-to-80% top-up taking just 30 minutes.

Along with the standard driving modes you'd get in any other petrol or diesel Velar, the P400e gets Hybrid, EV and Save settings. Hybrid is essentially an auto setting so the car flits between petrol, electric or both when it sees fit, EV switches off the engine and puts the car into pure electric mode, while Save maintains the battery's charge for use later on.

Hybrid is the default mode and the Velar silently shuffles between petrol and EV power, and in normal driving the switch between the power sources is nearly imperceptible. For this 2021 update, Land Rover has fitted noise cancellation software of the type you'd find in a pair of headphones you buy in Duty Free. It does a good job in shutting out road and wind noise and ramping up the silence.

Even when you up the pace and ask for the full 396bhp in the Velar's arsenal it remains serene. The engine emits a sporty grow if you press on the throttle hard, but it's still very refined and a far cry from the strained, ruffled character you get from the heavier (and older) P400e versions of the larger Range Rover and Range Rover Sport.

Serene is a good word to describe the rest of the driving experience. You sit higher than you do in the F-Pace P400e, BMW X3 xDrive30e or Mercedes GLC 300e Coupe, and there's a whiff of the big Range Rover's pomp. The steering is smooth and accurate but not as sharp as the Jag's or BMW's, and the Velar is more suited to driving round corners at a comfortable pace rather than being hurried.

Even the larger Range Rover Sport P400e seems more agile – but perhaps it should with Sport in its name. The Velar P400e doesn't have the option of air suspension and only has standard steel springs, and while this does mean the plug-in hybrid can feel less wafty then a petrol or a diesel Velar with air suspension fitted, the ride is still plush and generally smoother, more of the time.

That lack of air suspension also means you can't raise the ride height if you want to go off-road, but it's no real bother. What the P400e loses in ground clearance it gains in off-road ability as the instant torque that comes from the electric motor actually aids traction in tricky terrain. Our twisty test route through the Malvern hills also included a little expedition on Land Rover's fabled Eastnor Castle off-roading course, and the P400e, though also lacking some of the hardware you get on bigger Range Rovers, shined on some very slippery surfaces. It easily has the edge over its BMW, Mercedes and Jaguar rivals if you need a plug-in hybrid SUV that can qo off-road.

Apart from the new engine, Land Rover hasn't messed around with the Velar for this update and kept things pretty much as they were. So the interior is still beautifully made and has a classy, pared-back design that makes everything else seem rather dull. There's a new steering wheel, the gear-lever has been changed and there are some new paint colours, but that's pretty much it.

The Velar does get Jaguar Land Rover's new Pivi and Pivi Pro infotainment systems, though, which are a very welcome upgrade over the old and laggy systems fitted before, but still aren't up to class standards.

The entry-level Velar P400e SE comes in at £64,345 and gets 20-inch wheels, LED headlights, 14-way electric heated seats, Pivi Pro and a host of safety equipment including a 3D camera and wade sensing (for those tricky off-road explorations). HSE and sportier R-Dynamic versions take the range up to a pretty eye-watering £71,000.

While the Velar does sit a bit awkwardly in terms of price and benefits to the company car driver, it does have a card up its sleeve. The Velar has sharper kerb appeal than its German rivals, and that lower roofline gives it a sleeker look compared to the mechanically-identical Jaguar F-Pace P400e. The Velar also manages to distill some of that elevated, aspirational feel from the big Range Rover, and while we'd stop short of saying it feels special, time spent in a Velar feels a bit more memorable than any other SUV at this price.