We're all rather fond of a practical workhorse and although it's getting on a bit, this is one of the few electric offerings around on sale right now that's up for the job.

“It's no secret that I'm a big fan of the Nissan Leaf and van drivers can benefit from the same technology, as the e-NV200 uses exactly the same tech but in a larger-than-average small van and the driving range is the best out of the electric vans on the market.”

“It has got loads of space and can seat up to seven, so it's certainly practical and I like the app that lets you do things like start the air-con whilst it's still charing. It works well for last-mile deliveries, or if you work in city centres with congestion charging.”

We’re really fond of the Nissan Leaf. It’s a well-proven family car which does most things well and can make motoring much cheaper, as well as providing all the other benefits that driving an electric vehicle can bring. So, we are also happy that van drivers can benefit from the same technology – as the e-NV200 uses exactly the same motor, battery and systems as the hatchback but in a larger-than-average small van.

It means the e-NV200 has a 40kWh battery (the larger 62kWh from the Leaf e+ isn’t available) which is enough for an officially measured range of 124 miles. This is pretty reasonable, but the good news is that in cities this stretches to 187 miles. This is because electric vehicles are actually more efficient in towns, as you are using the regenerative braking more and aren’t driving at energy-sapping motorway speeds.

It makes the e-NV200 perfect as an urban delivery vehicle, or for any other business where your driving is mainly in towns. It’s a bit bigger than most of the car-based vans and you sit higher up too, so you’re at eye level with SUVs and Transit drivers. In the back it will take two standard euro-sized pallets, but they’ll need to be relatively light – the load limit is 705kg, which is about 88 crates (or 2,115 cans) of soft drink.

Carrying really heavy loads or inter-city motorway runs might not be ideally suited to the e-NV200 as they’ll sap the battery power, but you can charge using a conventional 7kW connection or a CHAdeMO rapid charger to get an 80% top up in about 40 minutes. This also means the e-NV200 can be connected to a V2G charger which will allow owners to make the best use of power and could even earn money by selling electricity back to the grid at times of peak demand.

This fast-charge ability also means the e-NV200 is finding friends on taxi ranks. In London and other cities, a specially-converted version based on the Combi seven-seat model has the potential to save cabbies a fortune in fuel, and it will be able to enter the proposed zero-emission zones which are planned in many urban areas.

The Combi is one of very few electric seven seaters too – and it’s by far the cheapest. It will seem crude next to a Tesla Model X, but it’s also a third of the price.

Be careful of the pricing though, as the government grants vary between the van and Combi, as commercial vehicles receive a rebate of 20% while the Combi is classed as a car and gets a flat-rate £3,500.

Whichever you choose, if it fits in with the work patterns of your business then the e-NV200 could prove to be cheaper to run, easier to drive and better for your image than a diesel van. Perhaps your rivals will go green with e-NV too. 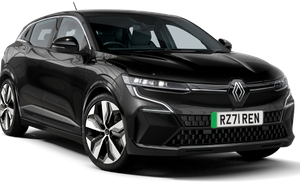