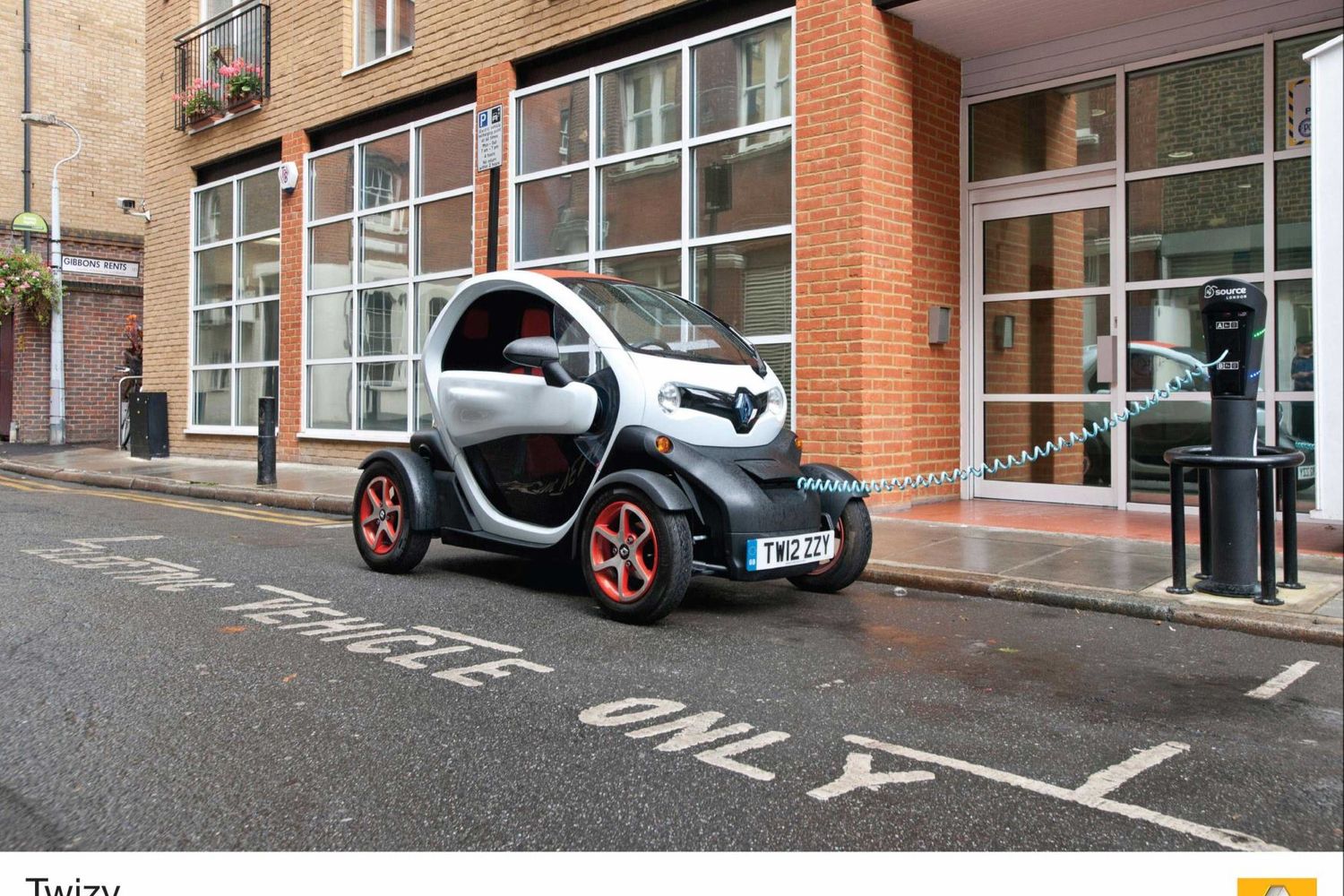 You can charge a Twizy at any normal three-pin socket. There are millions of them, but not many at dedicated EV charge stations!

Clearly, the Twizy isn’t going to be the first choice for a driver who needs to do long distances. This is a car which is designed to do commuting, station runs and urban deliveries. With that in mind, its official range of 56 miles should be perfectly adequate.

But bear in mind that the Twizy is a car which is designed for use around town, and any prolonged runs at its maximum speed of 50mph will run the battery down much faster. Cold weather seems to affect it too, and in reality most people will find they only manage 30-40 miles before they start searching for a socket.

The Twizy is a tiny car, so the battery is miniscule too compared to ‘proper’ electric cars. At just 6.1 kW it’s a tenth of the size of the one fitted to Nissan Leaf e+, for example.

There are no worries about the longevity of the battery in the Twizy though, as you’ll never actually own it. While you buy the rest of the car, you still have to pay a compulsory battery lease charge every month for as long as you own the Twizy. It varies between £45 and £67 per month, depending on the time you sign up for and the mileage you cover. That sounds like a bind, but it does guarantee the battery against defects.

There are literally millions of places where it should be possible to charge a Twizy, as it will plug into any standard three pin socket using a coiled cable which is attached to the nose of the car. If you have a garage or an outdoor plug, then you can just plug in and fill up the battery in about three and a half hours. There’s no need to have a special charge point installed, although it makes sense to have the electrics checked by an electrician to make sure they are up to the task of charging a car.

While this seems simple, it does actually limit charging at public points as most will not have a three-pin socket.