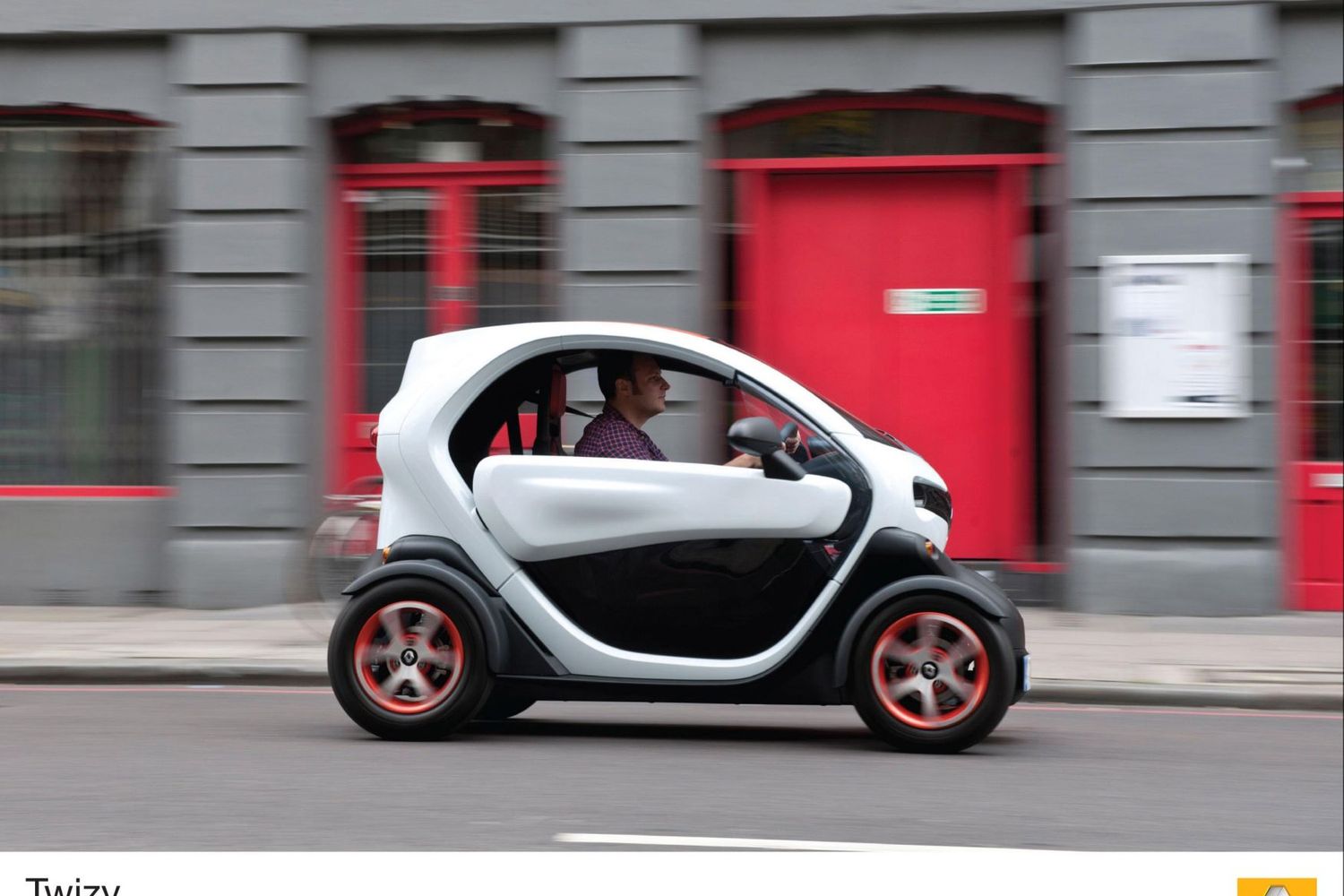 If you like being noticed, there are few better ways on four wheels to turn heads than in a Renault Twizy. The tiny two-seater attracts more attention than any supercar and yet it’s almost cheaper than walking.

Underneath the alien moon buggy looks, the Twizy is a pure electric car which is designed to be perfect for city driving. It’s safer than a motorbike but smaller than a car, making it easier to nip through gaps and down tight streets.

There’s room to take a friend too, as long as you’re not afraid to get close. They have to sit behind you in a tandem position which can cause some amusement. If you’ve not got anyone else on board, the extra seat can be used to stash luggage or shopping, so long as you’ve got some way of securing it. Otherwise you’ll have to use the Twizy’s tiny boot or the lockable cubby holes around the dashboard.

That’s about the only equipment you’ll get with a Twizy though. Even doors are an option – this is a car which is designed to be marginally more comfortable than a scooter. There’s a windscreen wiper, a digital instrument panel and that’s about it.

It’s a hoot to drive though. Its electric motor produces only 17bhp – about a quarter of the power produced by the average 1.0-litre small car. But it feels perfectly adequate around town, accelerating away from traffic lights and out of junctions keenly. The speed soon tails off though and with a top speed of 50mph, motorways can be a terrifying experience.

Sticking to the towns suits the range of the Twizy too. The 6.1kW battery is tiny, but can transport the baby Renault 50-ish miles before it needs a charge. In reality though, you’re going to start getting nervous of any journey over 30 miles. That’s plenty in a city, but not much good for a long commute.

Once you get to your destination, the Twizy doesn’t demand any fancy chargers. Any three-pin socket will do, and a cable is permanently fixed inside a cubby on the nose of the car. Plug in and the battery will be completely full after three and a half hours.

This simplicity ensures you can charge almost anywhere and don’t need a special point installed, but bear in mind that most public EV charge points are geared up for bigger electric vehicles and won’t actually have a three-pin socket. This will make it difficult to find a place to charge in a car park or by the roadside.

But the biggest downside of the Twizy is the cost. It’s relatively cheap to buy compared to other EVs and costs only about £1 to charge, but its limited range means it is not eligible for the government's grant. That makes it seem like quite an expensive toy compared to other city cars.