It might not be quite as revolutionary, interesting or small as the cars we'd expect to wear the Smart name, but the #1 is an sensible family electric hatchback with more power than it really needs.

“The size and price of the #1 will come as a bit of a shock to anyone who is used to Smart's city cars. But it seems to have all of the ingredients to be a real contender.”

“I was surprised at how fast the #1 is, and it can really be thrown around too. Just in case you were wondering, they really do pronounce the 'hashtag' part of the name. ” 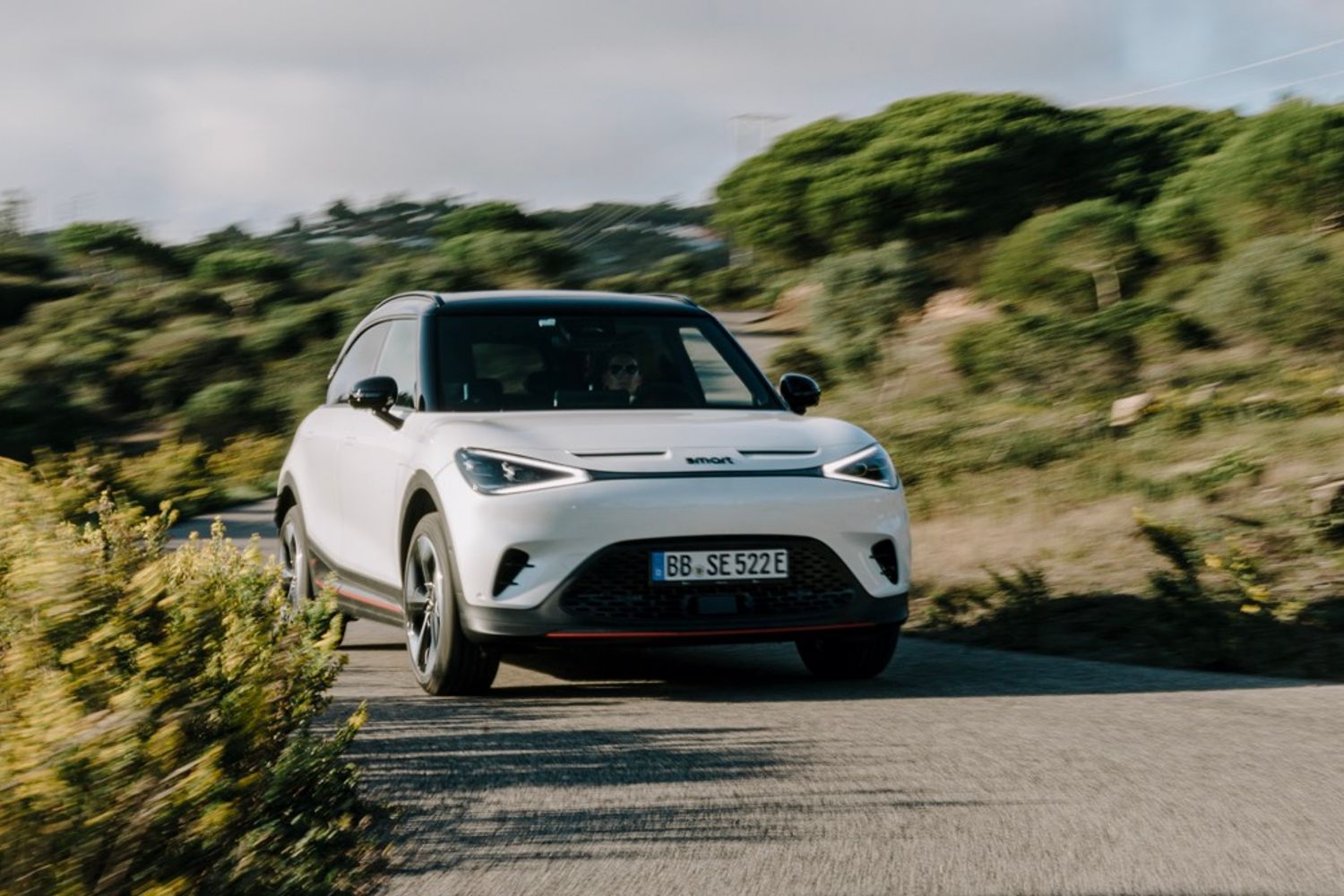 That’s history, and now we have a completely new kind of Smart. A pure electric, ultra-modern Smart, fit for a new age of electrified motoring. It’s the company’s first purpose-built electric car - the #1.

Developed as part of a joint venture between Mercedes and Chinese electric car giant Geely, the #1 will be the first of a range of all-electric cars that will be sold both in China and Europe.

Although Smart has traditionally been associated with small cars – the original CityCoupe and ForTwo were famed for their remarkably compact size – the #1 marks the start of a new era for the brand. Let's start off with the basics - we can confirm that the official name of this car is indeed the Smart Hashtag One.

The new model will be based on a set of underpinnings developed by Geely (owner of Lotus, Volvo, Polestar, among others) and known as the Sustainable Experience Architecture. It has a tall stance for a five-seat hatchback that’s shorter than something like a Nissan Leaf, but wider and taller - more square - and kind of soft-looking.

It means the #1 comes with a single 66kWh battery option and has a WLTP figure of between 260 and 273 miles. It will launch with 150kW DC fast charging capability and AC charging at a maximum of 22kW.

These specs, according to Smart, will allow the #1 to charge from 10-80% in under 30 minutes. In terms of layout and performance, the #1 will feature a single, rear-mounted 268bhp electric motor that generates 343Nm of torque. It's capable of accelerating from from 0-62mph in 6.7 seconds and has an entirely unnecessary top speed of 112mph.

That 268bhp is the same as the big, posh cars like an Audi Q7 and in a relatively small car like the Smart, it means it accelerates away from a standstill in a way which will surprise most sportscars.

It feels firm and sporty over the bumps too, which might not be good news for drivers who value comfort over cornering speeds but it ensures fun on a twisty road.

There’s brake regeneration, but if you need the actual brakes, they’re powerful and progressive. It still feels a bit heavy - but all electric cars do.

If that's not enough power for you, there’s another version of the Smart hashtag one that you should know about. It’s this: the Smart hashtag one Brabus. t’s got the same motor in the back as the rear-wheel drive one, and an extra motor up front to top it out over 400bhp. That’s 0-62mph in 3.9 seconds, speed fans. For a car that doesn’t look that aggressive - a proper wolf in sheep’s clothing.

Whichever version you choose, Smart has made sure that the bulbous shape makes the best use of interior space, and that the user interfaces are all top notch. The wheelbase – the space between the wheels – is 2,750mm, making it is longer than the overall length of the original Smart.

This delivers distinctly un-Smart-like levels of interior space. Thanks to a flat floor and wheels pushed to the corners, the interior offer generous levels of rear legroom.

The boot is small though - it can hold 273 litres of luggage with the rear seats in place, compared to 385 litres in a Volkswagen ID.3. A small 15-litre frunk sits underneath the bonnet, which is largely useless unless you need to hide a packet of wine gums. Smart say is will hold a charge cable and have the photos to prove it, but you’ll need super packing skills to cram it in.

In the cabin, Smart has incorporated an unusually high centre console that divides the driver and passenger areas. The main dashboard rail hosts a large 12.8” high resolution touch screen. A second 9.2” digital instrument cluster ahead of the steering wheel and 10’’ Head Up Display (HUD) ensures that drivers have plenty of information beamed at them.

Smart says the car is aimed at younger, tech-savvy buyers, so it plays host to a raft of connectivity features. A bespoke app will allow owners to lock the electrically-retracting door handles and will incorporate what Smart describes as an intelligent AI avatar that can be instructed to execute simple commands.

This is all good news, but we had a few technical issues with the unit in our car. Hopefully it will be fixed by the time the cars arrive with customers, but we thought it worth mentioning as so many other brands seem to be struggling to make their infotainment systems work properly.

Smart has yet to make any announcements relating to price, but given the specification and size, Electrifying.com would expect it to sell for between £32,000 and £38,000 when order books open. Don’t expect to get the cheaper versions first though. The #1 will initially be offered as a special Launch Edition which features gold interior trim, halo roof and white seating facings.

Would we buy one? We wish the boot was bigger and would swap some of the speed for a softer ride and cheaper price. Nearly £40,000 for a Smart will be a big ask for many buyers. But this feels like a car that’s really hit the ground running. Smart isn’t what it used to be, but in this case, revolution is better than evolution.