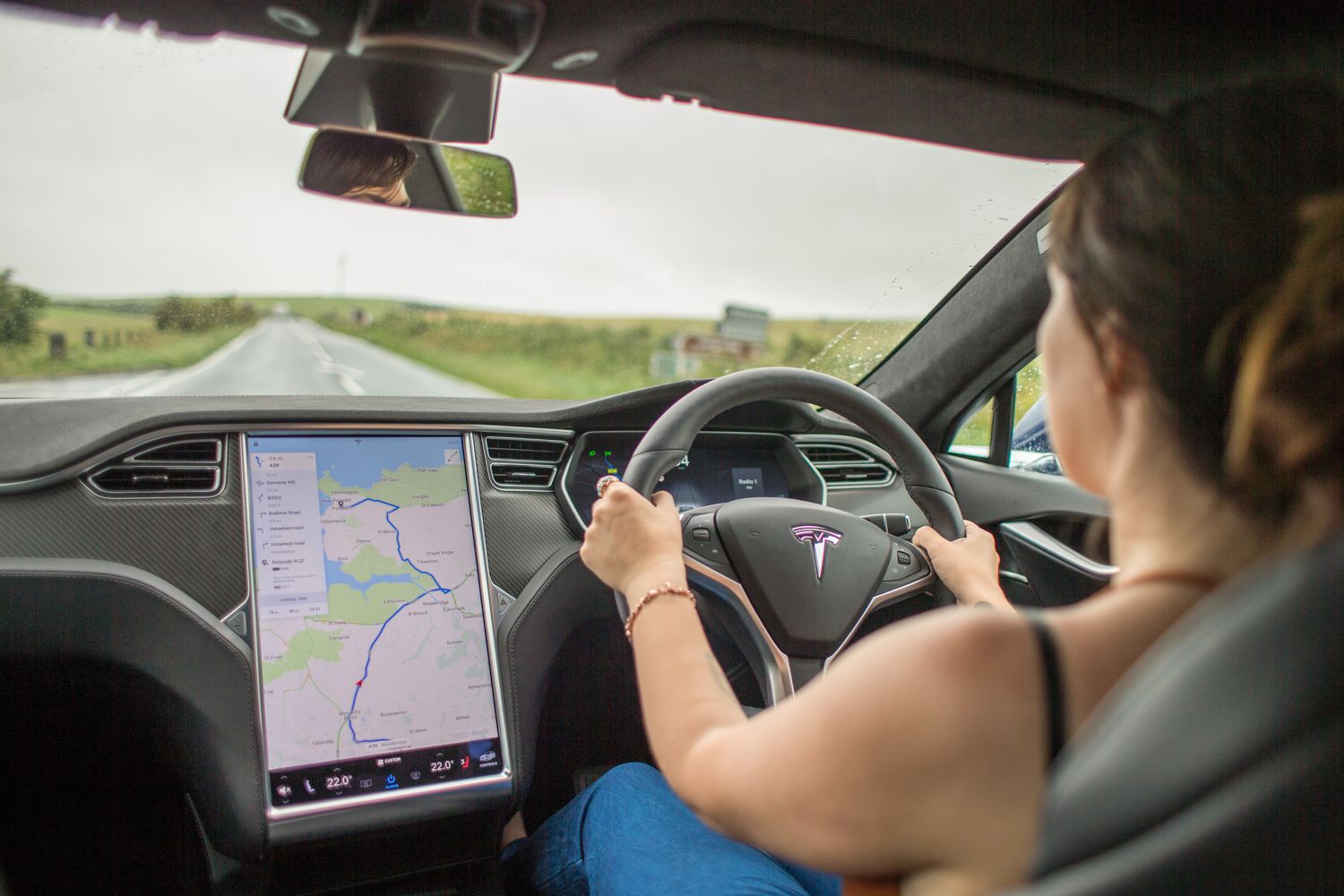 The Model S has the longest ranges of any electric car. It can use Tesla’s Supercharging network to top up quickly too.

There are now just two versions of the Model S, the Long Range and the Performance. As the name implies, one is about maximising the distance you can go between charges while the other puts more emphasis on speed.

In reality though, neither will be a compromise as the Long Range is still faster than most of its conventional rivals and the Performance has an officially measured range of 367 miles. In real-life use, expect to get closer to 300 miles depending on how and where you drive.

Both cars are hatchbacks rather than having a separate boot and are well equipped. But it’s possible to add five-figure sums to the price by ticking a few extras on the order form.

Now the Model S range has been simplified, there’s only one battery size available, and it’s a massive 100kWh. That’s one of the biggest available on any electric car and consequently gives the Tesla a huge range between recharges.

Bigger batteries take longer to charge of course, but Tesla have made sure the Model S can handle the heat created by rapid recharges by adding a cooling function.

As with all Teslas, the pack is mounted beneath the floor to give the maximum storage space but also to make sure this heavy part of the car is low down, making it much more stable when cornering.

The main advantage a Model S has over its newest rivals is the ability to use Tesla’s network of Superchargers. These can be found at service stations and other key transport hubs such as the Channel Tunnel terminal and allow the battery to be topped up quickly and reliably.

Charging the battery from 0-100% will still take hours, but 15 minutes should get enough power to take a Model S for another 100-120 miles. Tesla has offered Model S and X owners free Supercharging, but check if this is the case when you buy as the offer changes!

When you get to your destination, you may find Tesla has also installed charge points there. They feature at an increasing number of hotels, shopping centres, gyms and other places where you may appreciate a top up. These aren’t rapid chargers though, and are designed for longer stays where you can use the time your car spends parked up to take on some free ‘fuel’.

You can also charge at home, work or at a ‘normal’ public point too of course – just remember it will take time to ‘fill’ that big battery.