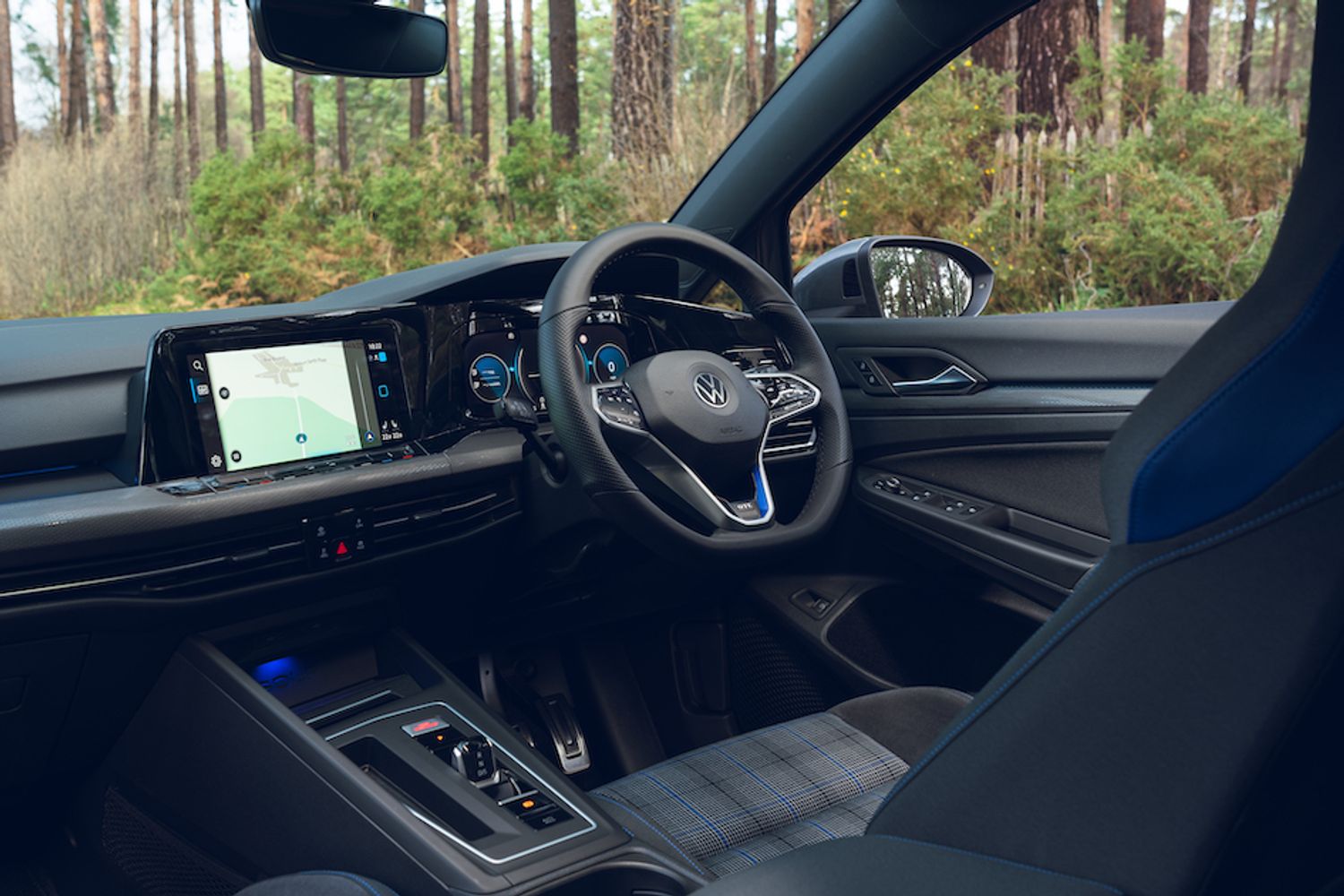 The Golf has loads of passenger space in the front and back, but the boot is disappointing and many would expect better of the car that’s often regarded as the benchmark family hatchback.

The plug-in hybrid (PHEV) Golf is a little disappointing on this front. The batteries take up all the underfloor storage space you get in the non-electrified Golf models, leaving it with only 273 litres of space. Granted, that space is usefully broad, with a good-sized boot opening, so lugging a lightweight buggy or big dog into the Golf GTE’s boot isn’t going to be a problem. But, many family hatchbacks need to take big chunky, double buggies or outdoor sports equipment, and with that sort of stuff the Golf is going to struggle in a way that the Skoda Octavia iV – especially the estate version – won’t.

The seats in the Golf do split 60/40 and fold flat, so getting a longer item in for the tip run won’t be a big issue, but by any measure of this class the Golf PHEV’s boot space is below par.

Rear passenger space is good, though, and even the lankiest of drivers and front passengers will feel comfortable.

The VW Golf GTE gets a big 10-inch colour touchscreen infotainment system, which is the focal point for the interior. It includes nav with charger search function, Bluetooth, digital radio, USB-C inputs, wireless phone charging and Apple CarPlay, Android Auto and smart voice control. The system is very advanced, with fantastic graphics, and a function that sees icons pop up as your hand gets close to the screen. It’s all very fancy, but it could be easier to use since the menus and functions aren’t all that intuitive, and - most annoyingly – the climate control pops up on screen when you prod the touch-sensitive temperature switches below the screen. All well and good, but it means leaving your nav screen just to change the temperature, and it’s all too easy to accidentally change the temperature when you’re using the screen.

Still, the configurable driver’s dials are clear and easy to read, and also offer a widescreen view of the nav map if you need it, so you’re never short of guidance. The new voice control is also much better than before, and is now fairly good at understanding natural commands, even if it’s a bit slow to respond and not infallible. You can even tell it that your feet are cold, and it’ll warm the foot well for you. Neat stuff.

A five star Euro NCAP rating for the 2019 VW Golf bring great peace of mind that it’s a very safe car, and that high score is no surprise given the standard safety equipment. On top of the usual six airbags and traction control, adaptive cruise control with stop-and-go function, autonomous emergency braking with pedestrian and cyclist detection, traffic sign recognition, lane-keep assist and blind spot warning are all included. As part of the ‘Travel Assist’ suite of semi-autonomous software that the GTE gets, the car even automatically detects the speed limit, approaching corners or junctions, and gently slows the car for you.

It’s clever stuff, and in practice it’s progressive and not too intrusive – although some drivers may be pleased to know that it’s easy to override the car’s efforts to stick to the speed limit, and you can turn Travel Assist off if you wish.

On top of that, the GTE gets LED matrix headlights as standard, which maintain constant, full beam brightness on dark roads without dazzling oncoming traffic. The only annoyance in terms of safety kit with the Golf GTE, is that a reversing camera costs extra.