ŠKODA looks set to ruffle a few feathers with rivals following the official unveiling of the brand’s all-new Enyaq iV. The family-sized SUV is set to arrive in the UK next Spring with prices that start from just £30,450 (inc Govt Grant). That’s a lot less than many competitors - including the Enyaq's stablemate, the Volkswagen ID3, which is currently only available in high-spec 1st Edition form. 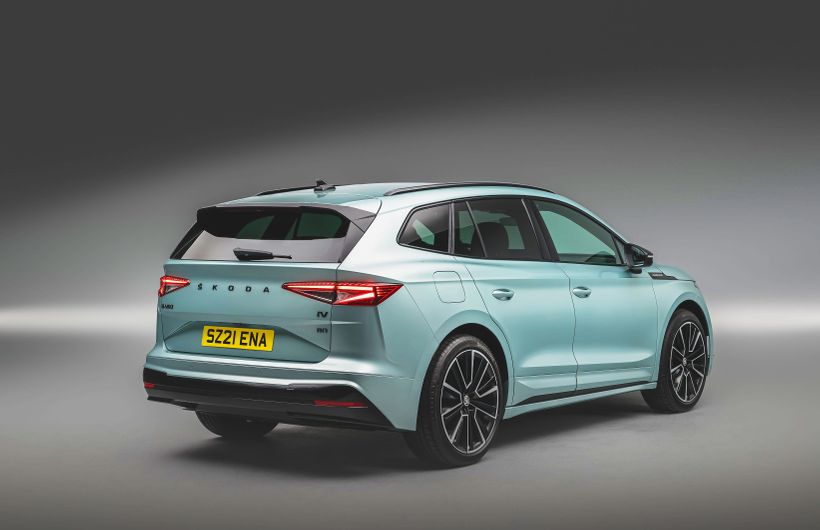 The Enyaq iV is the brand’s first vehicle to be based on the Volkswagen Group’s new electric car underpinnings - known as MEB. The Group will build around 25 different models on this ‘platform’ which is essentially a framework that contains the battery pack, motor and suspension.

ŠKODA will offer the Enyaq iV with two battery size options, two (rear-wheel drive) and four-wheel drive transmission and various model variants. These may well include sporty versions in the near future.

Batteries and charging
All Enyaq iV models have a minimum DC rapid charging capability of 50kW as standard with the option up upgrade to 100kW (for 62kWh battery) and 125kW (for 82kWh battery) DC charge rates. When equipped with the highest rate charger, the Enyaq iV can be charged from 10 to 80 per cent in just 38 minutes. 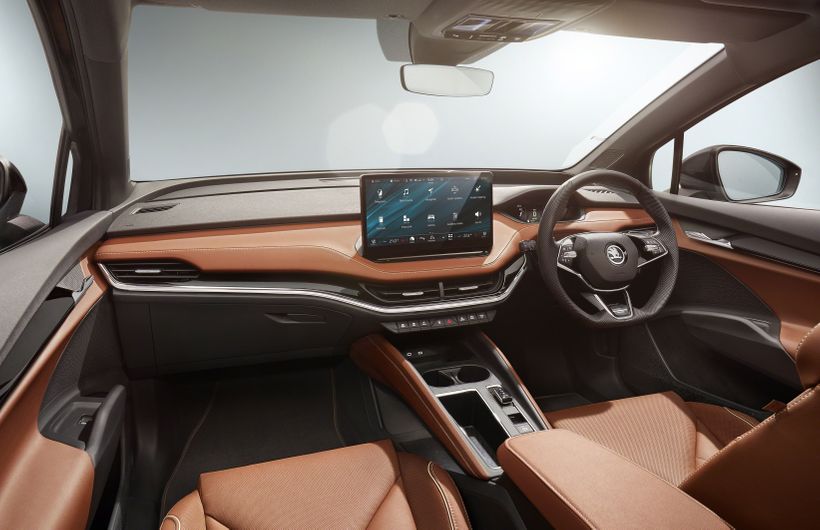 Suprisingly, the new Enyaq differs significantly from its Volkswagen stablemate in terms of interior design. Where the ID3 features a BMW i3-style cabin with dual screens and haptic touch-sensitive switches, the Enyaq iV offers a more traditional layout with a centrally-mounted drive controller and physical buttons on the dash. It also feature’s the brand’s third-generation infotainment system that was launched last year.

Measuring 4,648 millimetres long and 1,877 wide, the Enyaq iV promises a lot of space for buyers needing a big family car. Thanks to its all-electric platform, ŠKODA’s design team has been able to completely reimagine the Enyaq iV’s interior architecture. With the traction battery housed in the floor and a compact motor mounted beneath the boot floor, the Enyaq iV has what ŠKODA describes a a sector-best cabin with a boot capacity of 585 litres.

ŠKODA expects order books to open in November, with the first cars due in retailers by Spring 2021. 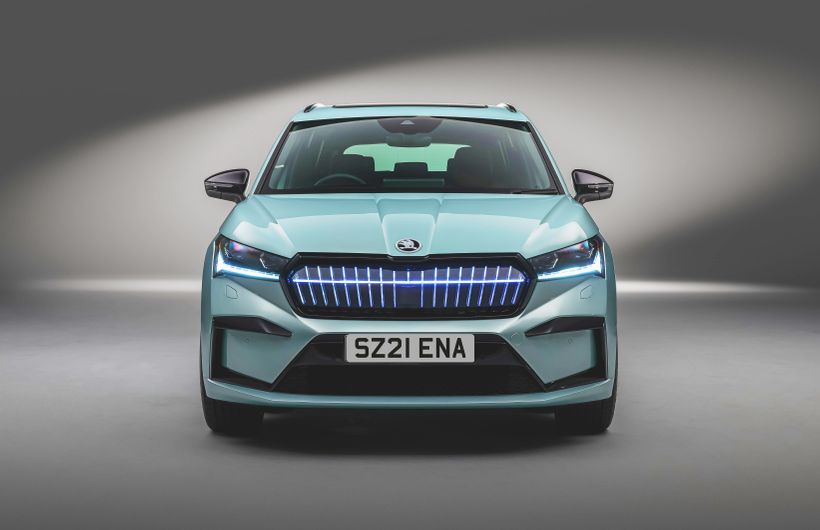