Volkswagen has thrown all its engineering might into creating its first dedicated electric car and hopes the ID.3 will bring electric power to the people.

Watch Ginny pitch it against a Nissan Leaf here

“We've been waiting a long time for this car. Does it live up to the hype? Mostly, yes it does. It's got a few rough edges, notably on the infotainment front, but the drivetrain and comfort levels are fantastic. I'm looking forward to seeing the range develop.”

“The first electric car I drove was a VW CityStromer back in ‘98. This is a hugely important car for Volkswagen and our first impressions are that the brand has done a fine job. We'll need to see how the range fills out to deliver a definitive verdict, but the signs are good.” 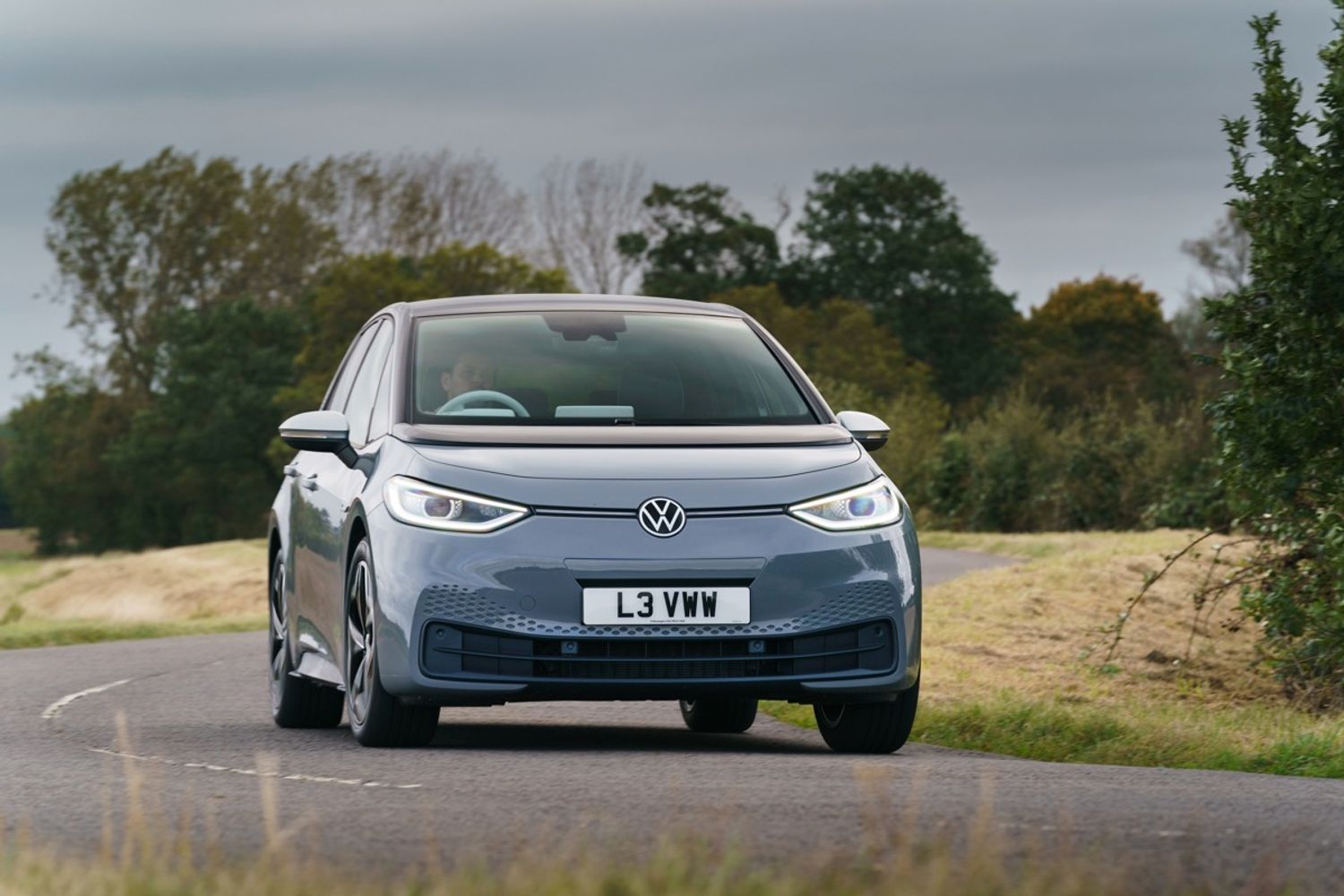 Volkswagen is investing massively in electric. It believes that it can produce the next ‘people’s car’ in the same way that it did with the original Beetle and then the Golf. The ID.3 is the car that it thinks will spearhead that revolution and is the first in a long series of interesting models it has planned, ranging from a beach buggy to a reborn version of its classic camper van. It's had a troubled start in life with delays caused by software problems, but we've tried the 'fixed' car to see if it really can bring power to the people.

It has dabbled before in electric cars, with battery-powered versions of the Golf and Up! city car, but the ID.3 is the first VW to be designed from the ground-up as an electric vehicle. All of its future EVs will use this structure and layout, so it has gone all-out to make sure it is impressive.

Volkswagen has been careful to make sure the ID.3 is easy to drive and to live with, so it will be instantly familiar to anyone in the way it works, feels and drives. There are no nasty surprises or things which will need you to change the way you drive, except swapping petrol stations for charge points.

How often you need to charge depends on the battery size you choose. There are three different sizes which means you can decide the best compromise between price and range for your lifestyle and needs. The bigger capacity power packs are obviously more expensive, so it only makes sense to choose one if you need to do long journeys frequently or don’t have access to a charger every day.

Even the smallest, cheapest battery should be able to cover an easy 175-200 miles on a charge though, and it can be topped up at a rapid charger to 80% in about 30 minutes. Those rapid charges will even be free for the first year if you can find a charger on the Ionity network.

While you wait for the charge, you’ll find the inside of the ID.3 is a nice place to be. It’s a little short on leg space as the batteries make the floor feel high, but there’s plenty of room above your head and the boot is bigger than a Golf’s too. There’s plenty of gadgets as well, especially on the top version. The quality is a real disappointment though, once you look past the places on the front where the driver will commonly touch. Back seat passengers especially will find themselves putting up with hard grey plastics which wouldn't be accepted in the basic Polo.

The plastics might not be refined, but the drive certainly is. When you’re back out on the road the ID.3 feels very Golf-like, but quieter. It’s smooth and fast without being as outrageous as a Tesla. Certainly the acceleration below 30 mph is more like a GTi than a 1.4, but once at higher speeds the punch tails off a little.

The most useful part is the steering, which turns a surprisingly long way, giving the ID.3 a really tight turning capability. It makes parking and manoeuvring much easier.

So could the ID.3 turn around VW fans and make them go electric? We reckon it could - but we hesitate to recommend it fully just yet. VW's software issues aren't 100% fixed. Yet the company is rushing to get the car to market so it can hit its emissions targets, which means the early cars will be updated later at dealers and "over the air" with a secure mobile data connections. It sounds a little unfinished for our liking, so we'd be tempted to wait. Everyone likes a VW Bug, just not when it's in their car's software.