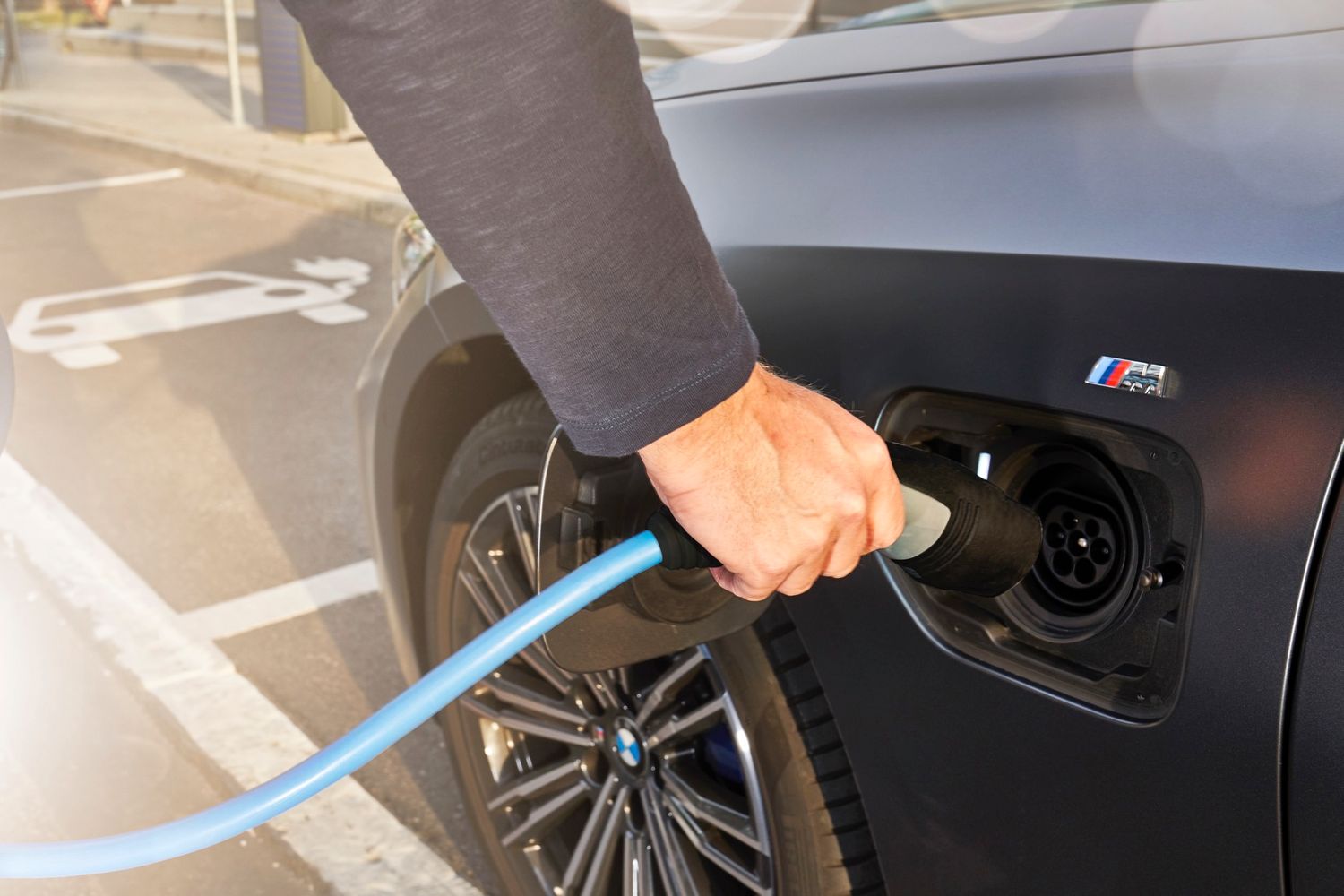 Short of a pure electric alternative, the BMW 330e offers the best electric range in its plug-in hybrid class, although faster charging would be a welcome addition.

The BMW’s pure electric range is very competitive with key rivals, and it also fares well in the real world. You can expect to see some 35 miles of pure electric running in the summer, especially if you spend a lot of time in town. That’ll drop to around 25 to 30 miles in winter and – as with any electric powertrain – motorway speeds will also eat away at your zero-emissions range more quickly.

Bear in mind that some 330e models will go further on electricity than others. A rear-wheel drive saloon version that comes on smaller wheels, such as the 330e SE, will offer the best potential range of just over 37 miles, according to official tests. Adding bigger wheels and/or going for the four-wheel drive ‘xDrive’ system have the biggest impact, with the 330e Touring xDrive Sport and M Sport models the least efficient with a 32 mile official range.

You can make the most of the 330e’s electric running by using the drive modes, which give you full control over when it is in pure electric mode, and also allow you to save battery charge for later in the journey. You can also simply leave it in Hybrid mode, and if your destination is in the nav the car will automatically use the petrol and electric motors in the most efficient way.

The BMW gets a 12kWh lithium-ion battery, but in fact only 10.4kWh of that is in use – the remainder is isolated since keeping some cells from being charged and discharged helps to preserve battery longevity and performance. That’s very much on a par with what you get in rivals, including the Mercedes C 300 e and Volvo S60 T8.

Less ideal is the battery warranty, which extends for six years and 60,000 miles. That’s substantially less than the eight year, 100,000 mile coverage that most rivals offer, including Tesla, Audi, Volkswagen, Mercedes and Volvo. There is also no guarantee against loss of performance in the BMW battery, either; many rivals promise to replace or refurbish the battery if it drops below 70% of its as-new performance. While owners suggest that the general reliability and performance of BMW batteries is good even after many years and a lot of mileage, the disappointing battery cover is one of our biggest gripes with the 330e.

Making the most of the BMW’s fuel-saving potential means plugging it in routinely. Most owners will do this at home or at work, and even if you’ve only got access to a three-pin socket it will only take about five and a half hours so is easily achievable overnight or in a working day.

A dedicated home wallbox is well worth getting, though, since it makes charging easier, quicker and safer. Plug into normal 7kW wallbox and the 330e will be fully charged in around three and a half hours. That’s the fastest charge you’ll get, though, regardless of how fast the charge point may be that you plug into. The BMW 330e has its charging speed capped at 3.7kW – similar to that offered in most PHEVs, but half the peak charging speed that a Mercedes E 300 e offers.

The 330e is compatible with any Type 2 charger, which is the European standard EV socket and includes your home and office wallboxes, as well as most of the public chargers you find in shopping centres and supermarket car parks. It also comes with a 5-metre cable as standard to allow you to plug into those chargers, and an 8-metre cable is a £195 option. It is not compatible with CCS or CHAdeMO rapid chargers that you often find in motorway services.

« ReviewPracticality »
Own a BMW 330e or looking to buy? Tell us about your experience