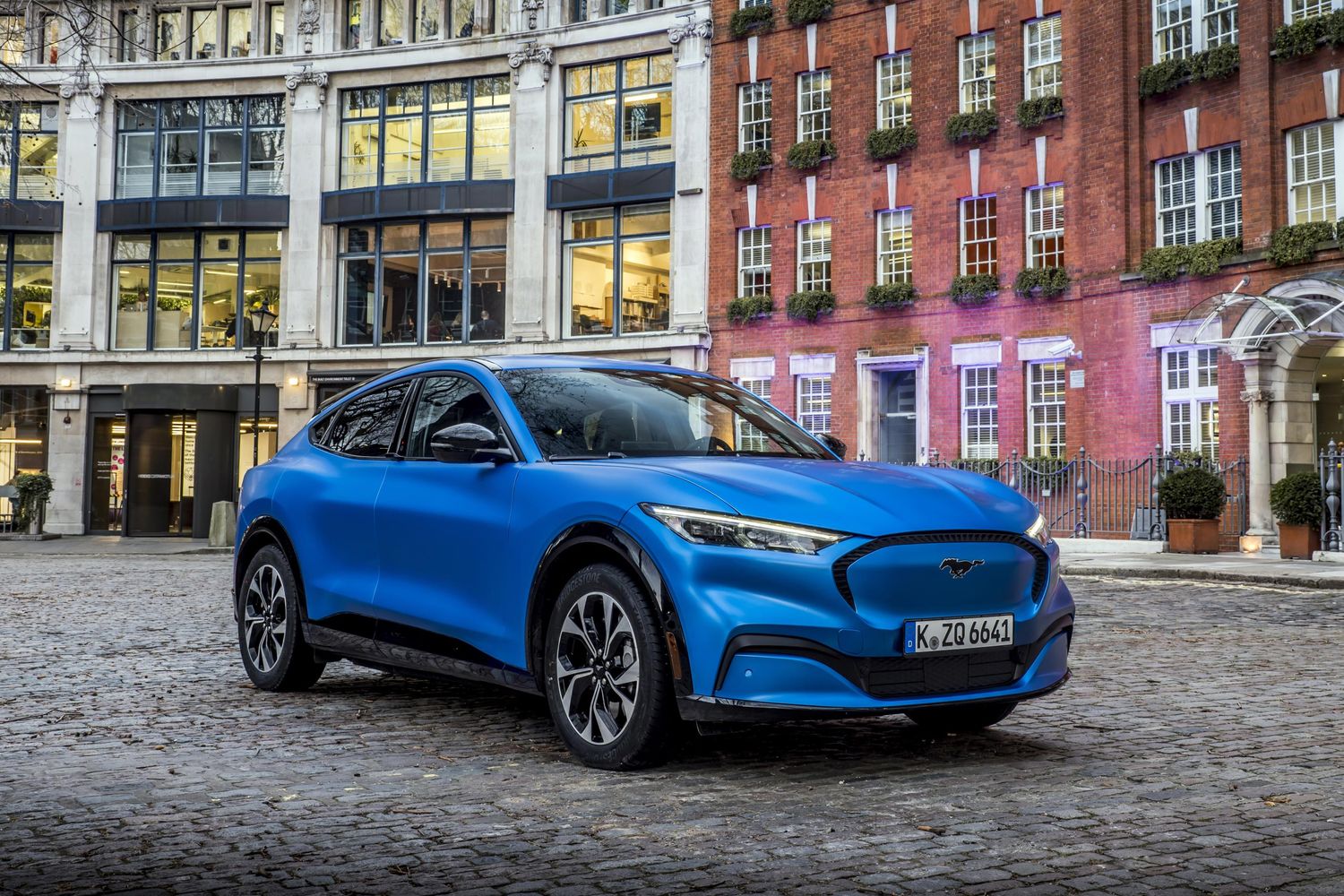 ​Its relations are sporting V8 powered coupes, but the Mach E’s shift to electric for the Mustang brand also brings with it some additional practicality.

The Mustang Mach E feels pretty spacious up front, while that coupe-like roofline might suggest it’s tight in the back, but it’s actually reasonably comfortable, if not quite as airy for headroom as some more obviously SUV-shaped rivals, for adult passengers behind the driver and front passenger. Legroom is a little cramped in the back too, especially compared to a car like the VW ID.4. Boot space is pretty decent though (but still behind the ID.4), but there’s also a 100 litre "Frunk" at the front, which is plastic lined and even has a drain – perfect for muddy boots and sports kit. The rear seats fold if you need maximum luggage space, doing so giving a capacity of 1,420 litres.

There’s a good amount of oddment storage in the cabin, with the central cubby being particularly deep and capacious, while there’s plenty of other places to lose phones wallets and suchlike in the well thought out interior. If you need to tow with it, the Mach E, in any form, has a trailer weight of 750kg.

The inside clearly has a nod to Tesla (and perhaps Polestar) too, with a dashboard dominated by a huge 15.5” iPad-like infotainment touch screen. It looks after a few too many functions for our liking, but it isn’t quite as all-or-nothing as the Tesla Model 3’s tech and there is at least still a smattering of dials in front of the driver to make the initial drive less intimidating. It’ll respond to voice inputs, too, while Ford’s next generation SYNC technology allows up to 80 vehicle settings to be customised, from temperature and seat position, to the colour of the ambient lighting.

There’s ‘Machine Learning’ which the car to anticipate drivers’ habits over time, learning from each user’s routines to make the navigation and communication suggestions at the right time. There’s the potential to use your smartphone as a key too, but sadly this won’t be available in the UK at launch.

There’s a wireless charging pad for your smartphone, a hands-free tailgate, 10.2-inch digital instrument display as standard, with the Extended Range model adding some tech to the standard equipment list like a 360 degree camera and the Bang & Olufsen audio, among other kit, being added with the larger battery choice. All come with Apple CarPlay and Android Auto connectivity, these being wireless, too.

There are active safety aids, too, depending on the model you pick, but the Mach E can be had with Active Park Assist with a 360 degree camera, Post Impact Braking, Cross Traffic Alert, Pre-Collision Assist with Automatic Emergency Braking, Intelligent Adaptive Cruise Control, Lane Keeping Assist with Blind Spot Monitoring and more besides. Safety isn’t sexy, admittedly, but it’d be good if Ford allowed its customers to know what their getting while/when ordering via the website, rather than having to hunt for it on a pricelist elsewhere

« RangePerformance »
Own a Ford Mustang Mach-E or looking to buy? Tell us about your experience